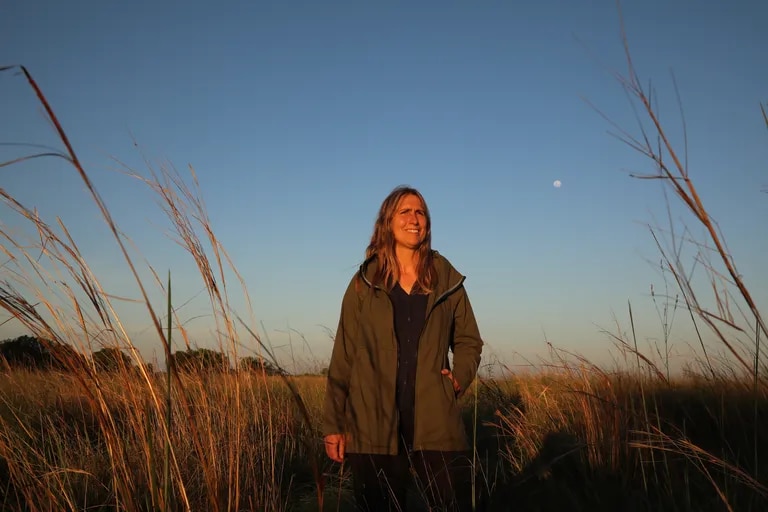 Surrounded by forests, the boundless horizon of Patagonia and the song of birds Sophia Heinonen They allow you to keep a sense of your place in the world.

This biologist, environmentalist and executive director Rewilding Argentina Foundation, whose main occupation for more than 30 years has been thinking about strategies to protect and conserve the country’s protected areas. His flagship project, since 2005, The Wetland restoration Largest in the country: The Ibera Marshes.

Today, Heinonen was recognized One of the 100 most influential women in the world by the British news website BBC. “It was a big surprise,” said the biologist Nation About difference-, but welcome to talk about healthy nature and the need to stop the destructive crisis and climate change if we want to continue to be a part of this planet.

About the executive director of Rewilding Argentina, the news portal names her “Guardian” and mentions his work: “He is a biologist Biodiversity He led the first efforts to reverse the extinction crisis in South America through the reintroduction of species in the Esteros del Iberá.

In this regard, with great humility, Heinonen congratulated his team, stressing: “This year’s restoration work in Argentina stands out, Jaguar was unveiled at Ibera, I am very happy. . We are a great team with many women and men working hard on the pitch.

Currently, he continues to work in the country’s largest wetland, the impenetrable Chaco, and Patagonia. He highlighted the main problems they were facing “Severe drought is coming”.

“What happened in February – because of the disaster Fires hit Corrientes province– Never again. Since then, we have been training in fire management, recovering burnt infrastructure and building fire barriers and in better coordination with national and provincial park management to prevent catastrophic fires in time. A lot needs to change at the cultural level regarding the use of fire, such as burning garbage or burning fields for use by livestock in the dry season, which cannot be achieved in a few months,” he explained.

“Activist by nature,” is how they define it on the website of the Rewilding Argentina Foundation. His work and interest in protecting the environment, as he explained, is fueled by the anguish of losing natural spaces.

“It leads me to want to act to stop the destruction that allows us to live. I felt that because I was a woman Conservation of nature is a priority. Meanwhile, at my house they take care of social emergencies in the big city. At the end of the day the two are connected,” he said.

Regarding the future, Heinonen is decisive: “We must act now.” And he added: “The next few years will be fundamental to the well-being of our children and what we leave to future generations. We must stop extinctions because only with healthy nature (intact and functional ecosystems) can we reverse it. Climate change. Nature is the best solution to reduce the temperature and restore the mess we have created with the use of oil since the industrial revolution. To accelerate carbon sequestration, we need to stop exterminating and reintroducing extinct species.