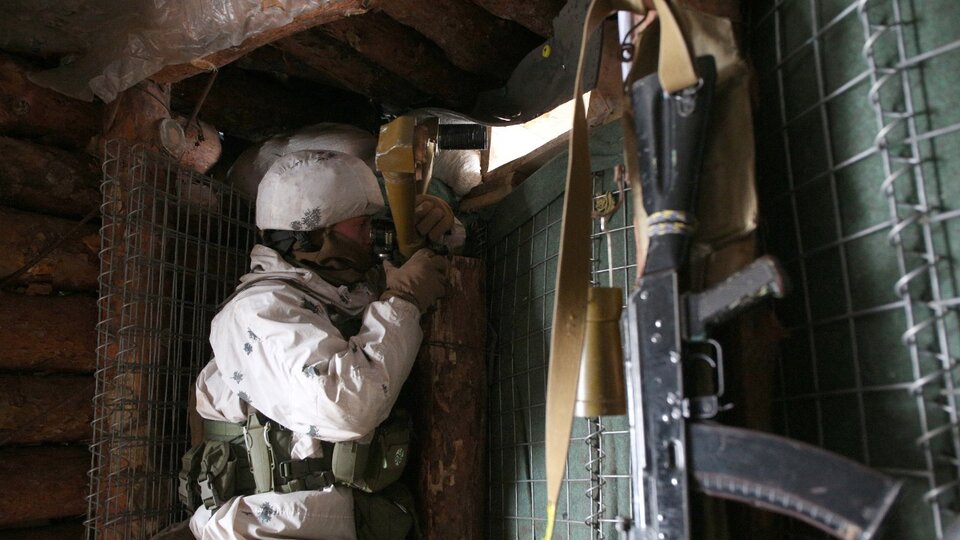 Challenges facing the world today – from climate crisis to epidemic, from worsening Cold War From the increase in human rights violations to the rapid growth in the number of refugees and starving people) to the risk of a nuclear conflict Active UN intervention, its mandate also includes the task of maintaining peace And collective security, as well as the promotion of security and human rights.

Of the many actions that the UN can intervene, the most important is peace and security, especially as the Cold War worsens. Initiated by Donald Trump And continued with enthusiasm According to Joe Biden, a new Cold War is under way, apparently for two purposes: China and RussiaAnd two fronts, Taiwan and Ukraine. In principle, it seems irrational for a power to fall To us, Simultaneously engaging in conflict on two fronts. In addition, unlike what happened in the previous Cold War, at the crossroads with the Soviet Union, China is a major economic powerhouse and a major lender to US public debt. It surpassed the United States as the world’s largest economy, and in 2018 had more scientific output than the United States for the first time, according to the U.S. National Science Foundation. Similarly, logic would instruct the United States not only to separate Russia from China as an ally and adversary, but also to protect the energy and geo-strategic needs of its historically friendly ally Europe. The same logic instructs the EU to take into account the historical and economic relations of Central Europe with Russia. Ostpolitik De Willy brand).

This is especially worrying Neocon (Radical conservative politicians and strategists who have dominated US foreign policy since the 2001 attack on the Twin Towers) are intensifying hostility with Russia and, at the same time, urging the US to prepare for war with China. Decade, a new type of hot war (war with artificial intelligence methods). International media power Neocon Is awesome. With preparations for the 2003 invasion of Iraq, we see a dangerous unity among foreign policy critics in the Western world. Suddenly, China, which until now has been an important and trusted trading partner, is turning into a dictatorship that grossly violates human rights and a vicious force that wants to control the world, with motives that need to be neutralized at all costs. For its part, Russia, to this day, is seen as a strategic partner (such as the nuclear deal with Iran) now ruled by a dictatorial and aggressive president, Vladimir Putin, who wants to invade democratic Ukraine. To defend it, the United States will help militarily, for which Ukraine must join NATO. This description, though false, is reproduced without contradiction Washington Post And in New York Times, Later multiplied by Reuters and the Associated Press and confirmed by reports from US embassies. Western commentators simply revisit it without criticism. In view of this, it is urgent that UN intervention be heard and felt to prevent the slide of World War III.

See also  Statements by the key witness and Milman, two unknowns clashing in the judiciary

The UN has ample information that allows it to oppose this story and actively intervene to neutralize its destructive power. Ukraine is a country linguistically divided mainly between the western part of Ukraine and mostly the eastern part of Russia. Throughout the 2000s, elections and opinion polls expressed opposition between the European Union and NATO-backed West; The pro-Russian East on the other hand. With regard to energy resources, Ukraine, like other European countries, is 72% dependent on natural gas from Russia (Germany is 39% dependent), which gives an idea of ​​Russia’s negotiating power in this area. From the end of the Soviet Union, The United States is trying to oust Ukraine from Russia’s orbit It should integrate with the Western world and, in fact, turn the Russian border into a pro-US stronghold. The strategy has two pillars: the military integration of Ukraine with NATO (recognized at the Bucharest Summit in 2008, as well as Georgia, another country bordering Russia), and its economic integration with the European Union.

The Orange Revolution, or, conversely, the February 22, 2014 coup, was strongly supported by the United States as an excuse to accelerate Western strategy. The immediate reason for this was President Yanukovych’s refusal to sign an economic integration agreement with the EU, which had left Russia. Following the protests, social unrest and brutal government repression killed more than 60 people. (It is now known that more armed fascist groups were also in the opposition). On February 22, the president was forced to leave the country. The US-led “democratic development” produced the results: The “Orange Revolution” began its anti-Russian policy. Russia has warned that Ukraine’s membership in NATO and its exclusive integration into the European Union pose a “direct threat” to Russia. In the following months, Russia invaded Crimea, where there was already an important military base.

In 2014 and 2015, the Minsk Protocols were signed with the mediation of Russia, France and Germany. The ethno-linguistic uniqueness of the Don River (Donbass) region (mostly Russian-speaking) was recognized and organized for the establishment of a self-governing body for the region in accordance with Ukrainian and Ukrainian law (which includes parts of the Donetsk and Luhansk districts). Ukraine has never followed these protocols. Tensions are now rising again with Russia’s intention to invade Ukraine. It is also likely If NATO, the United States and the European Union continue their hostile policy (certainly only to Russia’s eastern Ukraine). In the face of all this, one has to wonder whether it is Russia or the United States that is creating problems in the region. We all remember the 1962 missile crisis proposed by the Soviet Union to install missiles in Cuba. The North American reaction was final; This was a direct threat to US sovereignty and under no circumstances would such weapons be accepted within its borders. Even the warning of a nuclear war rang out. Is this reaction very different from Russia’s current reaction to the prospect of Ukraine joining NATO? Report of the meeting between the US Secretary of State in 2017 James Baker Y Mikhail Gorbachev Held on February 9, 1990. At that meeting, it was agreed that NATO would not “expand a centimeter east” if Russia helped reunite with Germany (http://nsarchive.gwu.edu) Nine years later, Poland, Hungary and the Czech Republic joined NATO, despite the Warsaw Pact. In 2000, no commentator remembered. When he came to power, Vladimir Putin publicly expressed his desire for Russia to join NATO. And in the EU, Russia will be “not isolated in Europe.” Both requests were rejected.

With this in mind, the UN recognizes that Russia is not the only occupying force in the current conflict, and that Ukraine’s compliance with the Minsk agreements for a ceasefire is sufficient. Why can’t Ukraine be a neutral country like Finland, Austria or Sweden? If war breaks out in this region, the battlefield will be Europe, not the United States. The same Europe that emerged seventy years ago from the hell of two world wars that resulted in nearly 100 million deaths. UN If it wants to be the voice of peace and security stated in its mandate, it must take a very active and independent position from the countries concerned. Want to find out In place What is happening in the territories where the major powers are facing each other and preparing for hegemonic wars, in which the lesser allies will probably suffer the consequences and give their lives (Taiwan or Ukraine) – the so-called Proxy wars– Although the policy of aggression “regime change” targets Russia and China, with the end result it is the same as in Iraq, Libya or Afghanistan. The world needs to hear the official voices that do not repeat the screenplay imposed by the contestants. The most powerful of all is the voice of the UN.