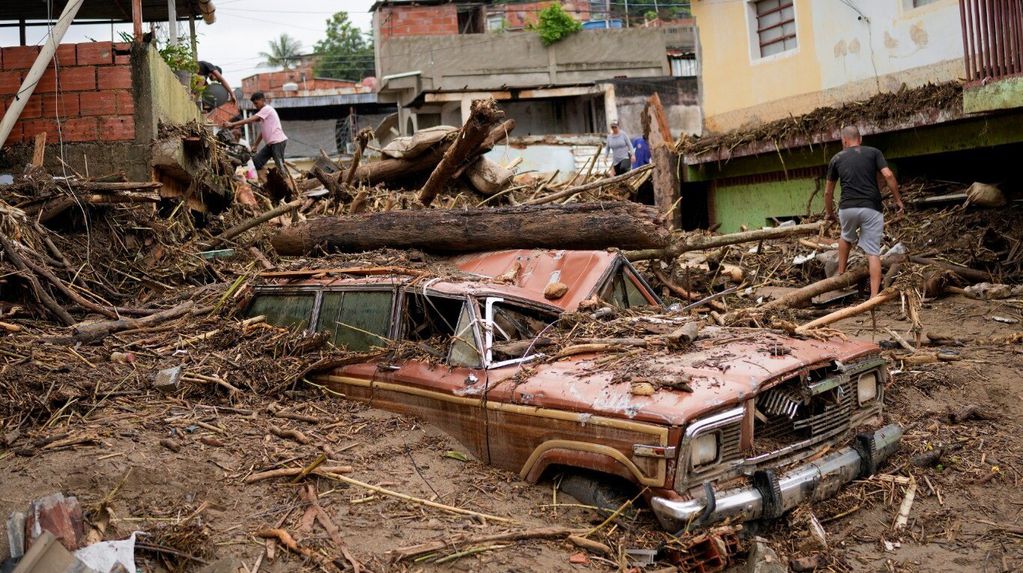 At least 25 people died 52 people are missing as a result of heavy rains in Tejerias, Aragua province in the central region. Venezuela.

A torrential downpour swept away homes this Saturday, flooding urban furniture and city streets, destroying everything in its path.

I also read: The story of a survivor of Nicolás Maduro’s “machine of terror”: “I didn’t see the sun for five months”

The President said the government has dispatched rescue agencies, civil defense, as well as maintenance and cleaning personnel and personnel of various agencies for “comprehensive care of the people”. Nicolás Maduro via his Twitter account.

A “massive landslide” has caused a tragedy in central Venezuela

Executive Vice President, Delsey Rodriguez, It has been reported that 22 people have been killed and 52 people have gone missing. But detectives from the Crime and Forensic Science Investigation Branch later informed EFE The number has risen to 25, two of whom are minors.

And, he said, it was decreed at the behest of President Maduro.Sorrow zone“The City of Tegerias and Three Days of Mourning.

Rodriguez indicated that security agencies, including the Bolivarian National Armed Forces (FANB), have been stationed at the disaster site to continue searching for the missing and those still trapped.

“We are trying to rescue those we can and offer our condolences to all the people who have lost a loved one,” he added.

See also  An unexpected discovery in the Atacama Trench at a depth of 8,000 meters has everyone worried.

I also read: Amnesty International criticizes government for its stance on Venezuela: “against human rights”

The official announced that “important” shelters will be set up in Aragua state to replace all those who lost their homes.

On the other hand, Rodriguez explained that water service is interrupted because the force of the water from the creek pulls down the submersible pipes.

According to national, regional and local agencies, the death toll from heavy rains in various parts of the country in the past two weeks has risen to 42.