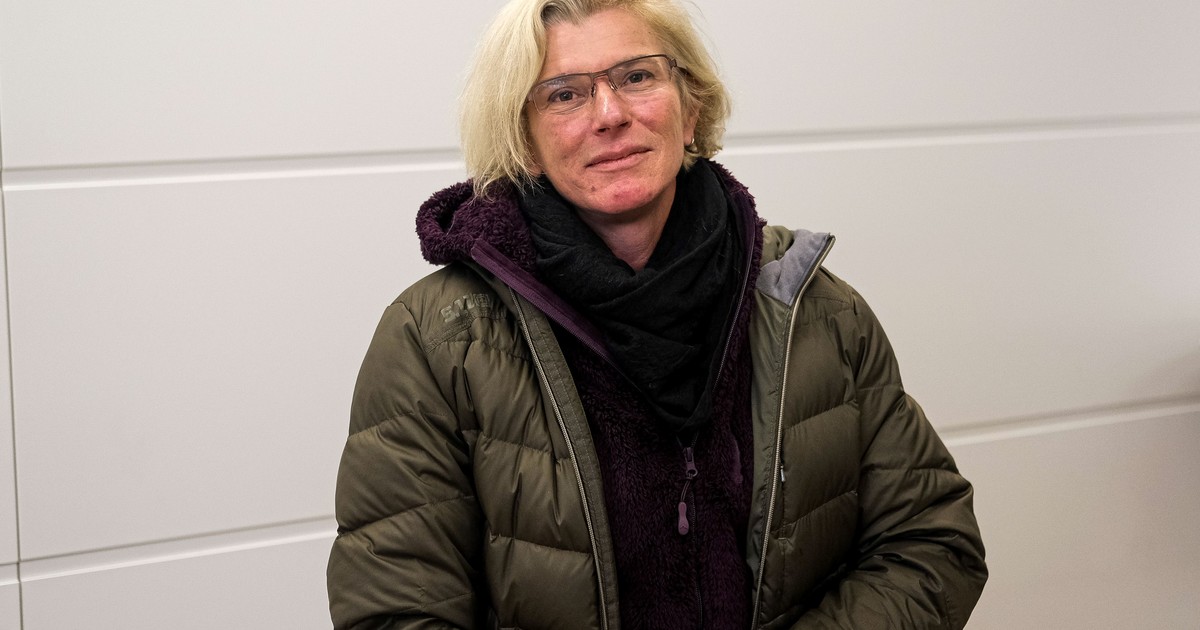 Yulia Byvska spent three months in a Russian detention center and was able to thanks to a prisoner exchange.

Incessant beatings, physical and psychological torture, hunger, overcrowding and lack of health care. This was the hell that volunteer doctor Yulia Byevska experienced during her three months of captivity in a Russian detention center.

“In my case I They were tortured with electric shocks“, he mentions.

“In general, the physical violence is constant and arbitrary. They hit us for whatever reason with the few pipes they had,” the Ukrainian doctor tells EFE, his voice breaking.

Mariupol was one of the cities hit hardest by the Russian forces. Photo: REUTERS

Byewska, 53, traveled to Vienna to describe her months in captivity to representatives of the Organization for Security and Co-operation in Europe (OSCE), prompting condemnation. Inhuman treatment by Ukrainian prisoners In Russian hands.

The volunteer, known in Ukraine by the nickname “Tyra,” a character from the World of Warcraft video game, is known in her country. In 2014, he founded Los Angeles de Tierra, a group of volunteer doctors that cares for the wounded in the Donbass.

This was between 2018 and 2020 Head of a military hospital in Mariupol Later he continued to work as a volunteer. After the Russian invasion and siege of Mariupol on 24 February, he helped civilians escape from the city under constant bombardment.

During her three-month captivity – she was captured on March 16 – in the occupied Donetsk region, she was unable to communicate with her husband and daughter. His release on June 17, which became a symbol of protest, was announced by Ukrainian President Volodymyr Zelensky.

Byewska told EFE that she was held in solitary confinement He was without medicine for ten days For the thyroid. Later, she had to share a cell measuring just 12 square meters with 21 women.

There were only ten beds, and the guards forbade them to sit or rest during the day. Physical violence continued.

“If someone got sick in our cell, we were very troubled because we knew that if someone came in they would do it with a beating,” he says.

Byewska explains that the conditions in the centers where she was found were terrible and that they did not have enough warm clothes. Patients were not treated Any doctor.

And it describes two women who survived heart attacks, and the only thing they got to save them was permission to sit down.

Sanitary conditions are also poor: “In He was able to bathe only once in three months“, Ra Chi Tu.

“When women bathed, they did so in full view of the male guards. It was very humiliating for many and affected them psychologically,” he adds.

Baievska He lost more than 15 kg Due to lack of food. There were no basic hygiene items: “They didn’t give us toothpaste, or a brush, nothing. They didn’t even give us towels,” he lamented.

Many of his colleagues had psychological problems due to the situation: “They constantly tried to humiliate us,” he says, explaining that they were always made to sing the Russian anthem or pro-Russian slogans or insulted them. They are “Nazis” and “Fascists”..

He says it’s a way to “dehumanize” them, and says he can’t divulge many other details for fear of harming the prisoners still in Russian hands.

Red Cross, UN Or that no international organization has been able to do, Bieszka complains. Access Russian detention centers Calls on the international community to increase pressure on the occupied territories of Ukraine and Russia.

The fact that the volunteer was a well-known figure and had circulated some pictures of his work before being captured allowed the prisoners to enter the exchange.

The day before his arrest, Biewska handed over a memory card containing more than 200 GB. Films documenting his workTreating all kinds of injured, including two journalists from an American news agency Associated Press Its creator from Mariupol.

Biewska believes that people are responsible for this inhumane treatment Can be held accountable In the future before Ukrainian justice.

“If these crimes are not punished, they will be repeated. It is in everyone’s interest that these behaviors are punished,” he says.

Her story and her experiences are consistent with UN complaints about the mistreatment of Ukrainian detainees in Russian detention centers.

This Tuesday, the work of United Nations human rights monitors working in Ukraine was confirmed with “considerable certainty”. A series of tortures by Russian forces and their partners, by methods including electric shock, beating or burning.

Although prisoners were tortured on both sides, UN experts say that the torture of those prisoners The Russian side has a “formal” character.

See also  Corona virus: What is known, unknown and wanted to know about the Omigron variant? | To deepen the impact, they warn that "spread time is too short".