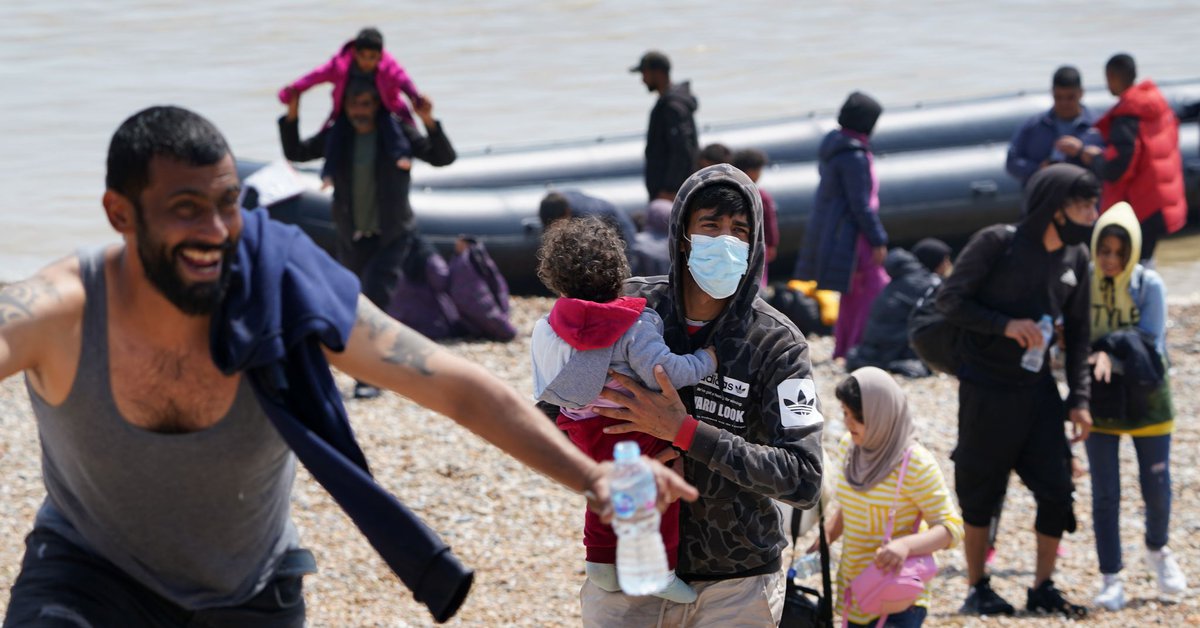 About a thousand immigrants crossed the English Channel in boats and entered the United Kingdom on Thursday, a record in a single day., Described the situation as “unacceptable”, according to data from the British Home Office.

Several boats of the British Border Force took several boats with the settlers to the port of Dover., In the south-east of England, to prevent them from being endangered.

The number on Thursday was higher than on November 3, with a total of 853 people traveling through the canal water.

So far this year more than 23,000 people have crossed the canal in boats from France to England.

File – Immigrants off the British coast of Duncanus, Kent County, arrived in a small boat across the English Channel. Photo: Gareth Fuller / PA Wire / DPA – For pre-contract use only

A spokesman for the Interior Ministry described the criminal groups as “ruthless” profiting from the plight of these immigrants.

In addition, Three immigrants who tried to secretly cross the English Channel at Kayaks went missing this Friday With the intention of reaching England, the French authorities announced.

Maritime officials completed the search Thursday night They do not plan to restart them this Friday, Refers to the channel and the maritime prefecture of the North Sea.

The province said in a statement on Thursday morning that they were located in front of the French city of Calais Two kayaks wander.

“Two executives can be rescued by the National Police ship Eulimène. Unfortunately, the fugitives indicated that three more were missing., The report says.

Maritime officers conducted a search operation in which they were mobilized Two boats and a helicopterBut the missing trio could not be found.

In total, Three people have died and four are missing in the English Channel by 2021.

Relations between Paris and London that control irregular migration flows have historically been strained, especially since Brexit, and today they are governed by the Docket Agreements signed in 2003 by the then Interior Minister. Nicolas Sarkozy.

Among them, the strengthening of restrictions on French territory has been established, which is an almost mandatory place to reach the United Kingdom. There, its authorities have the power to impose additional restrictions.

These agreements have been criticized by many voluntary charities because, as they denounce, they are dragging immigrants indefinitely and provoking lucky sectors such as the internationally condemned Calais for their unhealthy conditions.

(With information from EFE, AFP and Europa Press)

Tension on the English Channel migration route: France calls for an agreement between the United Kingdom and the European Union
The UK will intercept migrant ships crossing the canal and send them back to France
Tensions between France and the United Kingdom continue after Brexit: Boris Johnson pledges to protect British interests