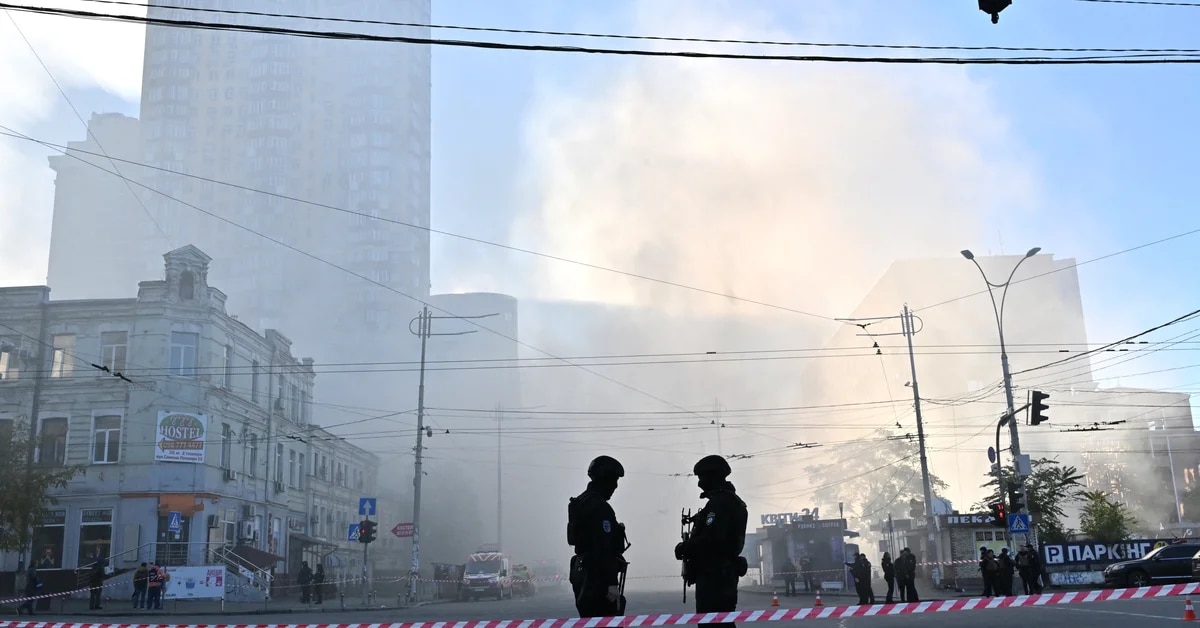 A “dirty bomb” is an explosive device that, once detonated, spreads radioactive material into the atmosphere and onto the ground (Photo by Sergey Chubinsky/AFP)

The US is concerned about Russia’s “false accusations” that Ukraine plans to use it “Dirty Bomb” Used as a pretext for further encroachment on Ukrainian territory.

“We reject Russia’s patently false allegation that Ukraine is preparing to use a dirty bomb on its own territory,” a White House spokesman said. Karine Jean-Pierre At his daily press conference.

A “dirty bomb” is an explosive device that, once detonated, spreads radioactive elements into the atmosphere and onto the ground surface.

This may interest you: What are dirty bombs: Radioactive but not nuclear, never used in war

Jean-Pierre recalled that Ukrainian Foreign Minister Dmytro Kuleba had a telephone conversation with the Director General of the International Atomic Energy Agency (IAEA) on Monday. Raphael CrociInvite a team of experts to inspect Ukrainian facilities.

In parallel, Kuleba revealed on Twitter that he had spoken with his US counterpart, Anthony Blinken, and they both agreed that “Russia’s ‘dirty bomb’ disinformation campaign may be aimed at creating a pretext.” False flag”A covert operation designed to appear to have been conducted by Russia, that is, by someone else.

This might interest you: Dirty bombs, which are radioactive but not nuclear, have never been used in war

A Kremlin spokesman, Dmitry PeskovThe threat of a “dirty bomb” being used by Ukrainian authorities was “real”, it assured on Monday.

“The fact that there is distrust in the information provided by the Russian side does not mean that there is no threat of using a ‘dirty bomb’. The threat is real,” Peskov said, citing the Russian Defense Minister. Sergei Shoiguto their counterparts in the US, UK and France. 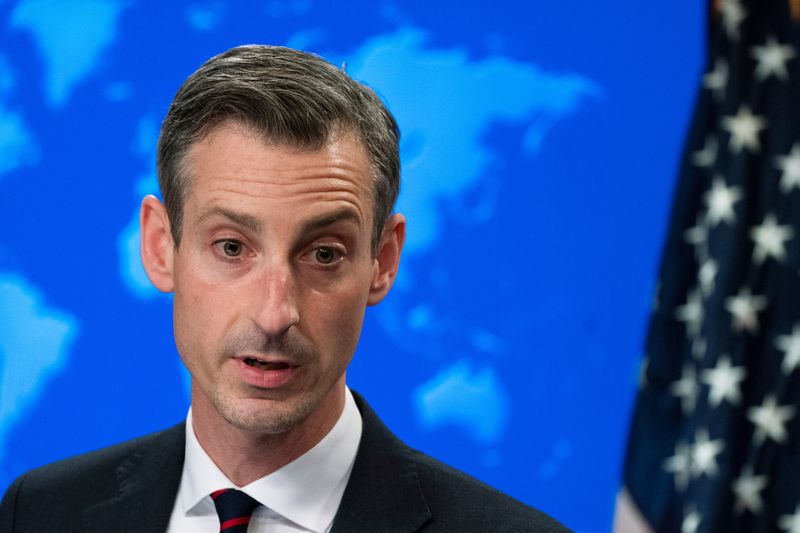 A US State Department spokesman said Russia would face consequences if it used a “dirty bomb” or any other nuclear weapon. Net price.

“The use of a so-called ‘dirty bomb’ is certainly another example of President Putin’s brutality. Whether Russia uses a ‘dirty bomb’ or a nuclear bomb, there will be consequences. We’ve been very clear about that,” Price told reporters.

He also said it was important to know the “profound nature of the consequences” for Moscow if it used nuclear power. He did not describe those effects or say whether they differ by type of weapon.

“We know the Kremlin’s track record when it comes to these kinds of claims. And that, of course, ultimately supports our concerns,” Price said.

The US sees no reason to adjust its own nuclear posture, he added.

In this sense, the head of the Russian General Staff, Valery Gurezimov, He held phone interviews Monday with his American and British counterparts to discuss Ukraine’s alleged preparation of a “dirty bomb.”

Gerasimov spoke by phone with US Chief of General Staff Mark Milley about the possibility of using the bomb, the Russian Defense Ministry said in a statement.

A few hours earlier, Gerasimov had also spoken to his British counterpart, the admiral Tony RadakinOn the same subject, according to the Russian Ministry.

In the interview, which took place “at the request” of the Russian side, the British Ministry of Defense said in a statement that “the Chief of Defense Staff rejected Russia’s allegations that Ukraine was planning to take steps to escalate the conflict.”

The two officials “recognized the importance of keeping the lines of communication open” between their respective countries, the British ministry began.

(With information from EFE, Reuters and AFP)

Russia pushes the panic button and increases the risk of nuclear war
Putin again played the nuclear card and called for false referendums to annex Ukraine’s four provinces.
Russia admitted that only 6,000 soldiers had died in Ukraine, but Putin ordered the mobilization of 300,000 reservists.