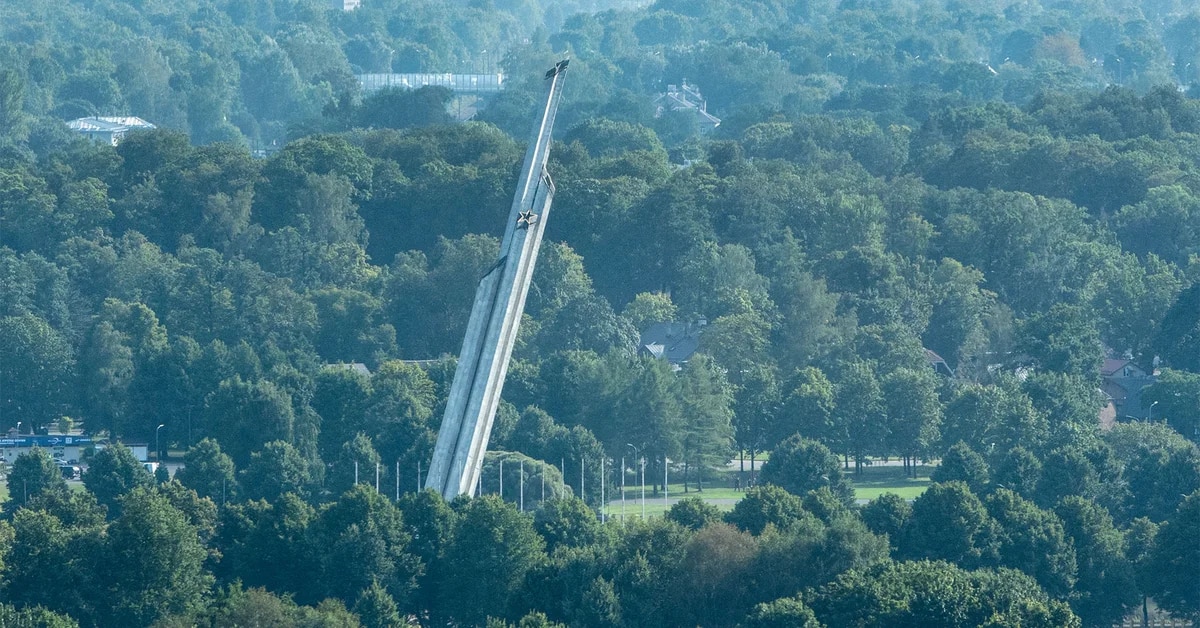 The Obelisk of Victory in Riga was 79 meters high

Riga’s Victory Obelisk, 79 meters tall and the last Soviet monument in the Latvian capital, was toppled after more than six hours of work at its base in the last phase of demolition of the controversial column erected in 1985.

The demolished components of the monument will be completely destroyed and disposed of as rubble, preventing parts of the statues from being stolen as souvenirs.

A small crowd gathered behind a police cordon to watch the 250-tonne building collapse, which ended at 4:45pm local time on Thursday.

The Soviet star dominates the structure from above (REUTERS / Ints Kalnins) 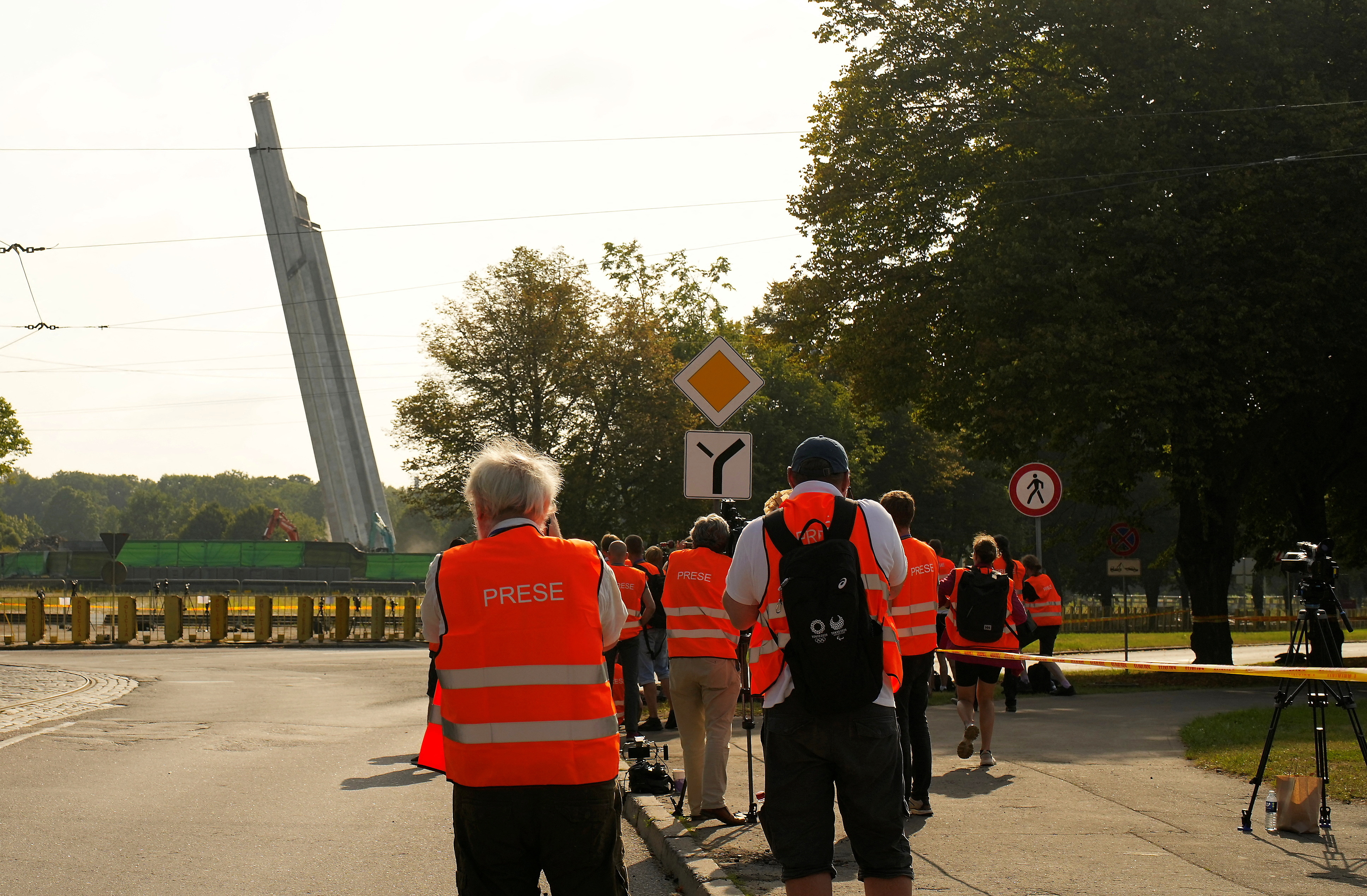 The moment the obelisk begins to fall (REUTERS / Ints Kalnins)

For many Latvians, the monument, a place of celebration for Russian-born citizens commemorating the defeat against Nazi Germany in 1945, represented the repressive Soviet occupation of the Baltic country and not “liberation” after the fall of the Third Reich.

Russian speakers, who make up about 37% of the country’s two million people, gather at the monument every May 9 to celebrate Soviet-era Victory Day, while the rest of the world celebrates May 8 as Victory Day. In Europe.

Before the pandemic, May 9 celebrations included choirs singing Soviet wartime songs, speeches by some soldiers and the laying of flowers by tens of thousands of mainly Russian residents. 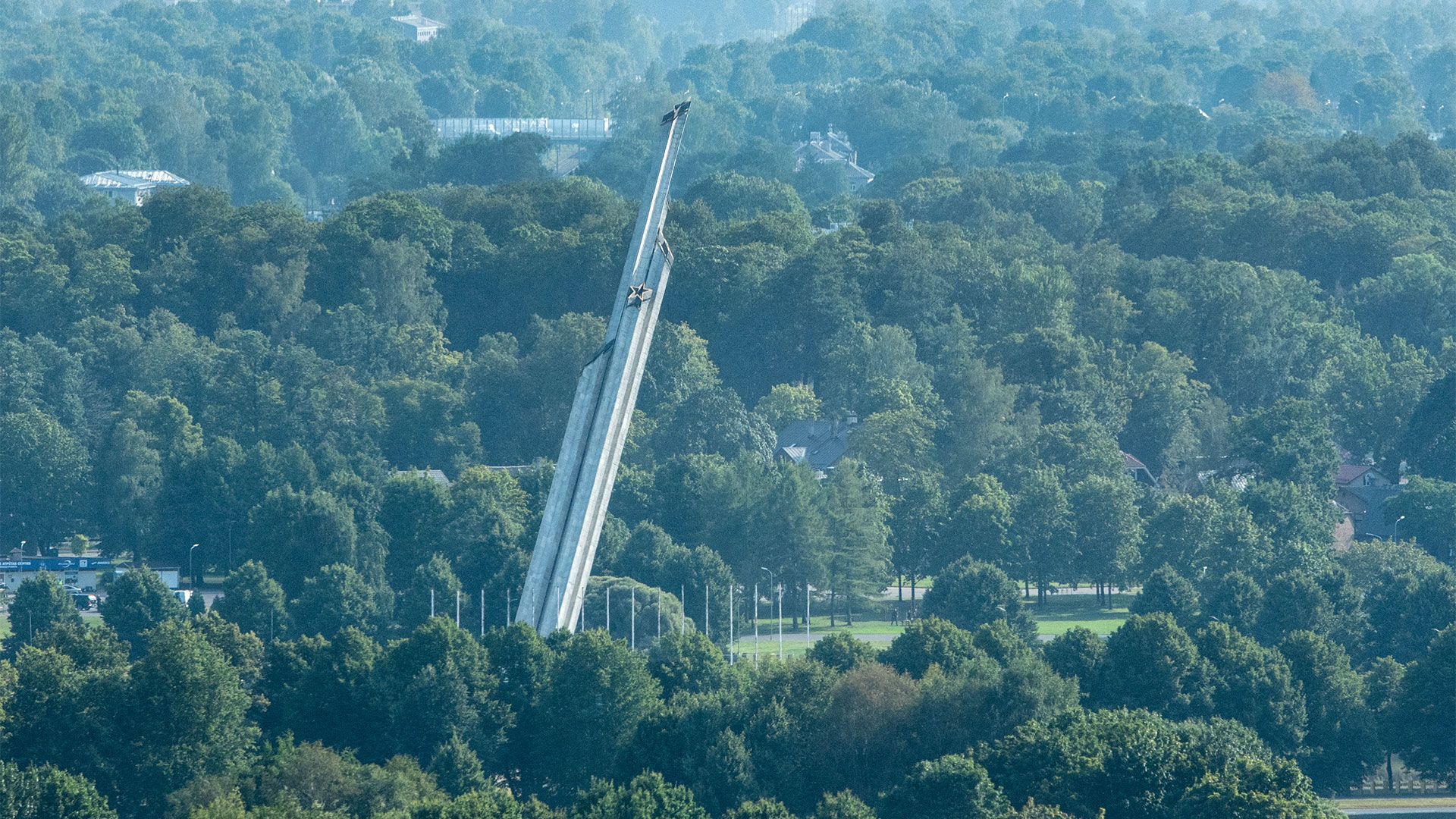 For Russians, the obelisk symbolizes victory over the Nazis; For Latvians, the Russian occupation of their territory (Kaspar KRAFTS / f64 / AFP) 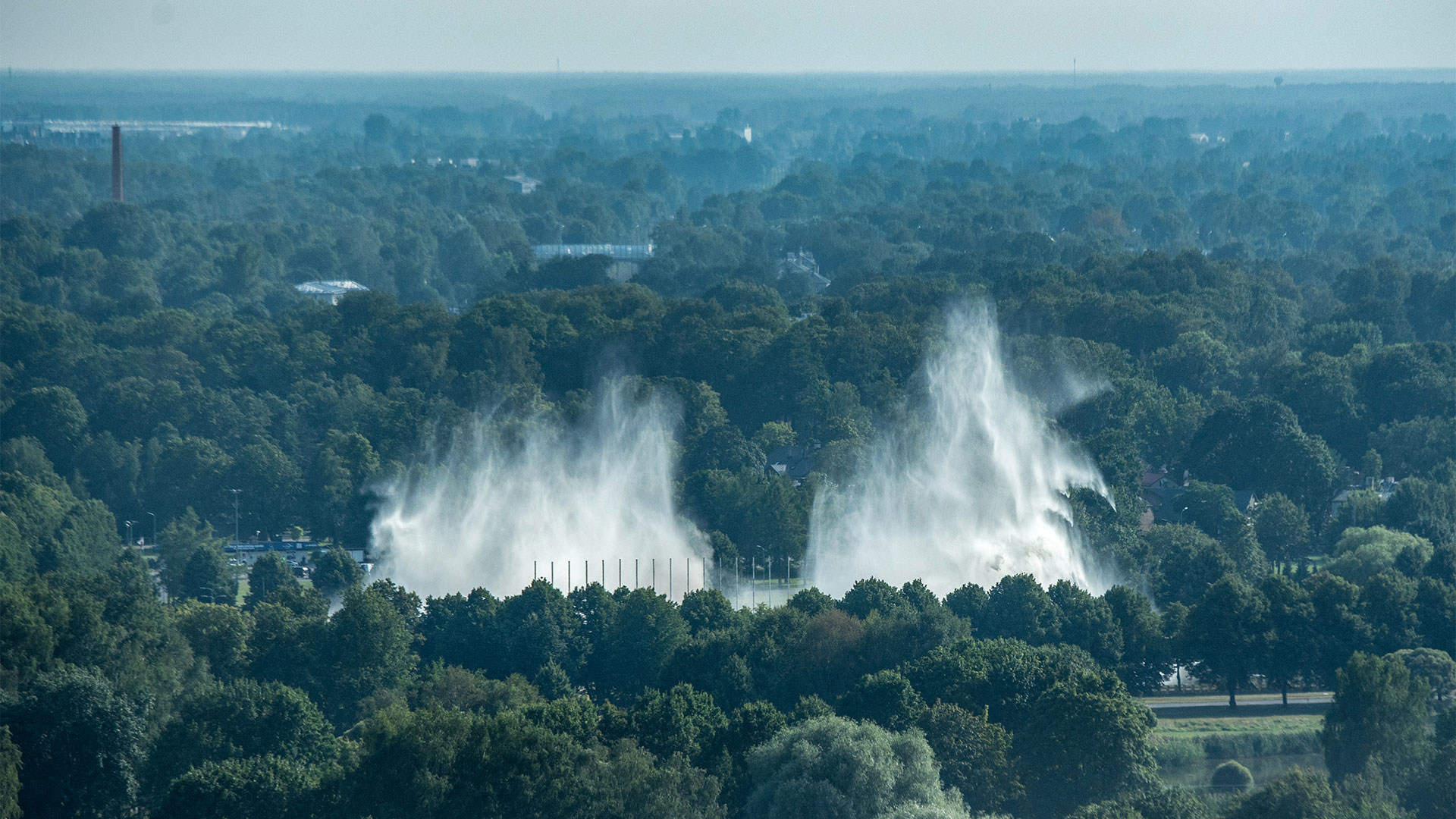 The remnants of the monument will be wasted. Latvians do not like memories of this monolith (Kaspar KRAFTS / f64 / AFP)

The memorial consists of two groups of statues, a plaque with the inscription 1941-1945, an obelisk and a pool.

See also  He's 82, can't afford to retire, and a visit to the supermarket changed his life: "It's a miracle"

It was built in the mid-1980s using “contributions” from the wages of Latvian companies. “Monument to the Liberators of Soviet Latvia and Riga from the German Fascist Invaders”It was officially called.

Demolition of the monument began on Tuesday, when a work crew toppled a statue of three Soviet soldiers, one of whom was brandishing a machine gun.

The next day, workers with heavy machinery pulled down a large statue of a female figure of “Motherland” symbolically saluting Red Army soldiers.

The status of the Victory Monument has been a subject of debate in Latvia since the country regained its independence in 1991. Latvian nationalists felt that the monument should be demolished or at least reshaped to represent a totalitarian occupation.

Successive Latvian governments have tolerated the May 9 celebrations, trying not to anger Moscow with something the Russians saw as a symbol of their victory over Nazi Germany. 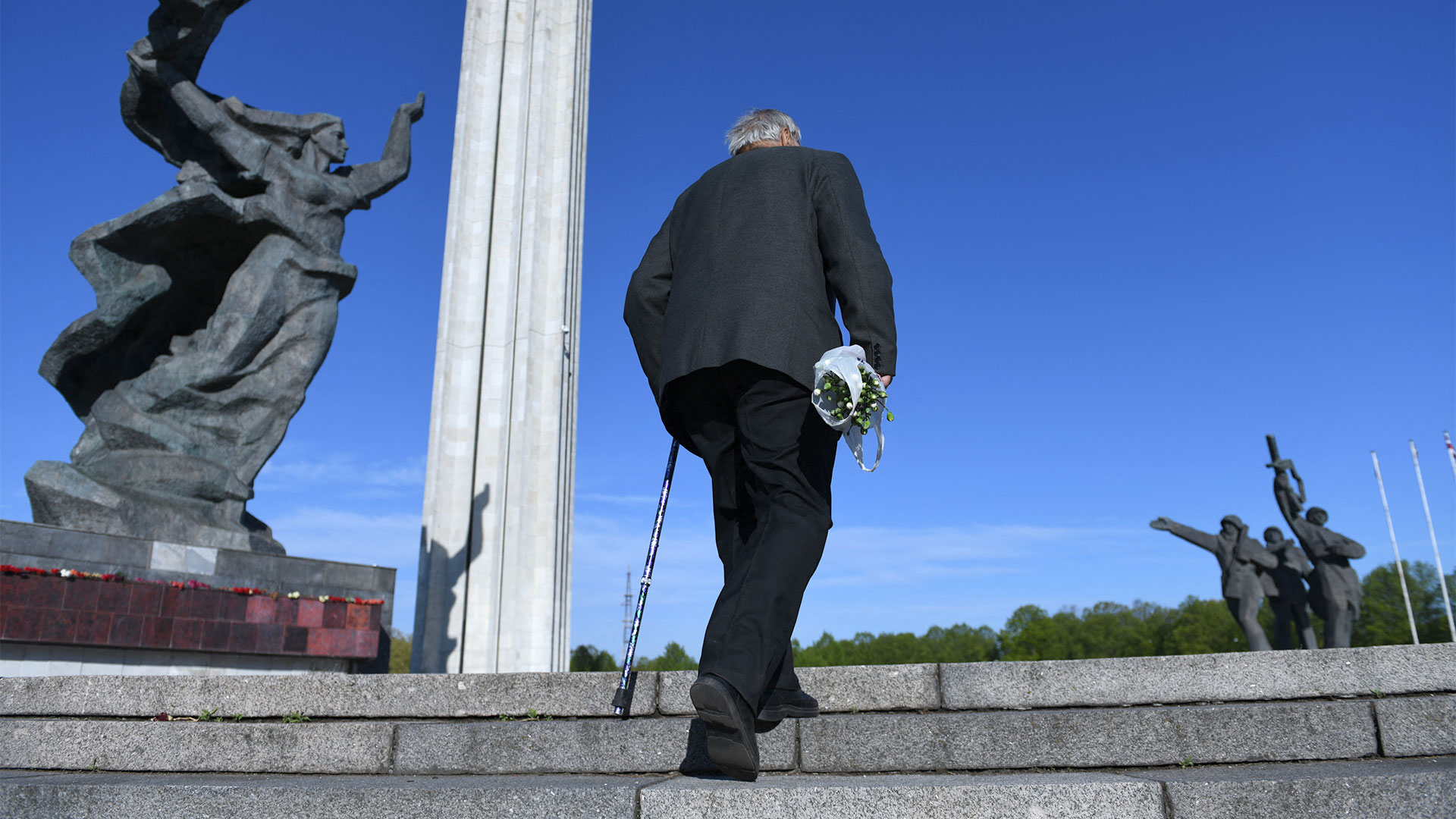 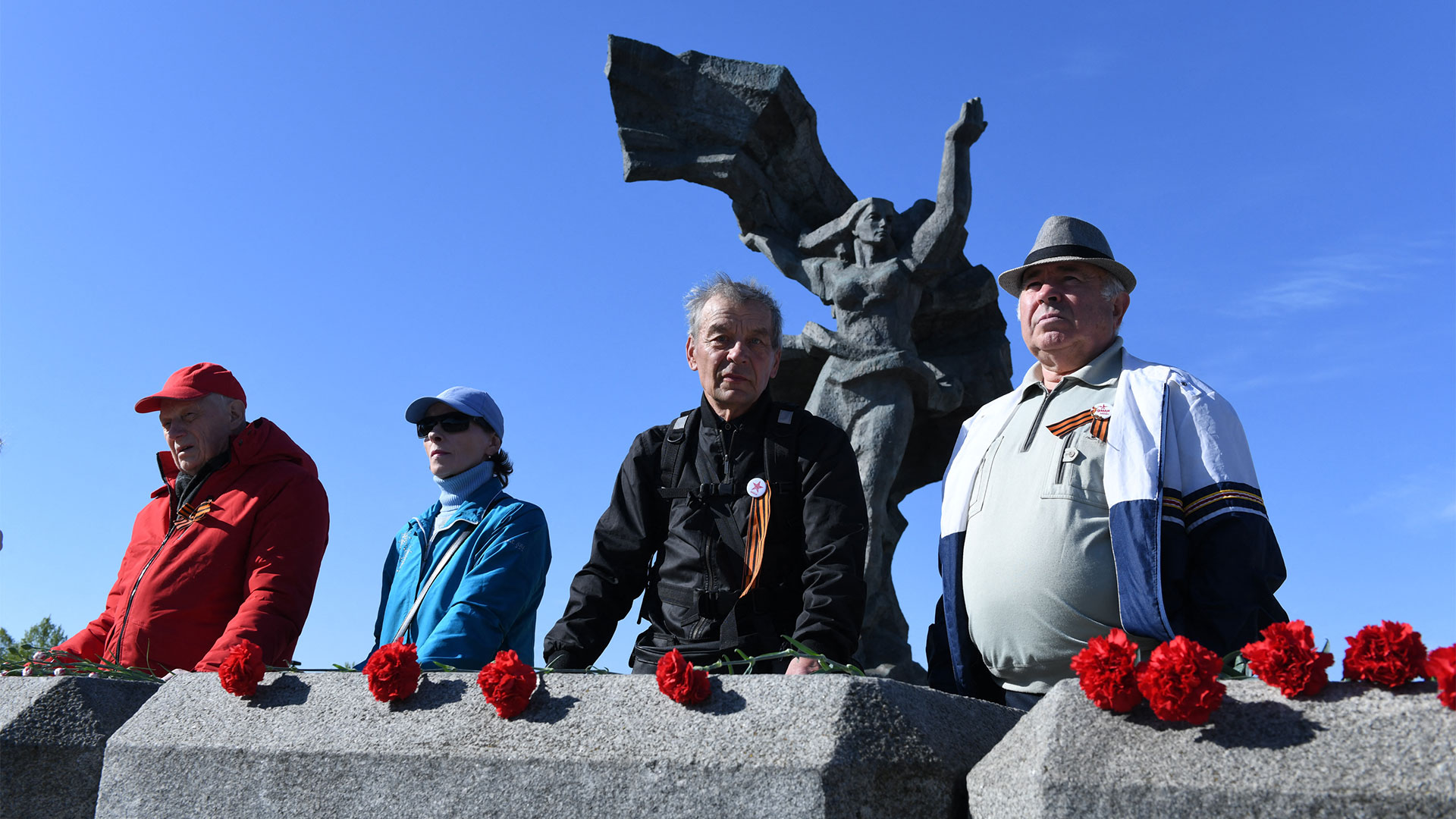 This changed after the Russian invasion of Ukraine began in February. The Latvian parliament, or Siam, accelerated steps to approve the demolition of the Riga monument and other “symbols of the communist and Nazi regime” in Latvia.

A few weeks ago, the government ordered the demolition of 69 Soviet monuments in addition to the obelisk.

As preliminary work to demolish the monument began on Monday, a small group of protesters gathered and around five people were arrested for disorderly conduct and disobeying police orders.

On Tuesday, isolated protests continued and 14 people were arrested by police for refusing to disperse.

Riga Mayor Martins Stakis said recently that the restoration of the demolished area into a park would cost 2.1 million euros.

Pope Francis condemns Daria Dukina murder in Moscow, sparking conflict with Ukraine
The Ukrainian plant in Zaporizhia has restored power and one of its reactors is already working
US condemns Russia for running 21 detention centers in occupied Donetsk