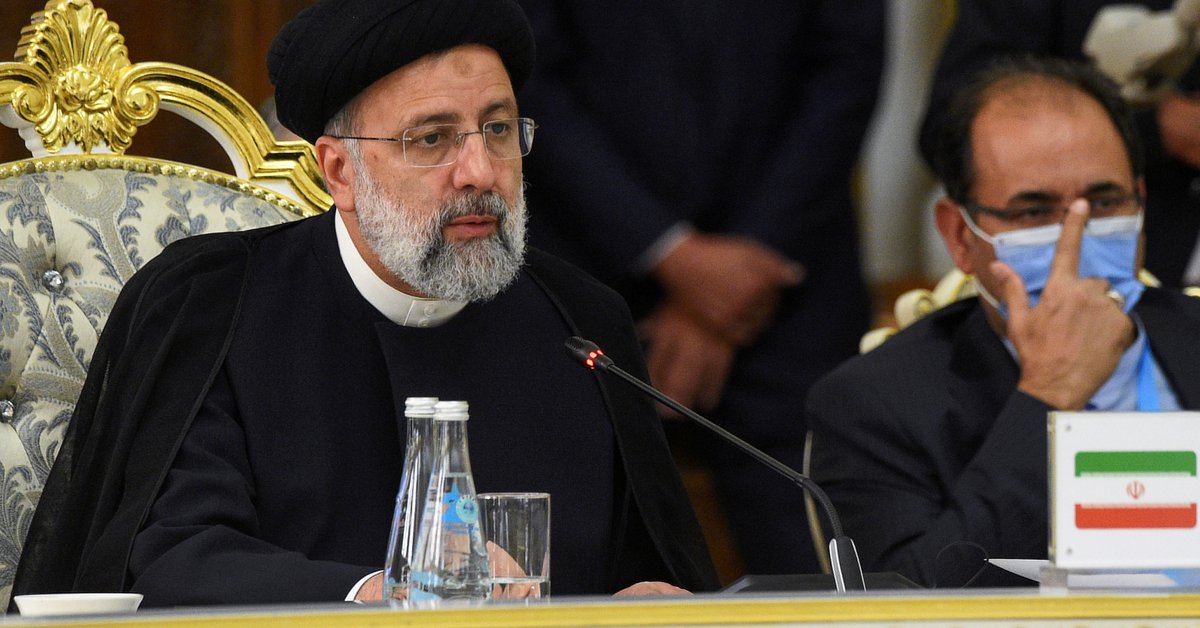 The Iranian regime acknowledged that it had significantly increased its reserves of highly enriched uranium., Just weeks before the resumption of negotiations to return to the 2015 multilateral agreement that limited its nuclear program.

Tehran has gradually abandoned its promises to key powers, After the United States unilaterally withdrew from the agreement and re-established sanctions against the Islamic Republic.

“We have surpassed 210 kg of uranium at 20% enrichment. We have produced up to 25 kg (up to 60%).”Announced Wednesday night Behroos Kamalwandi, Spokesman for the Iranian Atomic Energy Agency (OEAI), quoted by the official agency Irna.

In April, the Islamic Republic of Iran announced this Unprecedented 60% uranium enrichment limit has been exceeded And, in September, the International Atomic Energy Agency (IAEA) said the country had produced 10 kg.

One month later, on October 10, Muhammad IslamI, the head of the IAEA, pointed out that The reserve of 20% enriched uranium was over 120 kg, Stocks that theoretically allow the production of medical isotopes are used, especially in the diagnosis of certain cancers.

90% of uranium must be enriched to make a nuclear bomb., Something the Iranian regime has never done before, but Western nations are concerned about Tehran’s rapid progress.

Iran has said for decades that its nuclear program was peaceful and did not seek to develop a nuclear weapon.

The Iranian regime warned on Thursday It will reject the “excessive demands” of the West during the nuclear talks, which are set to resume at the end of November, After a five-month hiatus. Tehran also made it clear that it would not back down from its goal of lifting sanctions.

Negotiations to reserve an international agreement on the Iranian nuclear program, which has been suspended since June, will resume in Vienna on November 29.

This long-awaited date was announced simultaneously on Wednesday by Iran and the European Union (EU), the main mediators in these indirect talks between Washington and Tehran.

“We will not back down in any way for the benefit of the Iranian people. We will continue to seek to neutralize (the consequences) of repressive sanctions and work to remove them.”Said the President Ibrahim Raisi This Thursday.

Countries that are parties to the agreement reached in 2015 (Iran, Germany, China, France, the United Kingdom, Russia) and countries that have agreed to tougher limits on Iran’s nuclear program in exchange for easing sanctions will meet under the chairmanship of the European negotiator. . Enrique MoraSaid in a statement Joseph Borel, Head of EU Diplomacy.

Debates will emphasize the “possibility of a return to the United States” for the speech, which was unilaterally dropped under the president in 2018. Donald Trump, When the sanctions against the Iranian regime were restored, Borel explained, “in a way that guarantees the full and effective implementation of the agreement to all parties.”

President of the United States Joe Biden He announced his readiness to return to the 2015 agreement, but neither side agreed to the terms of its recovery.

Iran wants all sanctions lifted after Trump withdraws from the deal in 2018.

However, the Biden administration says it is negotiating only some of these sanctions, such as a unilateral ban on the sale of Iranian oil. They do not want to get involved in other imposed activities, especially on human rights issues.

Washington says the window of opportunity is closing fast, so it insists Tehran must once again comply with the limits of its nuclear program.

The Iranian regime also wants the United States to abide by the agreementThis seems difficult as Trump’s Republican Party vehemently opposed Biden’s diplomacy with Iran after his victory in Tuesday’s state elections.

The United States has not ruled out a return to a nuclear deal, but will not comply with all of Iran’s demands (REUTERS / Kevin Lamarque)

“We will not leave the negotiating table, but we will oppose excessive demands that are detrimental to the interests of the Iranian people.”The Persian president said this at a ceremony in Semnan, east of Tehran, to mark the 42nd anniversary of the capture of the US embassy in Iran.

On November 4, 1979, seven months after the declaration of the Islamic Republic of Iran, Islamic students besieged the US embassy in Tehran demanding the deportation of the former Shah. Mohammad Reza Pahlavi, Who has been receiving treatment in the United States. 52 diplomats and staff were held hostage for 444 days.

Tensions between the two countries have been high since then. Washington severed diplomatic ties and imposed a trade embargo on Iran in April 1980.

On Thursday, thousands of Iranians protested in front of the former US embassy in Tehran. “Death to America” ​​and “Death to Israel”, And the question was raised about resuming nuclear talks later this month.

Mede Rasaknejat, A student, “They cheated us many times. Do not participate in negotiations, do not trust them.

The European Union (EU) has announced that it will resume nuclear talks with the Iranian regime on November 29.
The bomber struck shortly after noon in front of a U.S. military base