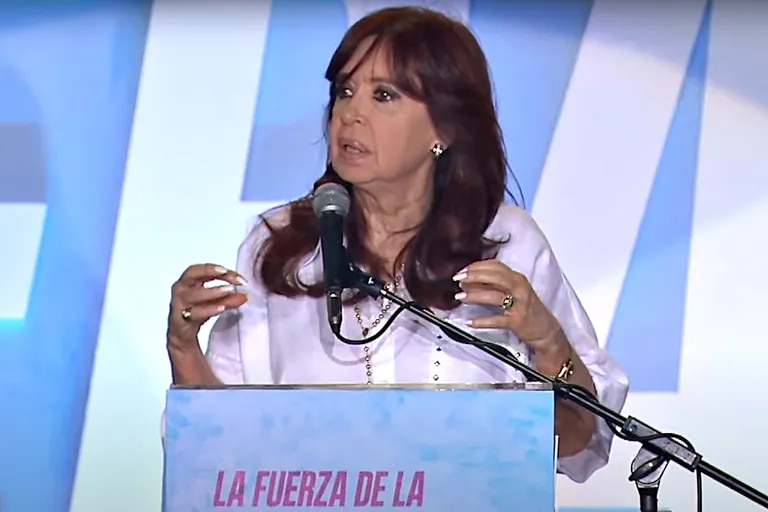 Data on Argentine accounts in the U.S. won’t arrive until the end of 2024 — if the funds transfer agreement goes into effect Jan. 1. All may be delayed by another year due to some pending procedures. If all goes well, in September 2024 there will be a set of information on account holders (natural person), financial institutions, total interest, dividends and other income – reserves not specified – received by Argentina from US sources. Residents and deposits in US accounts.

The Treasury Department put an end to the mystery Tuesday afternoon. He posted a fine print version of IGA 1A on his page Intergovernmental Agreement) Signed between Argentina and the United States.

Such a temporary definition would complicate the success of the laundry that Economy Minister Sergio Massa is trying to send to Congress and want it to take effect by 2023. However, that capital outsourcing plan has already suffered because of it. The ongoing power struggle results in the battle Christina Kirchner faces against the court. That battle of the Vice President has destroyed all the bridges in the Parliament and affects the day-to-day work of the Judiciary amid a complicated economic panorama, which these days is hidden behind the intractable drops of Lionel Messi.

The Foreign Account Tax Compliance Act (Fatca) was signed in 2010 but entered into force in 2014. The United States already has agreements with 114 countries within the framework of this information sharing law, counting the one sealed with Argentina earlier last week. This agreement is global and does not include country-by-country specialisations. It is mutual and it is not retroactive (it does not cover information from 2022, Although some experts recall it Tax Information Exchange Agreements Signed in December 2016, prior to and required by IGA 1A).

For this reason, experts management patromonial filled with work and inquiries in recent weeks. They are telling the government that some US banks in Miami will open on Saturdays to ease their customers’ fears and offer Argentine citizens and Paraguayan passports to interested parties. At the Ministry of Economy they confirm that they are already having conversations on the matter with the Paraguayan administration.

Massa had a small victory. Several months ago, no one seriously believed that the US would close IGA 1A with the government. It is pure administration by the minister. A few days ago, it was doubted whether the agreement was actually signed. Documents go to Washington. However, the temporal and practical scope is limited. This includes any information from Form 1042s (Information Income Submitted to the IRS by Financial Institutions and Reported U.S. Source Income Received by Nonresidents) and W8.

All states are included in the signed treaty, just like any federal country. Only American Samoa, Guam, the Northern Mariana Islands, Puerto Rico, and the US Virgin Islands are excluded because they do not have the same relationship with the IRS as the other 50 states (Internal Revenue Service or American AFIP).

Computer safeguards for the entry into force of IGA 1A were agreed by AFIP in 2019 after a visit to the US. There are only a few bureaucratic steps: AFIP’s resolution and notification – which does not require approval – to the US Congress. Working translations will not be a problem.

Although these details slowly came to light, Cristista’s maneuver to avoid the court’s ruling on the organization of the Judicial Council was included in Cecilia Moro’s “administration” responding to Massa and Cristina Kirchner. Conversation in the House of Representatives. “They Broke Everything” says an opposition deputy. After the match between Argentina and Croatia, the legislative agenda was reviewed at Together for Change. “What we’re seeing is that the Frente de Todos doesn’t know how to get started,” he said. “They want to hold sessions as if nothing happened and we want another agenda,” he added.

“We’re not here to support money laundering,” A United for Change legislator said. However, they are not all that strong. Those close to Massa, accustomed to tough negotiations in Congress, are more optimistic. “He’s going out” They say while waiting for inflation data to be released today. They waited for these hours in the corridors of the fifth floor of the Ministry of Economy A better number than the Buenos Aires price index, which was 5.8% in November. Additionally, the government announced two limited bonds for the end of this year. A pyrrhic victory over the Vice President who was asking for a fixed sum for President Alberto Fernandez. You can add the “accomplishments” of these three years celebrated yesterday.

The war against the court also unleashed a silent labor conflict that had been drowned out by the chants of Argentina’s victory at the World Cup. The government has withheld a block of funds to pay the fourth installment of the salary agreement, which has already been sealed in the courts. The workers have started a 60-hour strike that could be extended by another 60 hours next week. “We are hostages in the conflict between the national government and the Supreme Court,” said Julio Piumado. Everything is stuck in Juan Manchure’s office. They look specifically at Juan Manuel Olmos.

Although Masa received more net funding after a month of drought, water scarcity complicates disbursement of dollars in the medium term. Economist Salvador Di Stefano and climatologist Leo DiBenedictis will release a report in the next few hours. “Strong Woman” climate events preceded the crisis in 1976, 1989, 2001, 2008 and 2018.

The last three years have been “women” in Argentina and no one dares to predict what will happen in 2023, but a difficult year is expected for the field. Drought replaced Mauricio Macri’s government in 2018. Fernando de la Rua was a “girl” for three years. It’s a future problem for all politics: seven out of 25 “female” cases have occurred in the last 13 years. This is unprecedented in the historical series from 1950 to present day.