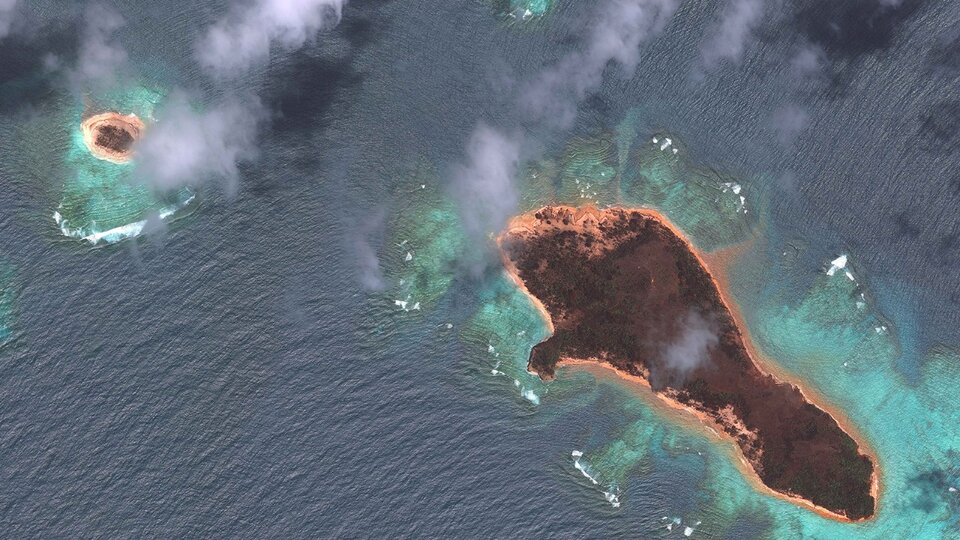 The Volcanic eruption causing tsunami in the archipelago of the Tonga Islands Beyond the power of the atomic bomb dropped on Hiroshima. In Japan. This was supported by a NASA investigation into the January 15 recorded volcanic eruption.

NASA scientists said it was an explosion It is several hundred times more powerful than the American atomic bomb Launched in August 1945 in the Japanese city of Hiroshima, it is estimated to be 15 kt (one kiloton equals 1,000 tons).

“We calculate the amount of energy released by the explosion fue equals 5 and 30 mt (one megaton = 1,000 kilotons) “, Said NASA scientist Jim Corwin.

The agency said the eruption had “destroyed” a volcanic island 65 kilometers north of Nokuoloba, the capital of Tongan.

Survivors of the natural disaster mentioned “Their brains were pounding” by the concussion, According to media reports.

According to NASA’s Earth Observatory, the Hunga Tonga-Hunga Ha’boi volcano was launched. Smoke mushroom reaching a height of 40 km After its eruption, it was heard up to 9,000 kilometers away in Alaska and caused a tsunami.

This is a natural disaster Toxic ash layer To the island kingdom of about 100,000 inhabitants, “polluting the drinking water, destroying agricultural crops, and utterly destroying at least two villages.”

In Tonga, the extent of the damage is still uncertain, at least communications are still down. However, its impact is “greater than anything else the people here have ever experienced,” said Mary Lynn Fonua, a journalist based in Nuku’alofa.

Said the journalist “The shock wave of the explosion shook our brains” The all-encompassing grayish-gray layer covers everything, making life harder for residents.

The Japanese, New Zealand and Australian security forces have provided emergency assistance, including drinking water, while maintaining strict COVID-19 protocols to protect the archipelago from infection.