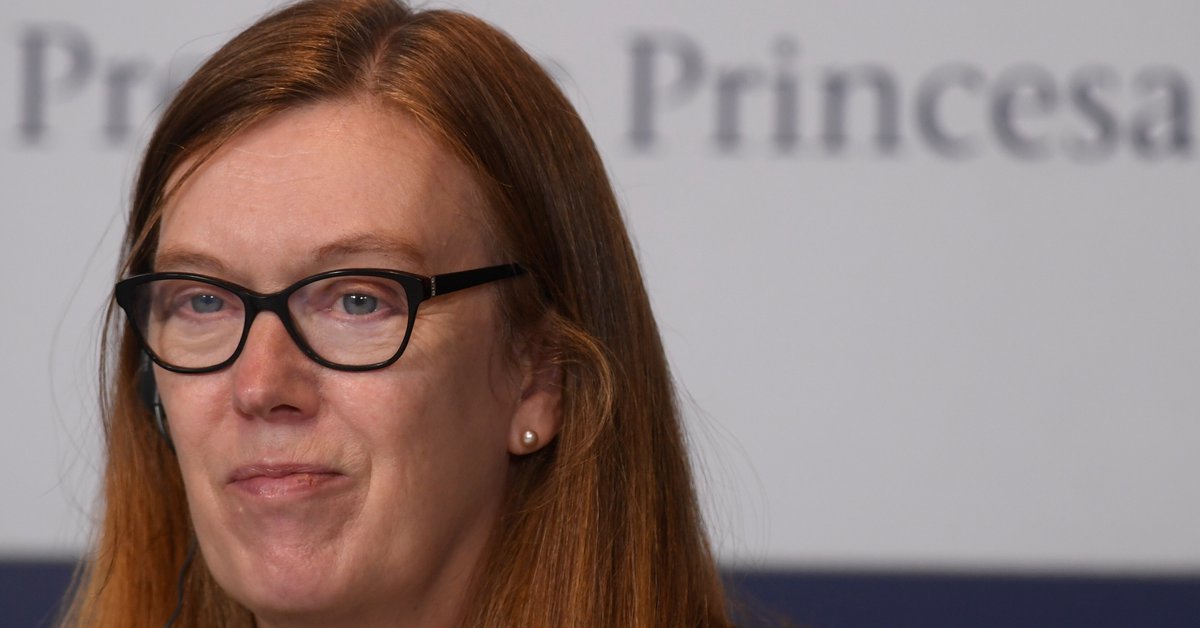 “The virus becomes contagious, infecting us from time to time and causing serious illness only to those with weakened immune systems,” Gilbert (Efe) said.

He has been unknown to most in the community since he was a professor of vaccination at Oxford University. From the Astrogeneca lab to the “brain” behind the development of a vaccine to prevent COVID-19.

British scientist Sarah Gilbert suddenly became a source of advice on the evolution of the epidemic., And, along with other scientists, she was praised by the public when she presented the Asturias Princess Awards.

In interviews to various Spanish media, The British scientist agreed that it was “100% impossible” to know the origin of COVID-19.. “Most likely the origin is that it was a bat that infected another species, which later transmitted it to humans as it did with other corona viruses, but I don’t think it can be known with full certainty.”, He assured the woman for whom The world “must live with this virus because it will not go away, but that does not mean the epidemic will not end.”

“The virus becomes contagious, infecting us from time to time and causing serious illness only to those with weakened immune systems. This is what happens with other corona viruses every year., The expert promised.

Gilbert was known to the majority of the community as the “brain” behind the development of the vaccine to prevent COVID-19 from the Astrogeneca Laboratory (Efe).

Another question that worries science the most is what will happen to the available vaccines if SARS-CoV-2 becomes a more dangerous variant, Gilbert assured them that “there is a process to develop new versions of the vaccine.” “We have tested the process and one of these versions of the vaccine is now in the clinical trial phase,” he said. This does not mean that the vaccine should be changed because it is consistently more effective against delta variant, which is now more widespread in the world.”.

“We did the fastest work in 2020 because it’s necessary and the virus is spreading so fast around the world. Everyone in the field of clinical trials and regulators had the same goal. One reason we were able to do it so quickly was that every piece of information we generated received regulator reviews, and it saved us a lot of time.. Usually we prepare many documents with information and only after it is completed, they review it.

Future vaccinations and a third dose are needed

According to Gilbert, “Everyone needs to get the booster dose of the Govt vaccine at this time” (Europa Press)

“There are groups that make non-injectable vaccines, the only way is to make a spray vaccine that can be injected through the nose. There are these types of flu vaccines that are given to children. Are in the stage. ” “At this time, we are seeing weakened immunity in the blood due to the use of spray vaccine through the nose. Many more clinical trials are needed to develop a highly effective vaccine-free vaccine., He insisted.

Finally, he said he did not believe it was necessary for everyone to get the booster dose of the Govt vaccine at this time. “We found that people with immune system problems benefit from the third dose, and that in the elderly who received the vaccine at the beginning of the vaccine, they experienced a decrease in immunity. There is currently no recommendation for people under the age of 50 to be vaccinated with a third dose because there is no indication that it is necessary, although this condition may change in the future.”.

The vaccine, developed by Gilbert and his team last year, used a weaker version of the common cold virus (adenovirus), which infects chimpanzees and contains the genetic material for the SARS-CoV-2 spike protein. After vaccination, the immune system is ready to neutralize the SARS-CoV-2 virus in the event of an infection. After vaccination, surface spike protein is produced, which stimulates the immune system to attack the SARS-CoV-2 virus. Restorative adenovirus (ChAdOx1) was selected to develop a strong immune response that does not duplicate from a single dose, so it does not infect the vaccinated person.

According to the official website of the company where Gilbert works, his team focuses on providing answers to 12 emerging and re-emerging diseases that are considered a priority due to morbidity and mortality in the world. One of them is Middle East Respiratory Syndrome (MERS), which is caused by another corona virus.