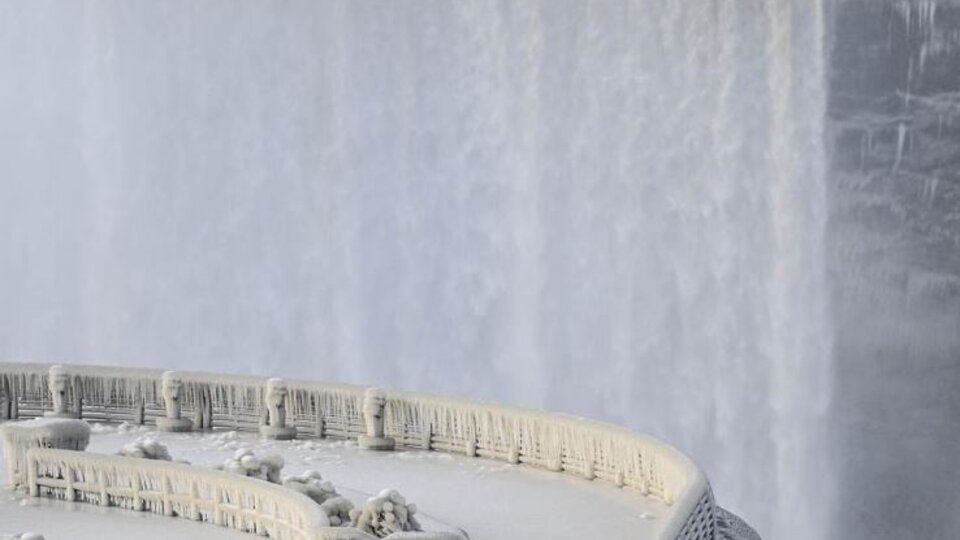 Storm Elliott It has already accumulated 57 deaths as it passes through the US and Canada. Photographs testify to this brutal cold wave hitting countries in the north Niagara Falls Unlike ever before.

These falls are a tourist attraction located on the border of the two countries and receive hundreds of thousands of people every year. however, In the midst of this extreme polar wave, we can see how Storm Elliott is causing its partial freezing.

As you can see in the pictures that are circulating on social media Ice floes in the Niagara River, snow-covered trees, snow-capped mountains near the banks, and all sides of the landscape covered in ice.

New York Governor Cathy Hochul said Elliott was the “most destructive” storm in Buffalo history, where about 100 centimeters of snow fell. “I cannot overstate how dangerous the situation is.”Hochul urged residents to stay off the roads.

The weather phenomenon had been slowly moving eastward since Sunday and weakened. Although temperatures in the east, center and south of the country are icy and below normal. Temperatures in the central and eastern United States should return to “seasonal norms by the middle of next week,” the NWS said.

Meanwhile, tens of thousands of homes were left without power due to four days of strong winds, leaving Christmas lights unable to shine at night. According to Poweroutage.us, nearly 1.7 million customers nationwide were without power over the weekend. About 153,000 subscribers were without power Sunday afternoon. Maine, New York, Virginia, Washington and Vermont are the most affected states, AFP reported.

See also  Several protesters detained in San Marcos were freed, while 12 others were injured and a policeman was taken hostage in clashes in Arequipa.