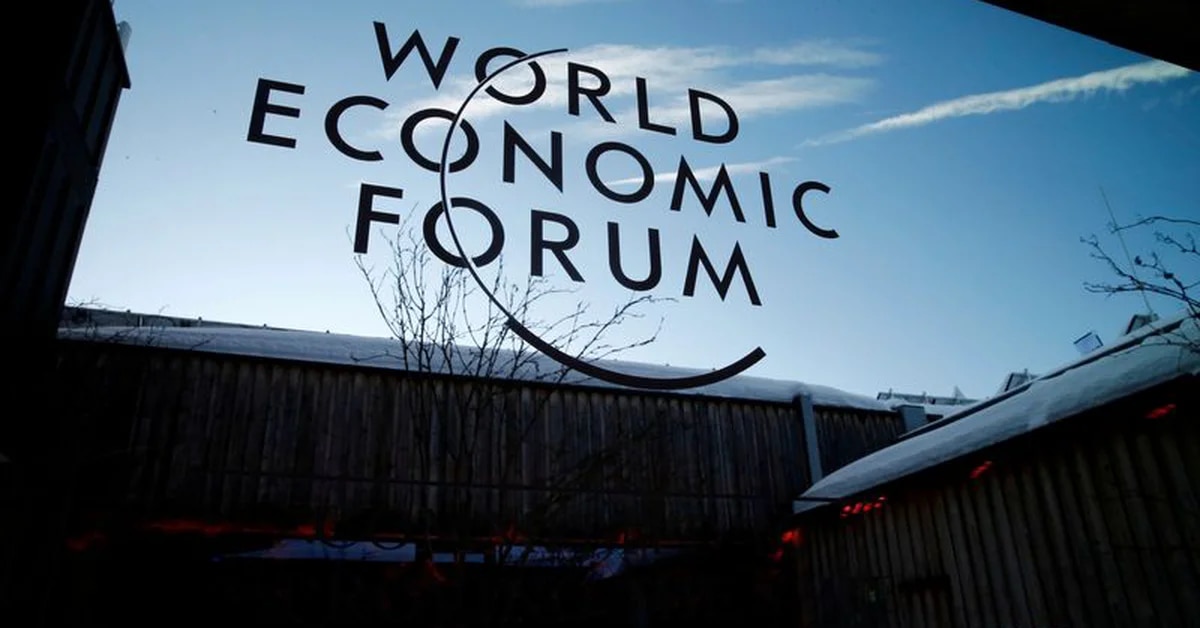 The Davos Economic Forum (WEF, according to its summary in English) warned that Argentina faces serious risks to its economy, such as high inflation, potential problems with its sovereign debt and shortages of raw materials.

A report by a think tank led by former domestic trade secretary Roberto Felletti outlined its prospects for this year; Opportunities and tax challenges in foreign trade

This was indicated in the “Global Risk Report 2023″ before the start of the annual session of the WEF, which will be held from the 16th to the 20th of this month, in which he pointed out the main risks that Argentina faces: ” Rapid and / or prolonged inflation; the debt crisis; the proliferation of illegal economic activities ; the collapse of the state; and severe crises in the supply of raw materials.”

On inflation, the 98-page report prepared by WEF with Marsh McLennan and Zurich Insurance Group said “managing inflation is a global concern”.

With a price increase close to 95%, it was behind the country ruled by Maduro, which reached 305% and the highest in the world; What increases other countries and what is expected

In this regard, “Rapid and/or prolonged inflation” is one of the top five risks in the next two years, and a significant increase from 2021, in the survey of 89 countries.

“It ranks as a top threat in several G20 countries, including Brazil, South Korea and Mexico, although inflationary pressures have affected both developed and developing economies.. Inflation rates in Argentina and Turkey exceeded 80 percent. “Zimbabwe, the Bolivarian Republic of Venezuela, Lebanon, the Syrian Arab Republic and Sudan recorded triple-digit inflation,” he said in his conclusion. Argentina recorded inflation close to 95% in 2022, the highest since 1991 and the second highest in Latin America after Venezuela; By 2023, the government is predicting a 60% price increase, but analysts believe a figure closer to 100 percent will repeat itself.

Inflation in Argentina to approach 100% in 2022 Reuters

On the other hand, “globalized capital flows in recent decades have exposed emerging and developing markets to rising interest rates, especially those with high proportions of dollar-denominated debt. Argentina, Colombia and Indonesia”. 67% of Argentina’s sovereign debt is denominated in foreign currency; Since the end of 2019, sovereign liabilities have increased by a record 72,000 million USD.

The multilateral agency predicted in a global report that the country will grow by 2% this year, with barriers to capital, imports and prices complicating the business environment.

On the other hand, he opined that “social and political polarization may further reduce the space for collective problem-solving to address global risks.”

“The far right has been elected in Italy and is now the second largest party in Sweden, while the left has re-emerged in Latin America. Several G20 countries, including the US, South Africa and Turkey, will hold national elections in the next two years. Argentina, Mexico and Indonesia”Accurate.

On external liabilities, he pointed out that “general government gross debt in advanced economies will reach 112% of GDP in 2022, compared to 65% of GDP in emerging and developing markets”.

However, “some emerging and developing markets are feeling the effects of monetary policy tightening and deteriorating economic conditions first and most acutely.”

In this regard, he noted, “Ghana recently reached an agreement with the IMF to bail out US$3 billion and Zambia earlier this year is trying to restructure its foreign debt of US$15 billion”.

“A general global recession within the year could moderate inflation and limit interest rate hikes, but with a medium- and long-term credit crunch, there is a high risk of a balance of payments crisis in the near term.”

“The private sector can be encouraged to participate in debt restructuring through a variety of mechanisms, including stronger legal protections, loss-making obligations and value recovery instruments, which will allow private creditors to benefit from the debtor’s upward developments. In future countries such as GDP-Linked Instruments in Costa Rica, Argentina, Greece and Ukraine”. Indian. Argentina used coupons linked to economic growth in the past, which did not add much support from creditors, and in addition, during the Kirchnerism, made cases abroad for manipulating GDP data.

On the other hand, in the metals development sector, “several developing and emerging markets have become net beneficiaries of this increased interest from the public and private sectors, including the lithium triangle from Indonesia, Morocco and the Plurinational. Bolivia, Argentina and the State of Chile”. However, he opined that “these countries had to walk a tightrope as world powers exercised control through trade, investment and technology relations and sought to limit access to rival countries”.

The report is based on input from more than 1,200 experts, policy makers and business people; Most will attend this face-to-face edition of the WEF after restrictions created by the pandemic.

According to their conclusions, “the cost-of-living crisis is the biggest short-term risk, while the inability to mitigate and adapt to climate change is the biggest long-term concern.” In this sense, he warned, “geopolitical rivalries and closed positions will exacerbate economic constraints and exacerbate short- and long-term risks.”

For this reason, the Global Risk Report calls for “countries to work together to avoid competition for resources”.

Boost to Vaca Muerta: Special regime for access to foreign currency for well-known oil companies
FINANCIAL DAY: The free dollar rose to $357 and is already 10% higher than what the stock market was trading at.
Keys to Drought’s Brutal Impact: Four Facts That Show the Severity of the Situation