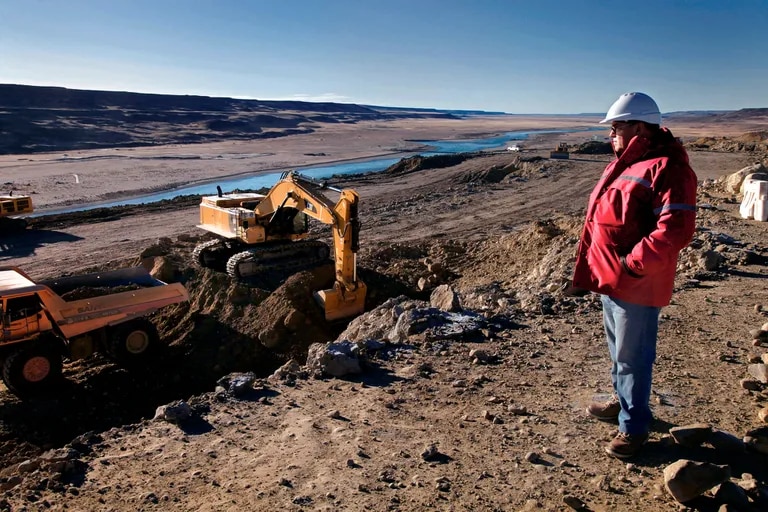 Despite the economic crisis and lack of fresh funds to finance infrastructure works and alleviate social emergencies, our country is recording Serious delays in disbursement of loans granted by various international credit institutions in the last decade. A dozen reports Auditor General of the Nation (AGN) He warned that on many occasions These ancillary executions go hand-in-hand with significant consulting costs.

These audits have come to light during the tenure of the new Economy Minister. Serge MassaPressured by the foreign exchange deficit and the fall in reserves of the Central Bank of India (BCRA), consolidating relations with Inter-American Development Bank (IDB)The World Bank (WB) and other multilateral institutions with loans to Argentina, the work of which was earlier Gustavo BelizeFormer Secretary of Strategic Affairs. It is a portfolio of multimillion-dollar loans through which the executive branch finances infrastructure, health and support programs for social programs across the country.

At the agencies’ request, AGN is responsible for controlling the financial statements of most of their credits. Technical teams produce annually Fifty StatementsAnd even if the accounting balances are later approved by the auditors as they do not raise objections, the fact is Most of them have significant delays in the execution of loans. A malpractice verified by AGN is not attributable to a specific jurisdiction, But It is cross-cutting to various demanding ministries.

There are other striking cases. Program is one of themComprehensive Progress for Border Settlements”, aimed at improving habitat in vulnerable border areas of northern Argentina. For this, in 2017, the then Ministry of Home Affairs, Public Works and Housing entered into a loan agreement. $25 million, of which 20 million came from Fonplata and the rest from the Argentine state. After the second exercise, the AGN was detected. Only 1.3% of the loan (US$325,658) was implemented, of which 20% was used for consulting costs. ($59,954). Not a single penny has been allocated to fully develop the habitat or regularize the domain of the area.

There is more. In 2019, the International Bank for Reconstruction and Development (IBRD) provided a loan to the Ministry of Agriculture, Livestock and Fisheries. US$150 million For the project “Comprehensive Management of Risks in Agro-Industrial System”It aims to focus on risk mitigation and adaptation measures and agricultural emergency situations. So far, according to AGN, 1.16% of the loan has been disbursedDeadline for disbursement of last amount in 2024 Consultancy costs were allocated over US$210,000.

Examples happen. A credit US$311 million from IBRD 2018 runners must be assigned to the program Development of North Western Highway Only ran on one 17.26%. Another loan, in this case just over 20 million US dollars, Updated by IFAD in 2017 Goat chainsAccomplished in a 11.4%. Meanwhile, IBRD loan US$240 million To increase supply Renewable energy In rural areas it was implemented only in a 29%. Loan disbursed in 2015.

“Generally, we at AGN observe that there is a delay in the execution of loans granted by international credit institutions,” the militant warned. Jesus Rodriguez, the head of audit, concluded: “In the case of public works appropriations, these delays are the cause of possible delays in these projects. however, There is also poor planning: There are wallets that They have contracted credits, but when they have to make a local contribution, they realize it exceeds their spending ceiling.. After that, payment will stop.

These delays in the execution of international loans They are not harmless. Not only because of delays in launching various programs -generally, targeting the most vulnerable-, But this affects the possibility of obtaining new financing from these sources. Indeed, one of the purposes of Massa’s trip to America was to open the lock Providing Amidst the current currency crisis, loans that have already been issued and access to more financing.

This doesn’t seem like a normal thing. Two weeks ago, a group of Republican senators sent him Garda To the President of the United States Joe Biden They demanded that their administration should act accordingly Due diligence (A complete audit) of loans given to a given country It has a “long history of misguided and anti-developmental economic policies” and its ties to “rogue regimes around the world,” referring to Russia and Iran.

“It is clear that our country’s eccentric foreign policy conspires against the possibility of obtaining more financing from international loans,” Rodríguez fumes.

Beyond the political leanings of the seven auditors who make up the AGN, the reality is that government officials and opponents agree that the implementation of local credits from global organizations remains desirable. Officer Javier FernandezThe head of the Public Credit Supervisory Commission of Audit warns in each of his reports The high costs of external counsel claiming these credits.

Indeed, in a special review he presented last March, he warned that 17 IDB and IBRD loans were contracted between 2016 and 2017. The level of expenses for administration and consultancy averaged 8%, while the criteria of the control system indicated that they should be between 1% and 2%.

Rodríguez, for his part, warns that many of the appropriations meant to finance public works provide poor planning because the responsible portfolios do not correct it. Public Investment Act, which establishes a procedure and mechanism for selecting investment projects. “Many works financed with international credits do not have the profitability analysis to justify it, As in the case of the Néstor Kirchner and Jorge Cepernic dams in Santa Cruz”He hit.