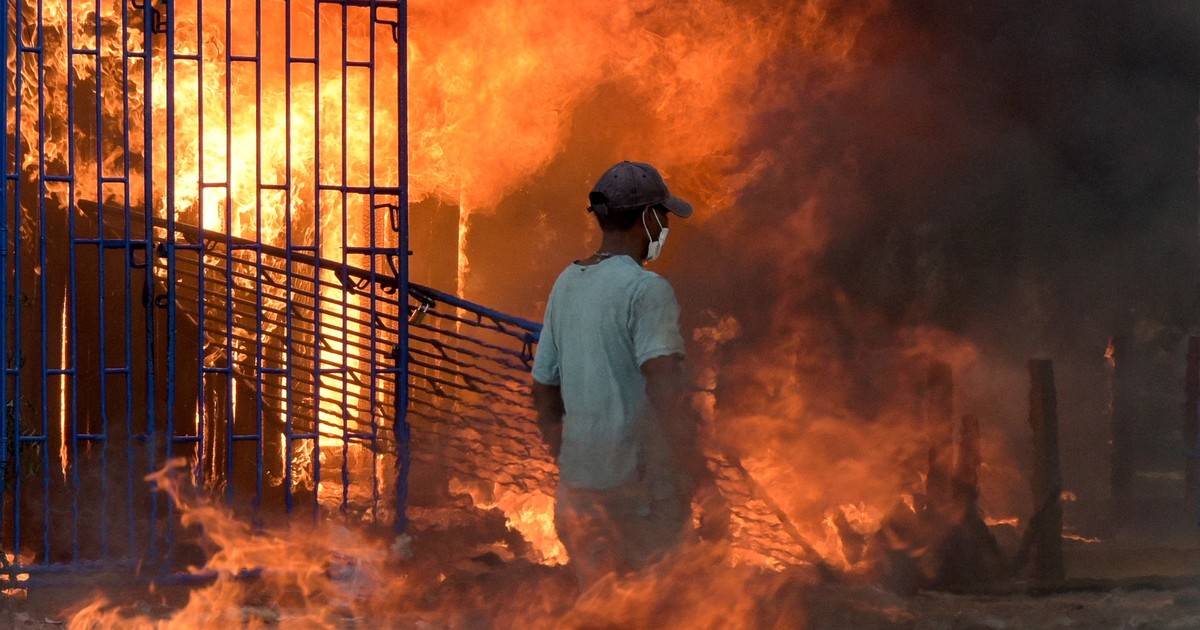 They are demanding that the government conduct a 2024 census to update its legislative representation and state funding levels.

Santa Cruz de la SierraOne of the major cities BoliviaA lived this Friday A day of violenceStreet clashes broke out between government supporters and protesters, and two offices of government-affiliated unions were looted.

The city, located in the plains of the country, is controlled by the right-wing opposition and meets 21 days of protest Streets, avenues and highways were blocked to demand the government of Louis Arce to carry out the census scheduled for 2024 early.

The opposition faction is demanding a census to update its legislative representation and the amount of state funding it receives, given that it has a larger population than the latest official statistical handbook.

In the morning, traders and public service drivers marched down city avenues demanding the suspension of blockades of streets and roads. Their mobilization was met with clashes with opposition protesters and stones, sticks and firecrackers, AFP news agency reported.

With the help of young people affiliated with the civic-business group Santa Cruz Civic Group, the neighborhood rallied and pushed back pro-government protesters.

The city of La Paz has spent three weeks with days of violence. Photo by EFE

Opposition groups burned tires they used as barricades and said they were repressed by troops.

“Today the people of Santa Cruz have been attacked by the police and the MAS,” said Luis Fernando Camacho, governor of Santa Cruz, referring to the ruling Movement for Socialism party.

He noted that the police and MAS had “created panic and fired teargas shells”.

Government minister Eduardo del Castillo responded by calling the vendors’ and drivers’ demonstration “a peaceful march of people who have been brutally attacked by armed extremist groups looking for conflict”.

Hours later, young protesters angrily stormed the offices of Santa Cruz’s farmers’ federation, close to the ruling party, burning and looting until the arrival of police and firefighters, according to images from private TV channel Unitel.

Subsequently, the headquarters of the Central Obrera Department (COD), the largest local union, was also looted.

There is no official version of the number of wounded and prisoners.

In three weeks of protests, Santa Cruz recorded four deaths in street clashes between civilians, one woman was raped and 178 were injured, according to the Ars government’s balance sheet.

Check it out too