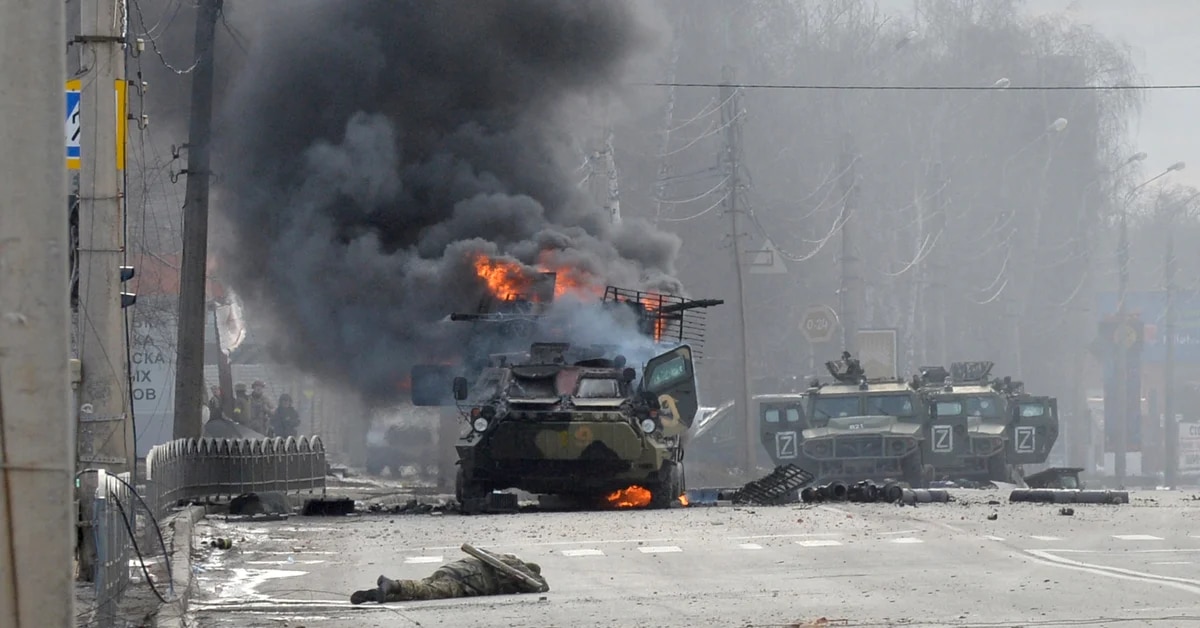 If the world is surprised Early assessments of the war in Ukraine were wrong Or what has happened is that the direction of armed conflict has changed. Asymmetric conflicts – forces with different operational capabilities confronting each other, but with similar objectives and strategies – are long-term and urban, with routine operations and specific tactics. However, Western scholars exaggerated the myth of Russian military power, underestimated Ukrainian military power, ignored corruption in the occupation army, believed in Russian military reforms, exaggerated regional divisions, and underestimated national unity in Ukraine. 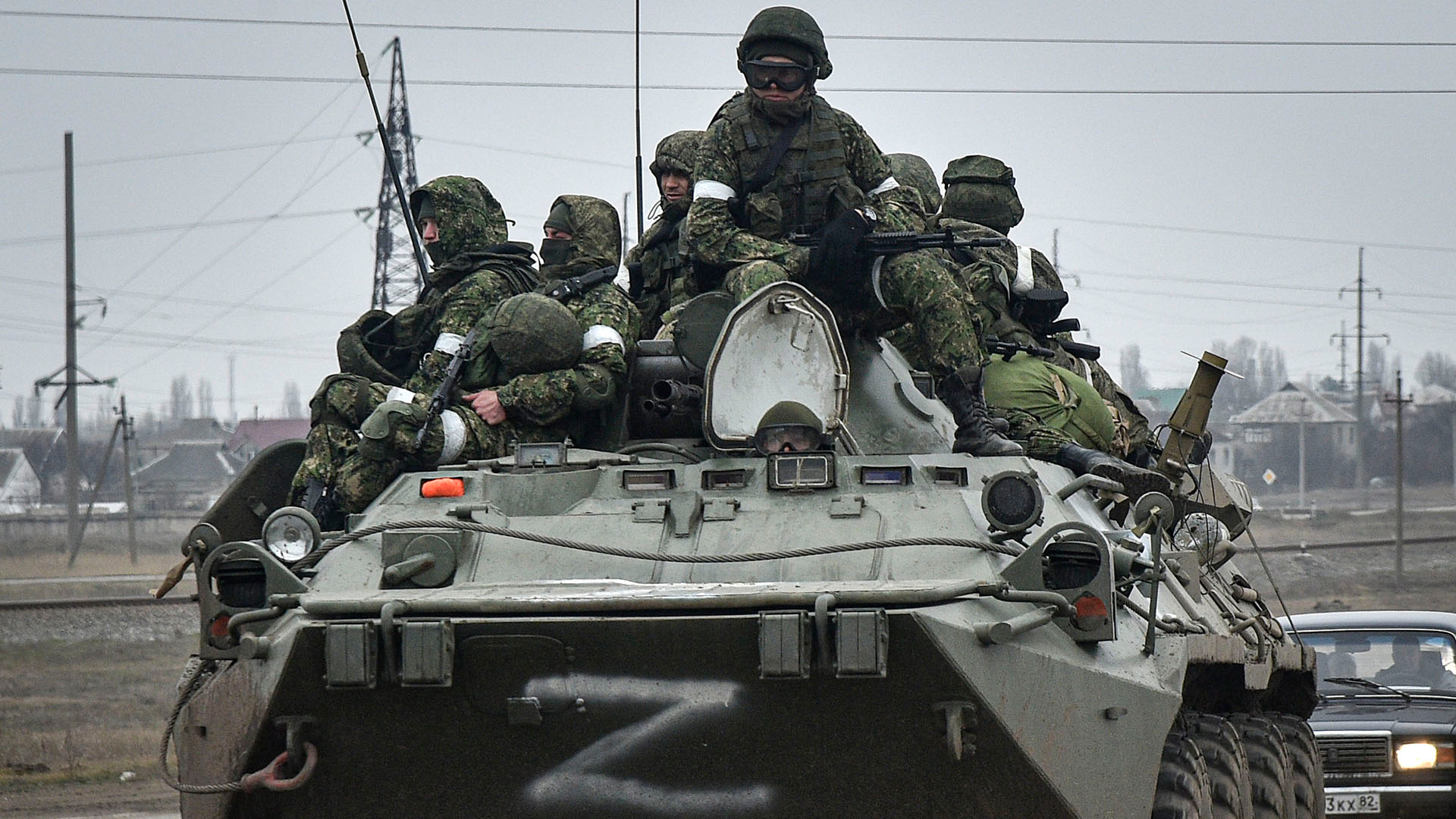 Instead of modernizing, the Russian Army still resembles the old Soviet Army (EFE).

A new Russian doctrine developed by General Valery Gerasimov expands the scenario of armed conflicts and calls it a “grey area”. Gerasimov explains that the area involves more than just war, as both military and non-military groups and mechanisms participate there, and they do so before conflict breaks out. Its aims are social, economic, humanitarian and political; At this last stage, a regime change is instigated. In this way, armed measures are only part of the final solution to the conflict. 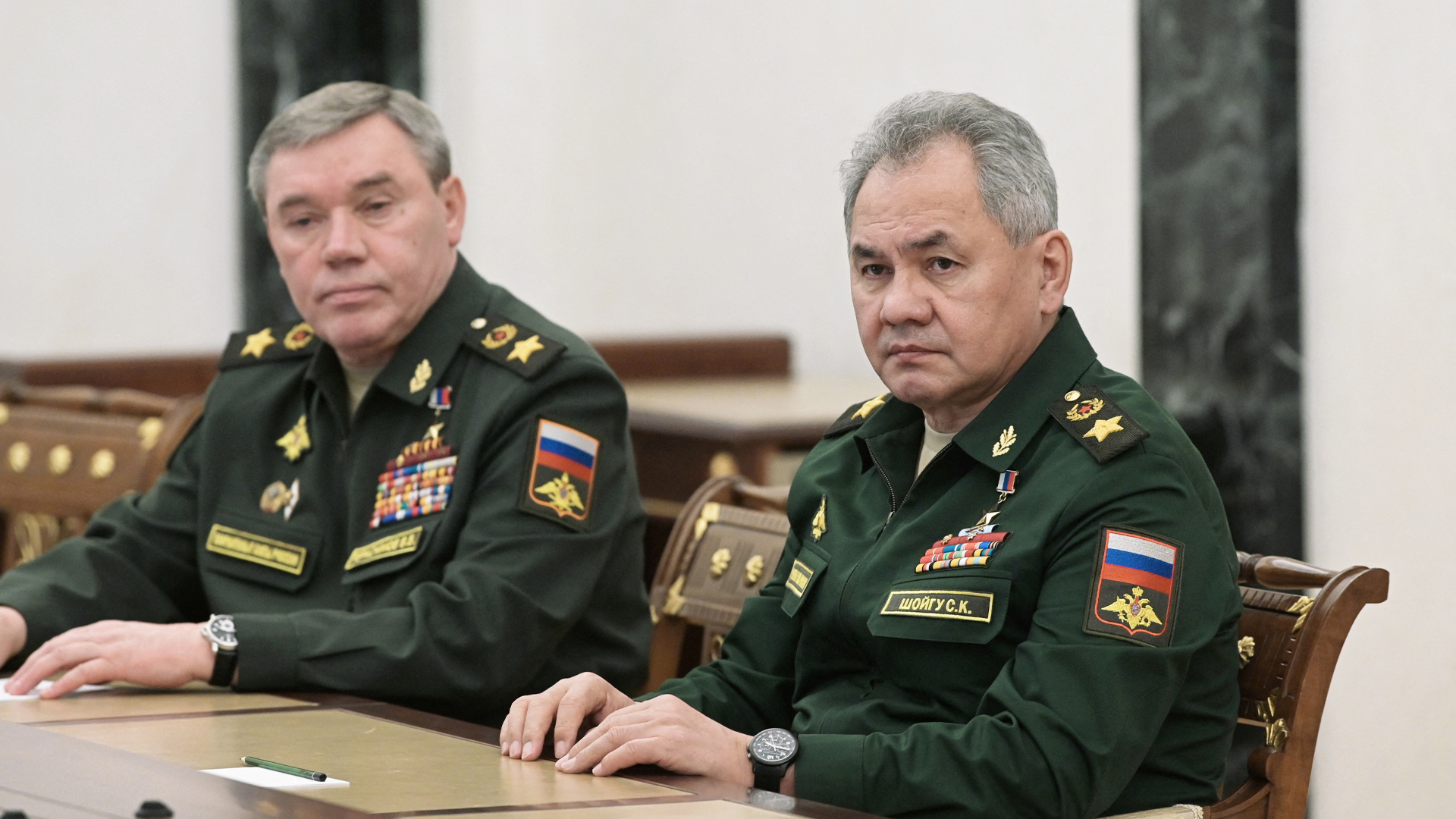 A theory developed by General Valery Gerasimov expands the scenario of armed conflict and calls it a gray zone. He explains that this area involves more than war. Its aims are social, economic, humanitarian and political. General Gerasimov at left of photo (Reuters)

The preparation phase represents a strategic start where it is evaluated The enemy nation’s vulnerability action is taken and the morale of its FFs begins to decline. AA Political strategic preparation included strengthening separatist movements and increasing local tensions against the government of the day. Ultimately the idea is to exploit the situation in favor of the invader, who must assume the role of “liberator”. Then, the new role of organized crime comes into play, with the aim of creating social chaos. Finally, disinformation is used to exert political pressure on the established classes. All these are explained as functional product.

The execution phase begins with overcoming the resistance’s potential in the cyberspace realm. How is it achieved? On the one hand, attacking their C3I (command, control, communications and intelligence) systems. This phase continues with the eruption phase, where mass protests against the government are implemented. In the military, this means an initial attack on power plants and media. It continues with attacks on the defending nation’s forces, weakening its defenses. In addition, as the occupation of the territory progresses, new centers of authority are established where new citizenship documents are distributed to the occupied population related to the occupier.

See also  The winter storm has left at least 15 dead and 800,000 homes without power in the US

The last stage called “Strategic Stabilization” begins Referendum in Occupied Territories, Control of these is legalized and complete with granting citizenship, changing telephone codes like the Invader and enabling social transport for the new resident. This step is the beginning of confirmation, which leading to division of territory, followed by secession. In this development, the occupied territory was formally annexed to the military presence of the occupied country in the said territory. To end this series of operations, mobility in the occupied territories is limited, increasing “humanitarian support” as a way for the occupiers to prove impossible to reintegrate themselves with their country of origin.

A giant with clay feet 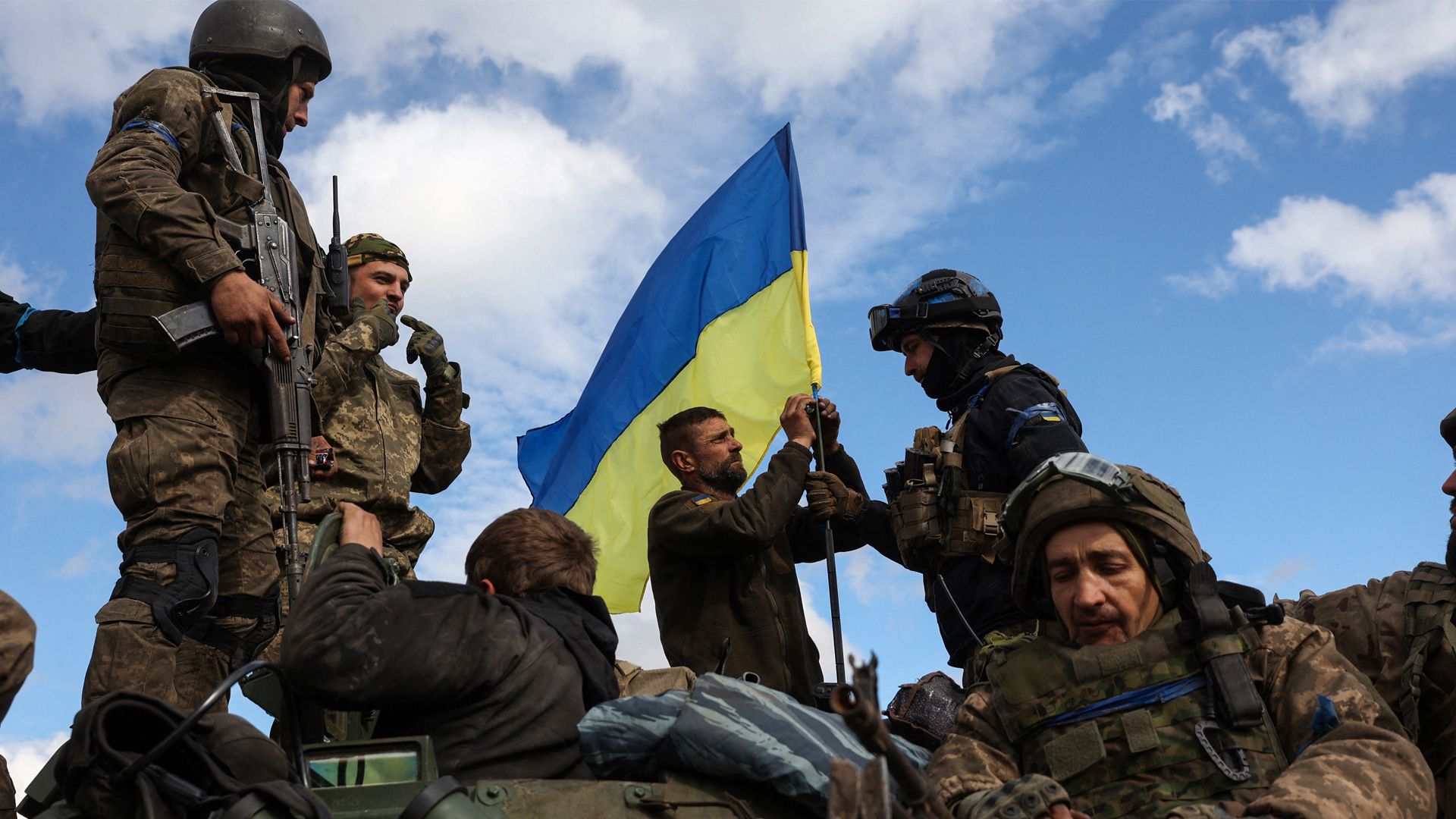 Ukraine has not only undergone a political evolution, but has prepared its armed forces for new wars, not past conflicts. (AFP)

The first explanation is that Russia has introduced it in its FF. AA reforms have had limited influence as measured by the operational efficiency of their troops. In many ways, the Russian army still resembles the old Soviet army in its mentality, hierarchical structure, poor officers, low level of training, lack of discipline, poor logistics and corruption.

During his 22-year reign, Putin tried to “reorganize” the country. But it did not achieve the expected social support. Conscription in their own territory and martial law imposed in conquered territories showed that they did not have the support of their people. On the contrary, Ukraine has experienced “Sovietization” since the late 1980s. This has been emphasized in recent years after the Euromaidan revolution (2013-2014). All this, within the framework of a dynamic civil society and a highly active voluntary movement. The evolution of the conflict shows a false view of the alleged weakness of the Ukrainian state, which is badly divided between pro-Russian Western Ukraine and pro-Western Ukraine.

Ukraine has not only had a political evolution, but He has prepared his FF. AA for new battles Not for past conflicts. The Ukrainian army is unlikely to disintegrate in the same way that the Afghan army disintegrated last year. That is a Russian false assumption. The military element has key elements ranging from space-based intelligence production to the use of long-range self-guided munitions and automated anti-missile systems. 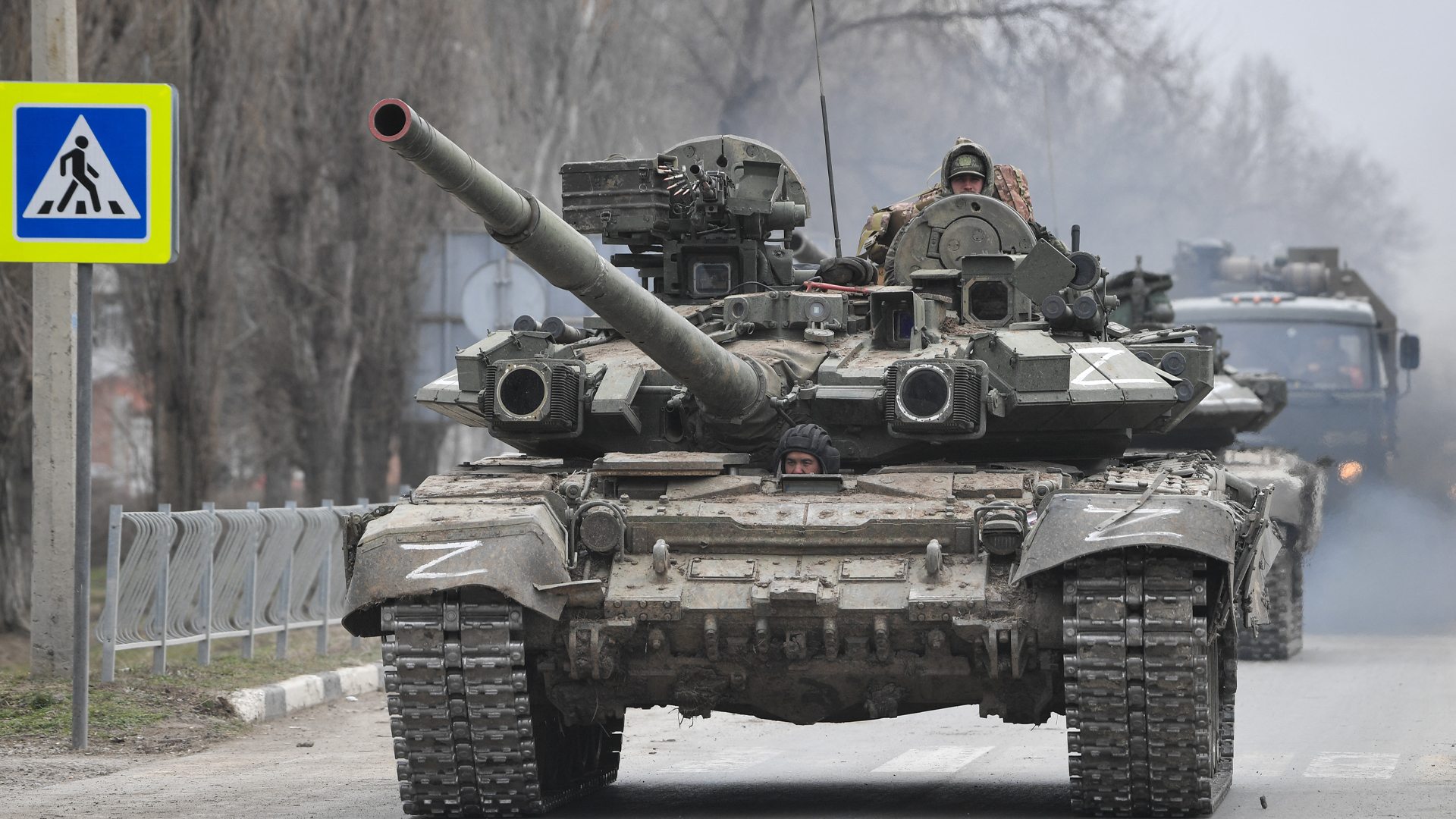 If the end of the conflict is accelerated, the situation could, at the very least, trigger a period in which Ukraine and the West must coexist with a weakened and humiliated, but still authoritarian, Russian state. Although Western democracies rightly advocate the sanctity of civilian authority over military leadership, political and diplomatic leaders rarely have the training, time, or experience to effectively use these new strategic tools to bridge the gap between civilian and military thinking.

Questions and uncertainty for the future

After analyzing the current evolution, it becomes difficult to propose a safe perspective. However, it is important to consider several factors that may trigger an escalation of the crisis. 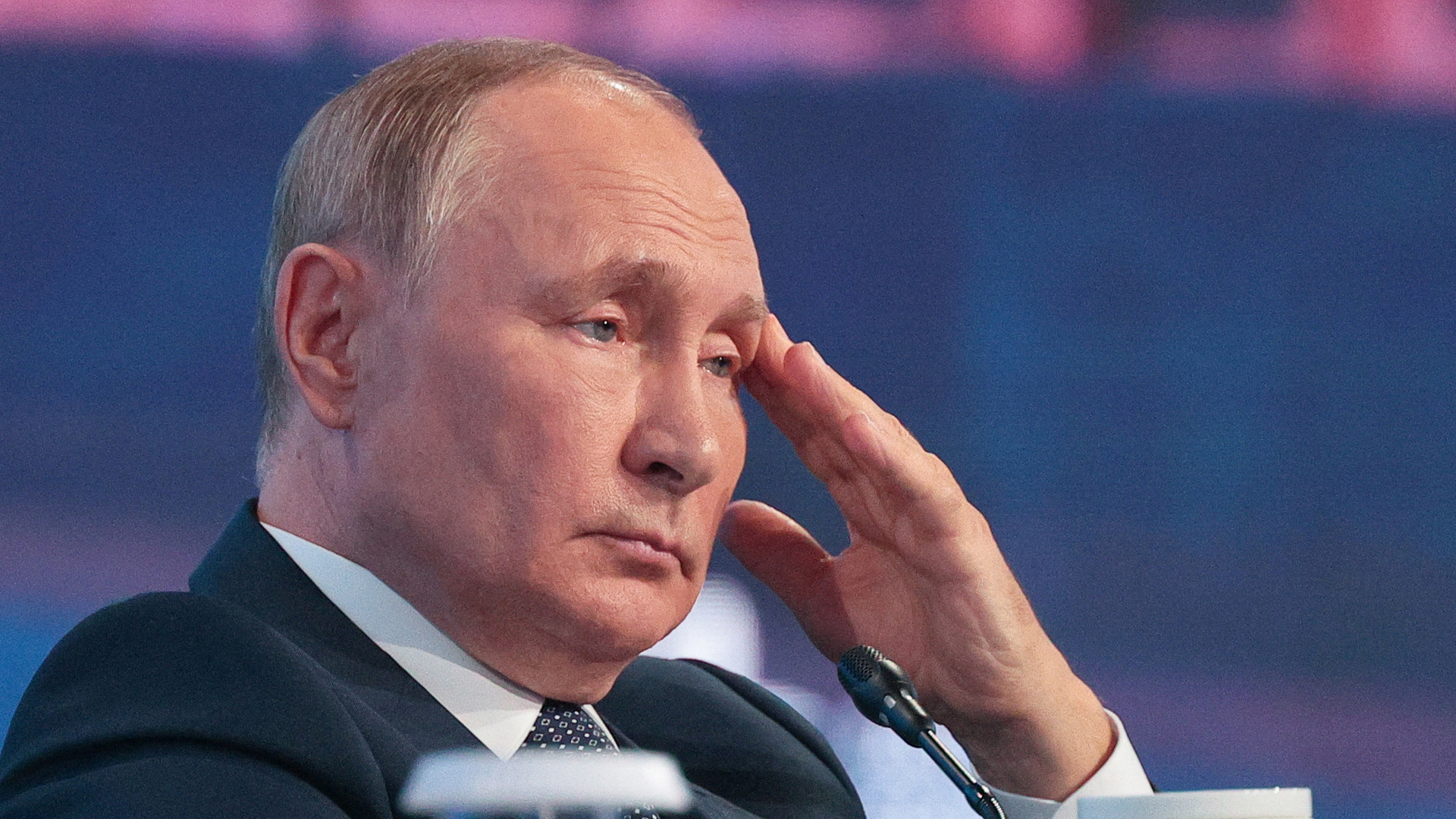 Putin in trouble. If the war continues indefinitely, Russia will emerge as the least powerful international player. (Reuters)

The first hypothesis is that war continues without definition. In this situation, Russia will exhaust itself until it becomes a less powerful international actor or will use all kinds of resources to maintain its international brand supported by the messianism of its president. One wonders if Putin will stop after occupying eastern and southern Ukraine It will continue until it takes control of the “Five Seas”.

See also  Chile election: Fragmented country elects new president | In the most uncertain elections since the return of democracy

Another question is what Putin will do if he feels defeated. Will you use weapons of mass destruction or stop? And, in the near-miss, will Moscow maintain its current 20th-century strategy or evolve toward a form of hybrid warfare within the gray zone?

From the West, for its part, it is necessary to reflect the impact of economic and trade sanctions without any NATO action. On the other hand, there are doubts about the attitude of the countries of the former Soviet Union: will they support Russia in the escalation of the conflict or refrain from doing so in order to avoid the armed participation of NATO?

Will Ukraine be willing to finally consider a peace deal and end the war in exchange for ceding Donbas territory and losing access to the Black Sea? Additionally, One wonders if accelerating Ukraine’s entry into NATO would help deter another Russian invasion or escalate its actions. 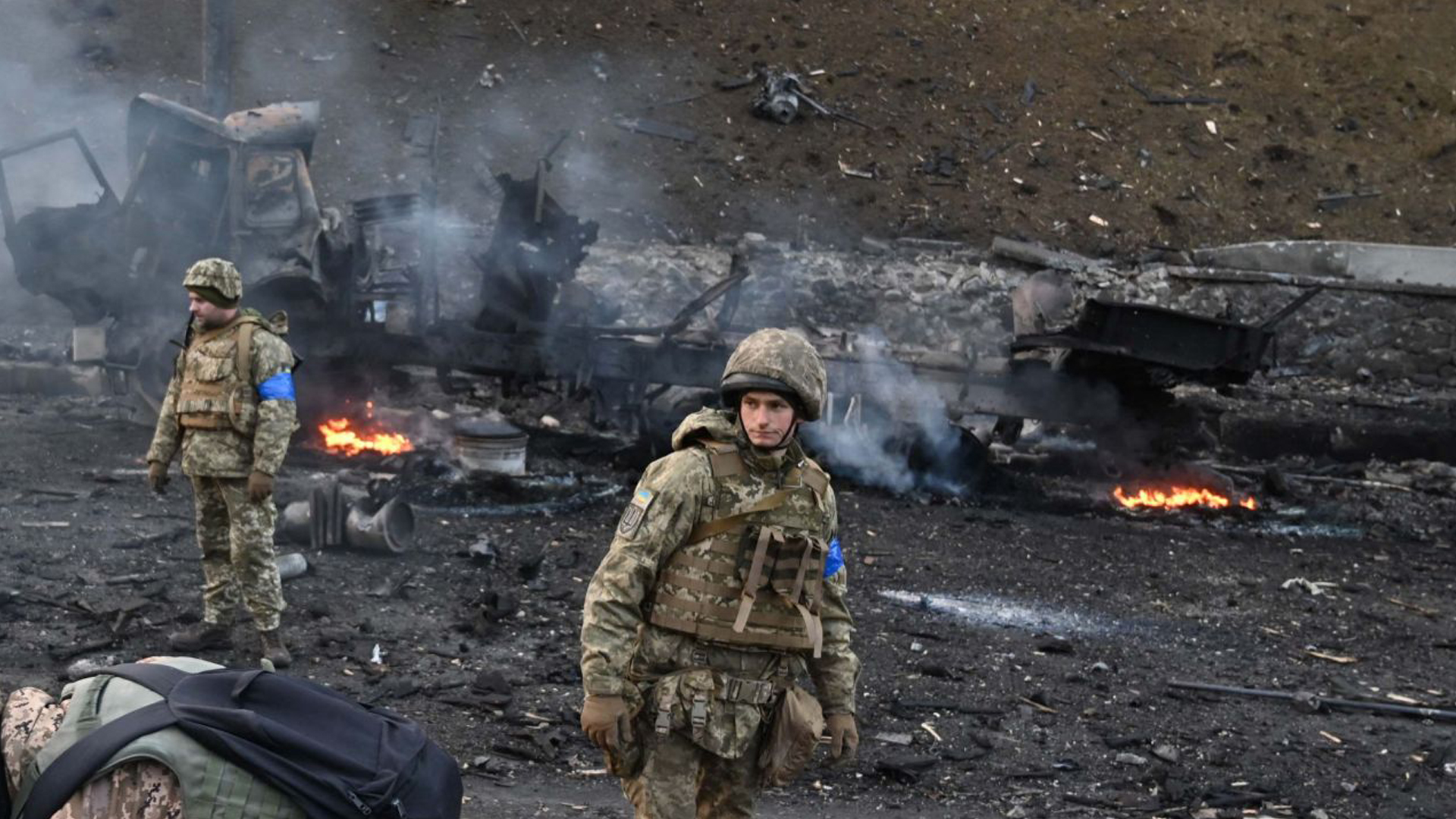 Instead of a resolution to the war in Ukraine, negotiations appear to be stalling and heading for a protracted conflict. The new form of war was that a country perceived as weak did not necessarily fall before the invasion of a more powerful state. Hybrid warfare is more relevant than ever in the gray zone, though there’s always the chance that myths will be debunked.

The author of this note is a Colonel (R) of the Argentine Army, holds a Master’s Degree in War History and International Relations (UNLP) and is the Director of the Army’s University Editorial Office.

Video: The Wagner group in the crosshairs, the appearance of an army of mercenaries accused of atrocities in Ukraine
Opinion: NATO introduces its new strategic concept and the threat of a new Cold War with Russia grows stronger