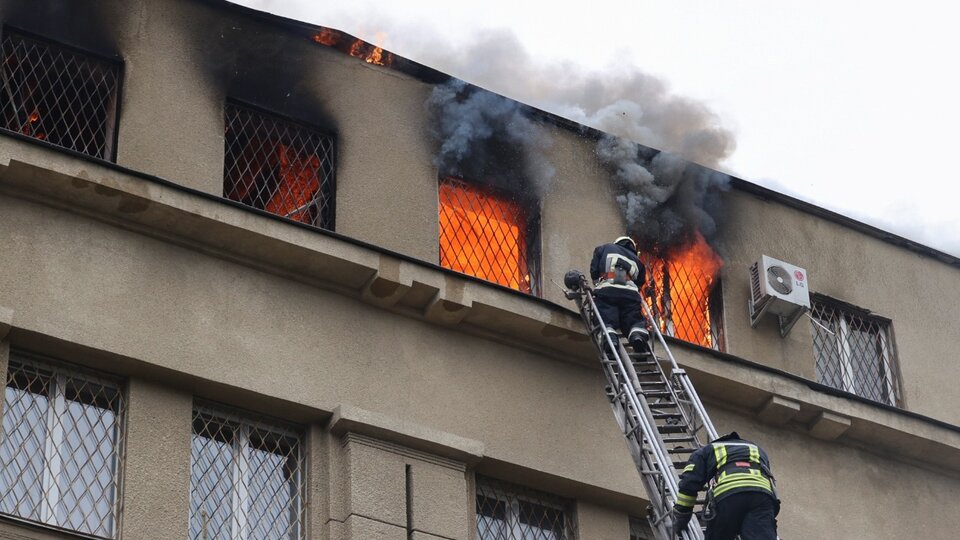 Russia announced on Tuesday that it would Massive shelling on all front lines in Ukraine and accused Ukrainian forces of torturing and punishing civilians in retaken territory as part of their counteroffensive. The Russian offensive comes after its forces were forced to withdraw from several parts of northeastern Ukraine, particularly the Kharkov region. A lightning strike was launched by the Ukrainian army. In the face of this outpost of Q, the Kremlin avoids general or partial mobilization of its population.

“Air and artillery forces are carrying out massive attacks against units of the Ukrainian Armed Forces in all operational directions,” the Russian Defense Ministry said in its daily report on the conflict. High-precision bombing was also launched against Ukrainian positions around Sloviansk and Konstantinovka in the Donetsk region in the east of the country.

At the same time, Moscow has accused the Kyiv military of torturing civilians living in recently recaptured territories.. Kremlin spokesman Dmitry Peskov said there were reports from the Kharkov region to the Russian president that “many punitive measures are taking place, people are being tortured and ill-treated.”

Russia on Tuesday condemned what it sees as “growing bias and politicization” of the UN for criticizing Moscow for protecting human rights while remaining silent on violations by Western countries.

Ukrainian forces launched their counteroffensive in early September, apparently taking the Russian military by surprise. According to Ukrainian officials, their soldiers have recaptured key areas and towns in the northeast, such as Izium, Kupiansk and Balakliya; and about 500 sq km in the Kherson region in the south.

The Ukrainian army in the Kharkov region has been recovering since September 6 Areas with more than 300 settlements and about 150 thousand peopleDeputy External Affairs Minister Khanna Maliar said. On Monday, President Volodymyr Zelensky promised to restore six thousand square kilometers under Russian control in September.

U.S. diplomatic chief Anthony Blinken said Ukrainian forces were making significant progress. However, Blinken added, “It’s too early to say exactly where this is going. The Russians maintain very significant forces in Ukraine, as well as equipment, weapons and ammunition.”

A Russian withdrawal from the Kharkov region put pressure on the table The ranks of the Russian army fighting in Ukraine are short of men. Mijail Sheremet, the Crimean deputy of the Kremlin party United Russia, vowed on Tuesday that without a general mobilization Russian troops would not be able to achieve the goals set when they launched a “special military operation” last February.

That view is shared by many Russian military experts and bloggers, as Chechen leader Ramzan Kadyrov criticized the generals’ mistakes on the battlefield and was ready to send 10,000 men to the front. Pro-Russian soldiers noted that Ukrainian forces in Khargou were eight times larger than Russian forces. who chose to leave, leaving fuel and military equipment in the hands of the enemy.

According to local press, the President Vladimir Putin Assumes that Most Russians do not want to send their sons to fight in Ukraine. “We are not talking about this right now,” Kremlin spokesman Dmitry Peskov said during his daily telephone conference.

70 percent of Russians more or less support the military campaignA recent official poll found 18 percent opposed. While Ukraine interpreted Russia’s withdrawal from Khartoum as a major victory that allowed it to reclaim thousands of square kilometers of territory, the Russian Defense Ministry argued that the decision was an attempt to strengthen its positions in the Donbass.

Blame the Germans for the weapons

Minister of Defense of Ukraine, Oleksii Reznikovhe told the French newspaper the world what The war entered a new phase with Western weapons. The Ukrainian government insisted on supplying the West with sophisticated weapons. But Germany came under fire again for failing to deliver the Leopard tanks it told Q.

“There is no rational argument as to why those weapons cannot be delivered, just abstract fears and excuses.”said the Foreign Minister Dmytro KulebaGerman Prime Minister Olaf Scholz said Monday that Germany will not act arbitrarily when it comes to arms deliveries, after dodging a question on the matter.

In a phone call on Tuesday, the German leader urged Putin to “reach a diplomatic solution as soon as possible, based on a cease-fire, full withdrawal of Russian forces and respect for territorial integrity and sovereignty from Ukraine.”

Meanwhile, far from the battlefield, Ukraine’s allies in the European Union (EU) continue to struggle with an energy crisis resulting from the closure of a Russian gas pipeline. The Czech Republic, which holds the EU’s rotating presidency, called an extraordinary meeting on September 30 to take urgent measures aimed at curbing rising energy prices.

See also  'Youtuber' found the car of two teenagers who went missing 21 years ago in the United States at the bottom of a river.