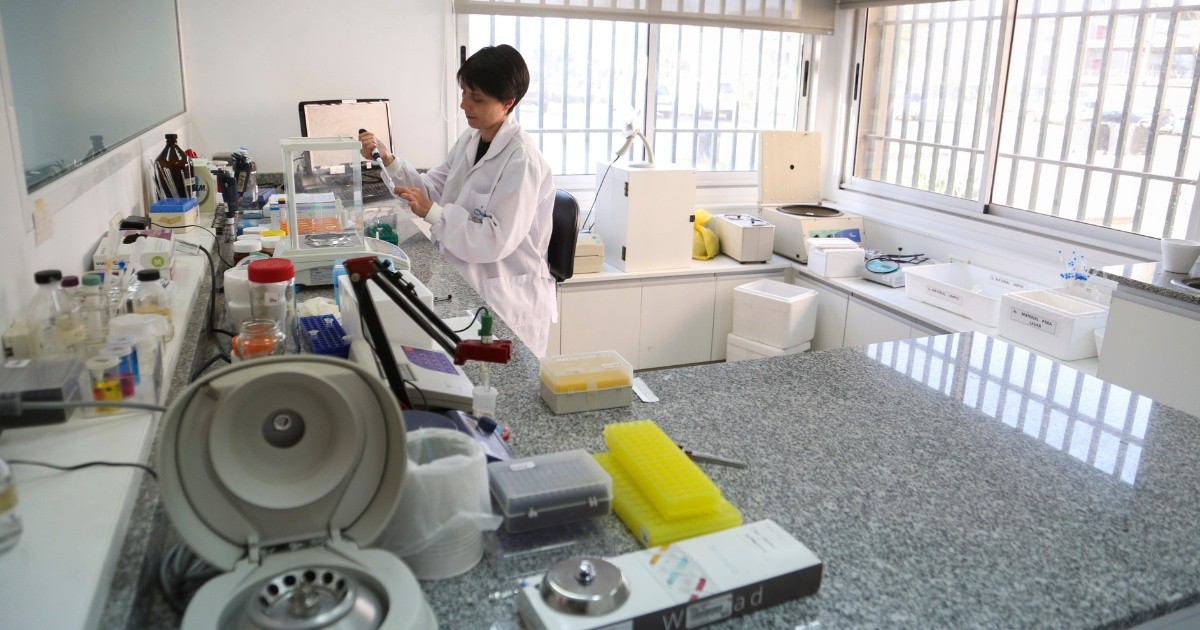 The MERCOSUR (SEBEM) Center for Structural Biology will reopen in Rosario next Thursday Its coordination works in the city and is in charge of Rosario researcher Maria Natalia Lisa. A group of scientists from eleven research institutions spread across four countries – Argentina, Brazil, Uruguay and Paraguay – collaborates to improve skills, integrate skills and infrastructure and improve quality in the fields of structural biology and bioimaging. Life for people and planet. His key The aim is to promote collaborative projects with greater impactcapable of contributing to social development through Advances in Biological Sciences and related fields. The groups that make up the network carry out scientific researchApplications in health, biotechnology, nanotechnology, food and environment. Rosario’s Institute of Molecular and Cellular Biology (IBR) is one of the SEBEM nodes, along with three within the country.

Lisa (age 41) is a Doctor of Biological Sciences and has two postdocs, one at the Pasteur Institute in Paris. He is devoted to protein crystallography, technique that allows them to be known, and Applying his research to tuberculosis bacteria Attempts should be made to find agents that allow resistance to stay in the human body.

The scientist, who graduated from the National University of Rosario (UNR), coordinates Sebem, which will be relaunched from Rosario this week. Funding provided by the Zuckerberg Foundation -yes, of Mark Zuckerberg, the creator and owner of Facebook- which will allow the scientists to work together with two other colleagues from Mercosur based on the initiative given by Lisa in terms of technology development and mobility and research nodes. Nattie, as her peers call her, got it Rosario3 In your lab:

-How did MERCOSUR’s Structural Biology Center come about?

Sebem has been around for 15 years and has grown and strengthened over time. It does not consist of one building, but a collection of research institutes and groups spread across four countries. When it started, the founders decided to work together We don’t go anywhere alone.

Over time, they tried to get funding because it was important for scientists to be able to move between different centers Specialization requires very expensive infrastructure No single organization is going to have all the necessary components.

-What is structural biology and bioimaging?

-Structural biology is a The branch of biology that studies the structure of molecules They make up organisms such as nucleic acids, including DNA and proteins. Try studying molecules in space, their functions and their structure. Bioimaging attempts to visualize how they are distributed in a biological model by means of an image.

– What is your research project?

– The bacterium that causes tuberculosis has a mechanism to understand what is happening in our body and adapt to continue living. I try to understand and see how bacteria adapt to live in humans. If you can understand that, you can design treatmentsIt’s like finding a bacteria’s Achilles heel to design an anti-bacterial agent.

How do you get to Sebem headquarters in Rosario?

-IBR is one of the nodes, today it is the headquarters of Cebem, because every three years its central headquarters and coordination between the member states differ. His selection is conducted by consensus among the Center members.

-This is a contribution that allows the movement of researchers to and from SEBEM and scholarships for technological development in the field of structural biology and bioimaging. This is a successful strategy for enlarging and contributing to inquiries. The grant came from a project we presented together with Alejandro Busciaso from the Pasteur Institute in Montevideo and Rodrigo Portugal from Brazil.

-How are we in Argentina in terms of science and technology compared to Brazil?

– Beyond (President Jair) Bolsonaro, Brazil has the largest investment. They are building a particle accelerator in Latin America that requires a unique millionaire investment And is shaping up to be one of the best in the world. It’s a mega structure that we want to approach, and it’s possible because the industry that manufactures components for that construction is also in Brazil.

Understand that doesn’t mean they do better science than us Argentine science is very good, although it deserves more funding. I don’t want a story that folklorizes poverty because there are other priorities Investing in science creates jobs Not only for researchers but also for the general public.

On the other hand, Self-knowledge is sovereignty over your territoryContext is global but realities are local and local responses must be given to global problems Not dependent on technologies from the north. Technology should be in your language, in your territory.

-Uruguay is smaller and similar to Argentina. Science and technology are highly centralized in Montevideo and complaints are heard from within. Investment has been cut back a bit and there is a struggle to recover funding, something that has yet to be achieved and that is a great shame. Life in Montevideo is very expensive and people live modestly and live on less.