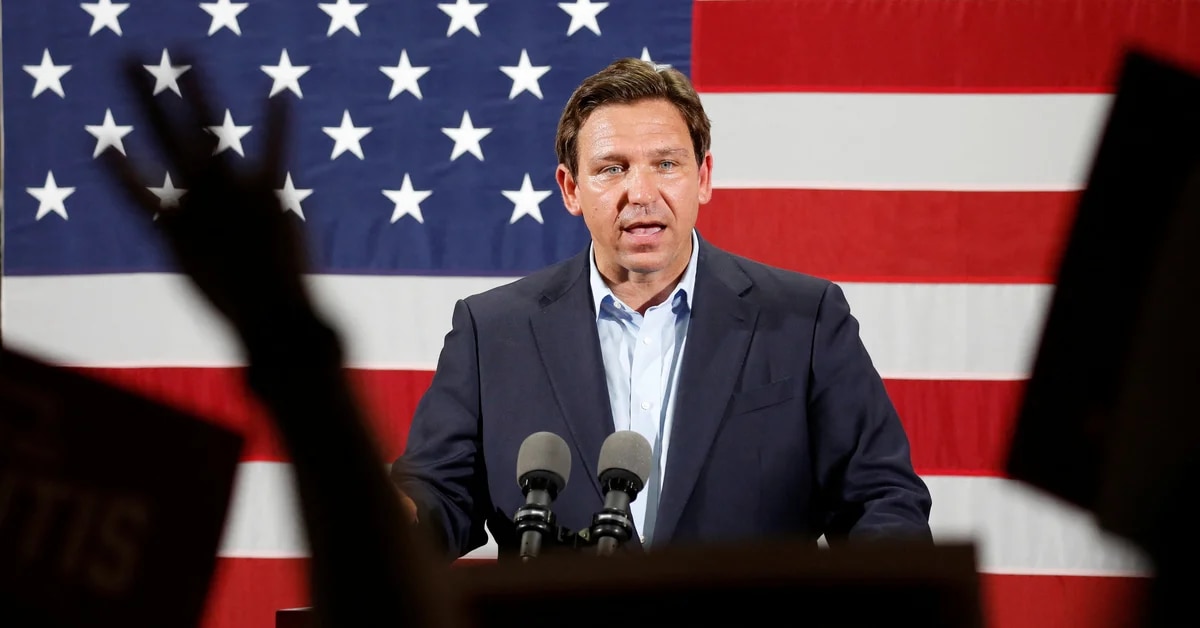 Governor of Florida, Republican Ron DeSantis, was re-elected to his position by a wide margin, defeating Democratic candidate Val Demings. Thus, DeSantis was consolidated as a potential Republican candidate for the 2024 presidential election.

DeSantis started as the favorite over his opponent, Democrat Charlie Crist, and according to the first estimates, he had almost 73% of the votes counted. 15 percentage points (57% over 42%)

DeSantis’ victory moves to the right in the nation’s largest swing state, as voters embrace a governor who revels in culture war politics and frame his candidacy as a battle against liberals’ “woke agenda.”

In the run-up to the election, DeSantis used the power of his office to hold press conferences and spend a lot of time criticizing the Democratic leader. Joe Biden, liberal politics and the mainstream media, to cheer the crowd.

He gained significant national attention at the start of the coronavirus pandemic for his outspoken opposition to continued lockdowns and vaccine and mask mandates, and over time he’s shown a willingness to engage with almost any cultural divide on immigration, gender, education and more.

His relentlessly combative stance and his ability to wield the power of state government at will endeared DeSantis to key GOP donors and made him the natural successor to former President Donald Trump in the minds of some voters.

Weeks before the election, DeSantis ordered the administration to fly groups of immigrants from Texas to the exclusively liberal enclave of Martha’s Vineyard to protest federal immigration policies along the southern border. DeSantis said it was a way to make immigration a “front-line issue” ahead of the midterm elections, and his critics questioned the legitimacy of the flights, accusing officials of lying to passengers.

Politically, the storm gave DeSantis a platform to strike a unifying tone in the final stretch of the campaign, showing his ability to shed the role of culture warrior and become an effective crisis manager. The response brought DeSantis and Biden together in Southwest Florida, where the two surveyed the damage, met with local residents and briefed reporters, with DeSantis saying at one point, “We appreciate the team effort.”

The win is sure to fuel speculation of a possible DeSantis presidential run. So far, DeSantis has dodged questions about his potential Washington aspirations, tapping into the issue repeatedly during his only gubernatorial debate with Crist in late October. Trump, credited with promoting DeSantis to his first gubernatorial post, is frustrated by DeSantis’ refusal to rule out a 2024 run, according to people familiar with Trump’s thinking.

The governor previously raised more money than Crist, a 66-year-old Democrat who was Florida’s Republican governor from 2007 to 2011. Crist aimed his candidacy at moderate Florida voters, threatening DeSantis and seeking a reversal. A series of defeats for the Democratic Party in the state. Crist gave up his congressional seat to run for governor this year.

The Democrats, the minority party in state government, face significant challenges in a state that has recently been viewed as a permanent political battleground but has drifted to the right. Trump has won the state twice and Republicans are aggressive in local organizing and have made a sustained push in voter registration.

Last year, in a significant milestone, the GOP surpassed Democrats in more registered voters in the state for the first time in modern history, then continued to widen the gap in November.

Some Democrats acknowledged that previous organizing and registration efforts in Florida had focused primarily on presidential races, and there were concerns that DeSantis might give up the state after recent losses and rising popularity among the party’s big donors and national wing.

The Democratic Governors Association bristles at that characterization, saying it sees Florida as a competitive battleground. The organization spent $685,000 to help elect Crist, a spokeswoman said.