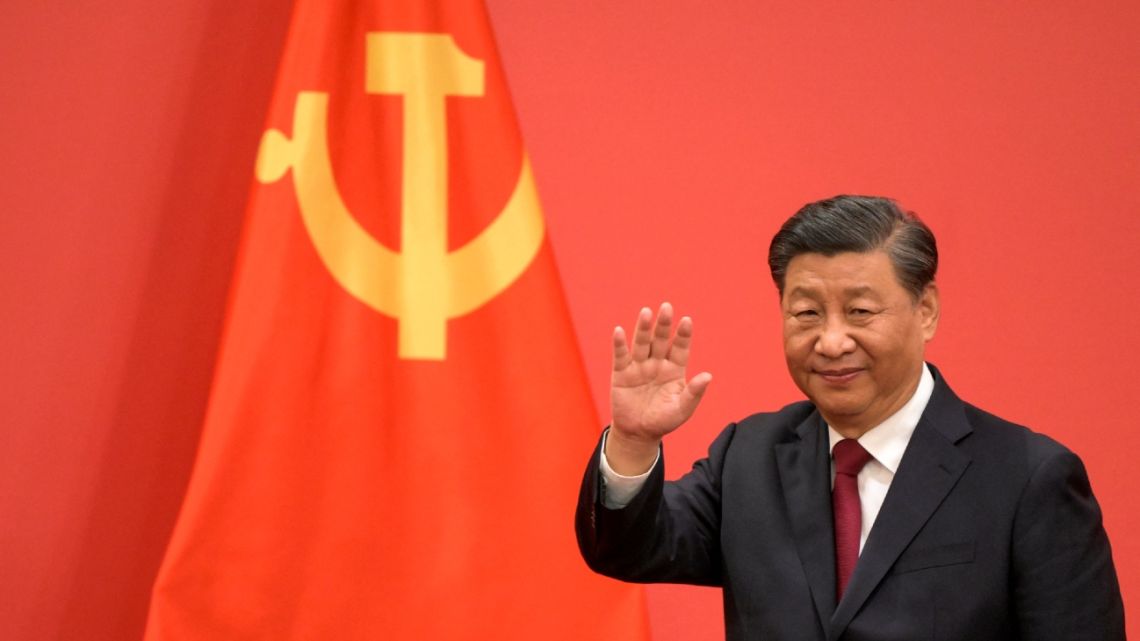 Concealed in scientific reports, it appears to deliver a series of coded messages received by the United States Evidence of Covid Leak from Wuhan Lab (China) Before causing infection It killed 6.6 million people worldwide Chinese leader Xi Jinping Knew what was going on.

It was Toy Reed, An expert in the “official language” used by the Chinese elite is in charge of analyzing it. He said updates from the Wuhan Institute of Virology were sent weeks before the first official coronavirus case. China They describe the crisis in the laboratory.

Reid, who He was part of the committee that prepared the report for the US Senate supports the theory that “Laboratory leak“Documents were discovered from mid-November 2019 containing confidential references to the “serious situation”, “hidden dangers” and “serious consequences” of what happened.

Toy Reed worked for 15 months Together with a team of nine, dedicated to investigating the origins of the epidemic Senator Richard Burr ordered.

“My ultimate goal with this report is to provide a clearer picture of what we know so far about the origins of SARS-CoV-2 so that we can continue to work together to be better prepared to respond to future public health threats,” said the senator.

Reid said he used a virtual private network, or VPN, to access the transmissions filed on the Wuhan Institute of Virology (WIV) website. There are things online but no one can understand.

The documents describe how a high-ranking Chinese regime official visited the lab with “significant oral comments and written instructions” from President Xi Jinping and former Premier Li Keqiang. Reid and the three experts agreed that the documents appeared to refer to an “ongoing crisis” that occurred shortly before Wuhan confirmed the first cases of Covid.

The evidence provided by Reed is partial A more than 500-page report prepared by the ‘US Senate Committee on Health, Education, Labor and Pensions’, a 35-page summary of which was released last week. In those pages, experts conclude that Covid-19 may have leaked from a laboratory and that there is “still a paucity” of evidence pointing to “natural spillover” of the virus.

Reid based his findings on reports from Chinese Communist Party officials based at the Wuhan Institute of Virology, which are sent to Beijing weekly. But because the content of the documents must not betray the Chinese Communist Party, any problems are shrouded in legal jargon that is difficult to interpret.

Reed said he found confidential notes in a Nov. 12 report detailing how party officials would open test-tube samples: “Once you open the stored test tubes, it’s like you’ve opened Pandora’s box. These viruses come without shadow and disappear without a trace. Although [tenemos] Various preventive and safety measures require laboratory personnel to exercise utmost care to avoid operational errors that lead to hazards.

“Every time this happens, Zhengdian Lab Party Branch members always rushed forward and took real action mobilize and motivate other research staff,” the report said. Reed believes the news points to trouble at the lab and prompts some form of disciplinary action by Beijing.

“They almost knew Beijing was going to come down and yell at them,” Reid analyzed in an interview. ProPublica.org.

A report dated Nov. 19 sent Dr Ji Changzheng, director of safety and security at the Chinese Academy of Sciences, to hand over a week later. “Important oral comments and written instructions” given by Xi Jinping and Li Keqiang to the company’s top officials.

Xi Jinping’s mysterious handwritten note gives a measure of the seriousness of the case.

According to the document, Dr. G It acknowledged “many large-scale cases of domestic and foreign security incidents in recent years”. It is again referred to as “hidden dangers” that reveal the complex and serious situation currently being faced. [bio]Safety”.

Reed said officials were referring to more.Peach‘, handwritten notes written in the pages of official reports by higher-ups, usually conveying urgent actions to be followed by those further down the chain. He said Dr. Xi presented “Bishi” written by Xi Jinping, which shows the importance of what is happening.

Experts convened by the US Senate concluded that the reports indicated an “ongoing crisis” at the lab and that Dr. G’s visit was not routine. While it is impossible to know what Xi Jinping knew, the words in the documents said they agreed that “something sinister” was going on.

Experts also said “It is impossible to know exactly what was discussed in the meeting” Dr. Between Ji Changzheng and the officials of the Institute of Virology, but they explain This came just weeks before the first officially recorded coronavirus infection in late 2019.

The authors of the preliminary report concluded that “a lack of transparency from government and public health authorities in the PRC about the origin of SARS-CoV-2 still prevents a definitive conclusion.”

“The decision must be respected,” he said, adding that journalists “distort facts and truth.” America must “stop using the pandemic for political manipulation and blame sports.”