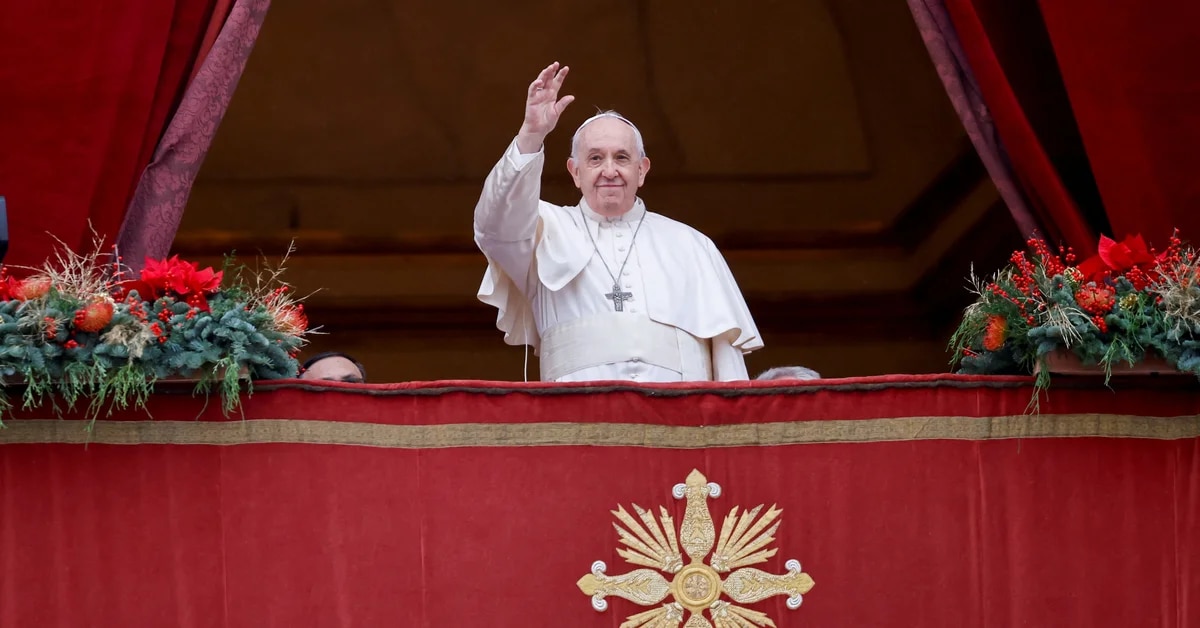 Thousands of people gathered in San Pedro Square this Sunday Pope Francis’ Christmas messageHe prayed for war-torn Ukraine and asked that food not be used as a weapon.

The head of the Catholic Church spoke to the faithful from the central balcony of St. Peter’s Basilica in the Vatican before offering the “urbi et orbi” (city and world) blessing.

“Due to the ravages of this war, Ukrainian brothers are spending this Christmas in the open air or living far from their homes. May the minds of those who have the power to silence the guns and end this senseless war light up”, said the 86-year-old pontiff in his address, which was broadcast around the world.

“All war creates famine and uses food as a weapon. Let food be an instrument of peace“, he pointed out.

“Our times are experiencing severe unrest,” he lamented. Among other conflicts, he cited Syria, the Holy Land, the Sahel, Myanmar and Iran as trouble spots where he wanted “all bloodshed to be avoided.”

Francis has called for peace since Russia invaded Ukraine in February, denouncing war as he tries to strike a delicate balance with Moscow. However, he has met Criticism for not pointing the finger directly at Russian President Vladimir Putin.

Instead, he focused on the human cost of the war, and recently broke down in tears when he prayed for “persecuted” Ukraine. In an interview published in the magazine in November AmericaAmong the American Jesuits, an Argentine priest condemned the brutality of Russian forces in Ukraine, prompting a formal protest from Moscow.

as Latin AmericaFrancis this Sunday is a “An attempt to calm the political and social tensions affecting many countries”. And he added: “I think especially of the people of Haiti who have suffered for so long.”

Saturday night, with the Pope presiding Traditional Christmas Eve Mass Before about 7,000 people in St. Peter’s Basilica, the Vatican says. 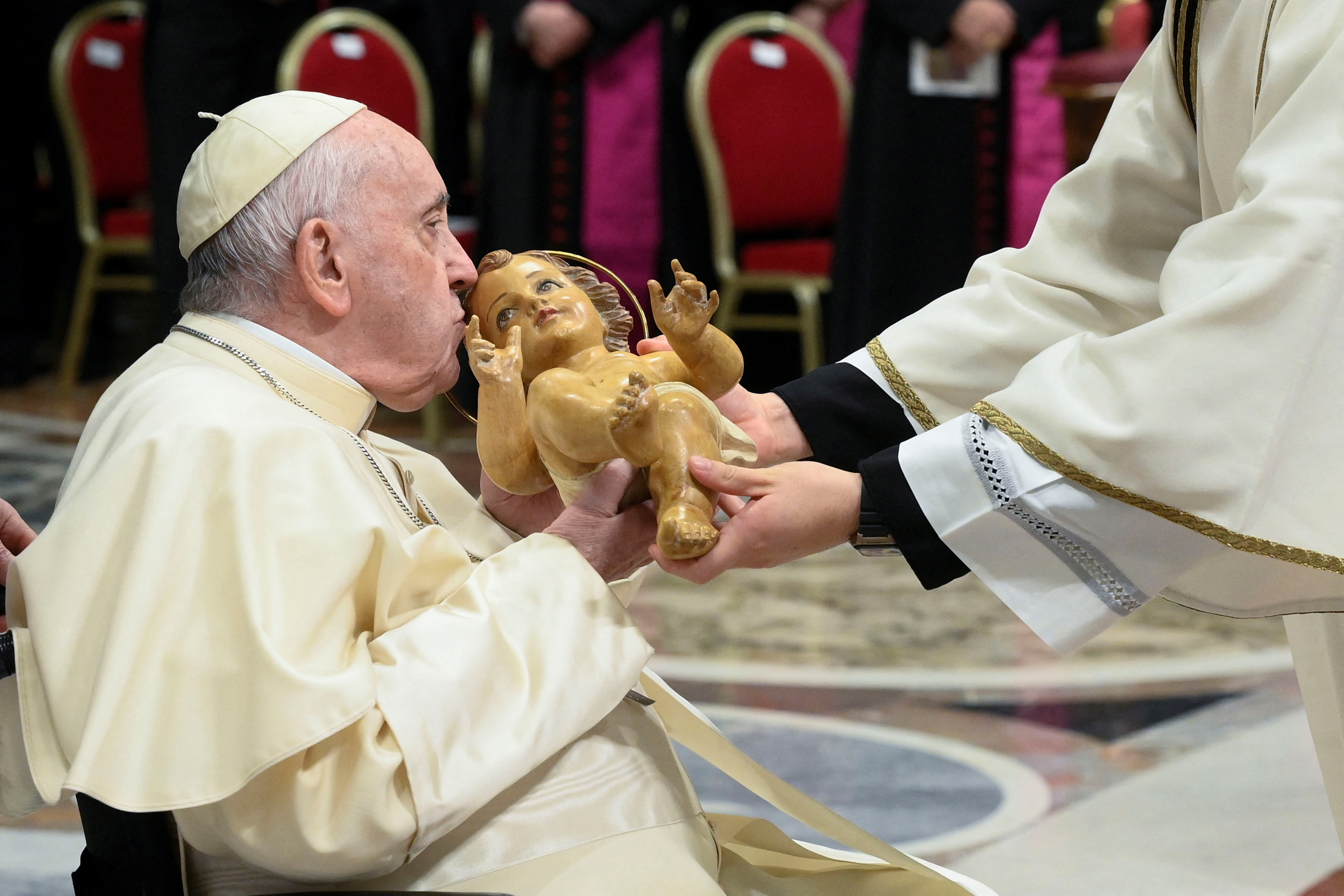 The Pope at St. Peter’s Basilica (via Reuters)

Using a wheelchair due to knee pain, the Pope prayed for “children swallowed by war, poverty and injustice”, lamenting that “the men of the world, hungry for power and money, are devouring his loved ones, his brothers in the same way”. .

He urged people to “leave the warm embrace of the world” and “don’t let this Christmas go by without doing some good.”

As the world’s 1.3 billion Catholics prepare to celebrate the birth of Christ, about 4,000 people without tickets watched the ceremony on giant screens set up outside the basilica.

“It’s very inspiring to be here with all these people,” he said AFP Victoria Machado has traveled to the Vatican with her family from Mexico. “Even when we’re away, we’re happy to see the Pope and we feel this connection with each other,” the 19-year-old added.

Julie, a 50-year-old French executive, described the pope as “a very humble man who I think can deliver a message of peace, unite people and ease tension.”

At least 16 people were killed and 68 injured in Russian attacks in Kherson before Christmas
In the middle of the night, Pope Francis condemned the “power that devours the weak, makes wars, and humanitarianism insatiable with money.”