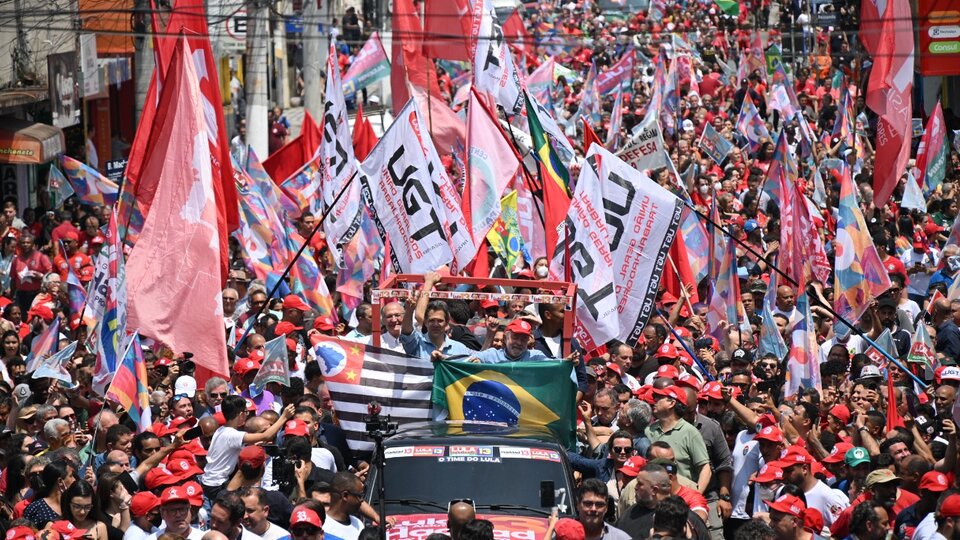 Former President Luis Inacio Lula da Silva As confirmed this Wednesday Brazil is the favorite in the election By getting 51 percent voting intention in the first survey after the first round of elections this Sunday. However, experts say If Lula wins, he will have to face the Bolsonaro Congress.

President Jair BolsonaroWho will face him in the second round of the presidential election on October 30? Appears with 43 percent According to the Ipec Institute survey, voting intentionMedia chain Globo interviewed 2,000 voters between Monday and Wednesday of this week in 129 cities across the country.

If only valid votes are taken into account, i.e. excluding null and void votes like election officials, the former union leader could get 55 percent of the valid votes and the far right 45 percent. In the first round of the presidential election, The progressive leader won with 48.4 Percentage of valid votes and The far-right leader was second with 43.2. The job has a margin of error of plus or minus two percent, so under the most adjusted scenario, Lula would win by 53 to 47 points, according to voting intentions found by IPEC.

Ipec also measured the rejection rate of candidates and established 50 percent Brazilian voters pledge to not vote for Bolsonaro either way in the second round, which is 40 points for Lula.

Support for Lula and Censorship of Bolsonaro

The third- and fourth-placed candidates in the polls are centre-right Simon Debbett and labour Cyrus GomezThey have already announced His support for Lula in the second round. The president, for his part, has the support of the governors of the country’s three major electoral colleges: Rodrigo García, in São Paulo; Romeu Zema, in Minas Gerais; and Claudio Castro, in Rio de Janeiro.

Polls before the first round had underestimated Bolsonaro’s strengthThey surrendered a 14-point lead to Lula. Bolsonaro has criticized the polls They began to favor Lula and accused him of trying to manipulate the electorate, so their allies used the space of these results to propose measures to control the activities of these institutions, to investigate and fine them. This Tuesday, The Brazilian government ordered the police to investigate the conduct of the polling station advisers. For his part, the ruling party’s spokesman in the House of Representatives, Ricardo Barros, promised to present a bill that would impose fines or prison terms on pollsters who err beyond the margin of error.

Professors and experts in Latin American politics warned this Wednesday, in that event Lula da Silva Taking over as President of Brazil, Its agenda of achieving material and social rights must be denied in the face of totalitarian nationalismRepresented by President Jair Bolsonaro, Congress has the largest bench.

“The Liberal Party (PL) has the largest bench in the House of Representatives With 99 seats. That Movement to Deny Pandemic, Violence with Women and Journalists”said the president of the Federation of Journalists of Latin America and the Caribbean (FEBALC). Fabian CardosoWorkers’ Party (PT) candidate Lula da Silva describes the situation in the first round of Brazil’s term.

“What agenda could Lula bring to a bench with that profile? And how to deny the agenda with the media?” Cardoso assessed during the Global South Observatory’s virtual panel about the “Centrau”, a parliamentary constituency that supports Bolsonaro, who despite Lula’s victory, was one of the winners. Elections.

See also  Victor Escobar, before receiving euthanasia, was allowed to donate his organs.

In this sense, Cardoso stressed that the big debate is what agenda the new PT government might have and whether it can deny it before the evangelical congregation and agricultural producers, sectors associated with the current president. “What’s happening in Brazil is a dispute over the center, which will give them victory.”, he points to and highlights Lula’s decision to form an alliance with his former political rival, Geraldo Alquim. According to Cardoso, that decision to move towards the center was associated with victory and later represented a rejection of the anti-conservative agenda of the main actors.

The virtual meeting, titled “Thinking World Disorder from Latin America,” was moderated by political scientist Mariana Vasquez and organized by the Global South Observatory and the National Institute for Political Studies.

For his part, a professor at the Schar School of Politics and Government at George Mason University, Guadalupe CabreraThe metallurgical leader and two-time president revealed that if he returns to Planaldo Palace, he must move towards material rights without forgetting the rights of minorities. “The advancement of civil rights comes with the achievement of material rights”Correa Cabrera emphasized and weighed these social demands against an environmental agenda rooted in big cities, but not across the country.

Along these lines, the expert in international politics explained, if the waves of new progressive governments in the region do not have effects on the working classes, they may fail and create other dangerous roles. “Latin America has had very successful leaders in the media, but in the end they are oppressors who divide, divide and support big capital,” Correa said, referring to Bolsonaro, whom he has characterized as an authoritarian nationalist. American Donald Trump with former president and his political vision. In this regard, the specialist noted They are ultraconservative values ​​rooted in discontent and despairUsed by politicians to put an enemy out there.

Lula, the Faith of Latin America

In turn, Professor of Latin American Politics at the University of Buenos Aires and Director of the Global South Observatory Federico Monteroexpressed that A possible return of Lula da Silva would indicate that the popular field is reversing a coup process. It began with the fall of Dilma Rousseff’s government. “The prospect of Lula leading a popular government with transformative policies will be a signal to other governments in the region that are more stagnant,” Montero said.

In this context, the director of monitoring pointed out that the alignment of governments will be created in Mexico, Brazil and Argentina, a regional political panorama that, according to Montero, will not be small. “Lula said he will reinstate Unasur, that there is a plan to restart the bank of the South, and that he has proposed putting a common currency for the South in the public debate,” Montero listed some of the main points of the PT candidate’s campaign.

Despite affirming that Bolsonaroism is undervalued in political terms, the professor warned that the potential failure of these authoritarian manifestations would have important consequences for other Latin American countries. “We are a month away from a group Two shots were fired against the Vice President In an offensive effort clearly linked to neo-fascist manifestations. The failure of neo-fascist dictatorships will have consequences in other countriesMontero is done.