The top 10 companies involved in illegal fishing are responsible for almost a quarter of all registered cases; Eight of them are Chinese

Illegal, unreported and unregulatedOr IUU for short in English, is one of the main points of the impressive Global Report on Fisheries just released. Financial Transparency Alliance (FTC).

The document, titled “Suspicious Networks: Finding the Organizations and Individuals Behind Illegal Fishing Worldwide,” is devastating when it describes who is responsible for the destruction of the oceans: more than half, 54.7%, of this type of fishing is done by the industry. and “Asian-flagged” semi-industrial ships, especially China. The top 10 companies involved in illegal fishing, responsible for almost a quarter of all reported cases, are eight Chinese companies.

The report has a specific section for Argentina entitled “Unregulated Illegal Fishing”. And China is at the center of the action.

It is estimated that IUU fishing in Argentine territorial waters generates losses of between USD 1,000 million and 2,600 million each year. “Considering annual bottled wine exports of $817 million in 2021, illegal fishing is more than twice the size of Argentina’s wine industry. The country’s main target is squid, a strategic species in the food chain and biodiversity, causing large-scale declines in marine life in the South Atlantic,” the FTC said. Said. 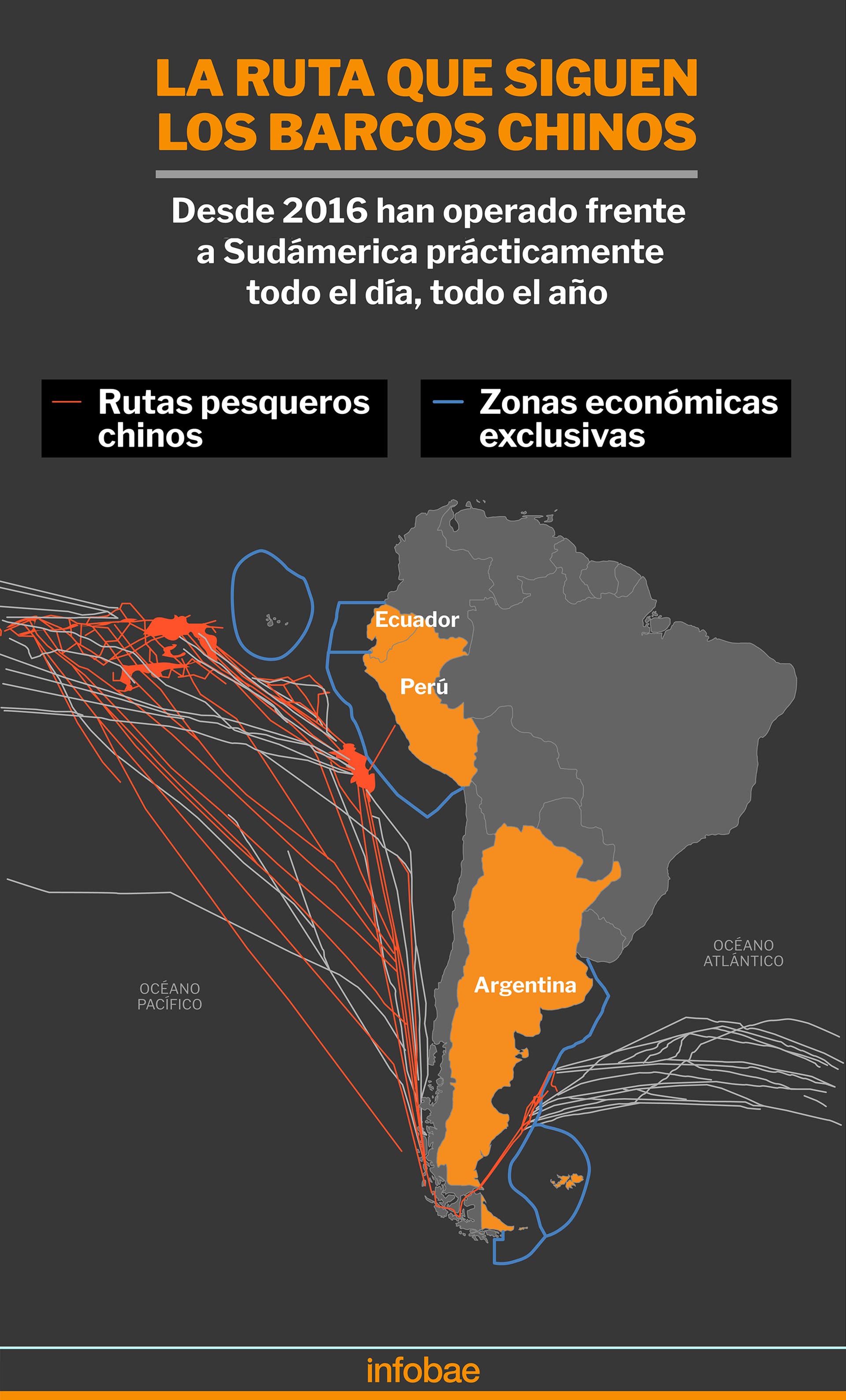 Argentina is one of the most important fishing areas in the world, with an abundance of marine life and diversity that includes more than 330 species of fish, nearly 120 deep-sea species and a wide variety of invertebrates. “The country’s commercial fishing industry generates an annual economic impact of US$2.7 billion and represents 3.4 percent of its GDP. 75 percent of the country’s total catch is driven by four species: squid, hake and shrimp. The squid fishery is the second largest in the world,” the report describes.

Regarding local regulation, the article describes how the federal Fisheries Act was enacted in 1998, and Congress delegated regulatory, control, and regulatory functions to the Federal Fisheries Council (CFP), in addition to the current fishing quotas (individual transferable catch regime) provincial legislation. quotas, or CITC) and the country’s Exclusive Economic Zone (EEZ) extending 200 nautical miles from the coast.

“Fleets operating on Mile 201 mostly fly the flags of China and Taiwan, South Korea and Spain. These vessels position themselves in the outer limits with the intention of fishing for species such as squid and Argentine red shrimp within the EEZ, and many turn off their satellite tracking systems for long periods and reenter the high seas when they cross the 200-mile range. detected by the Coast Guard,” he explains. 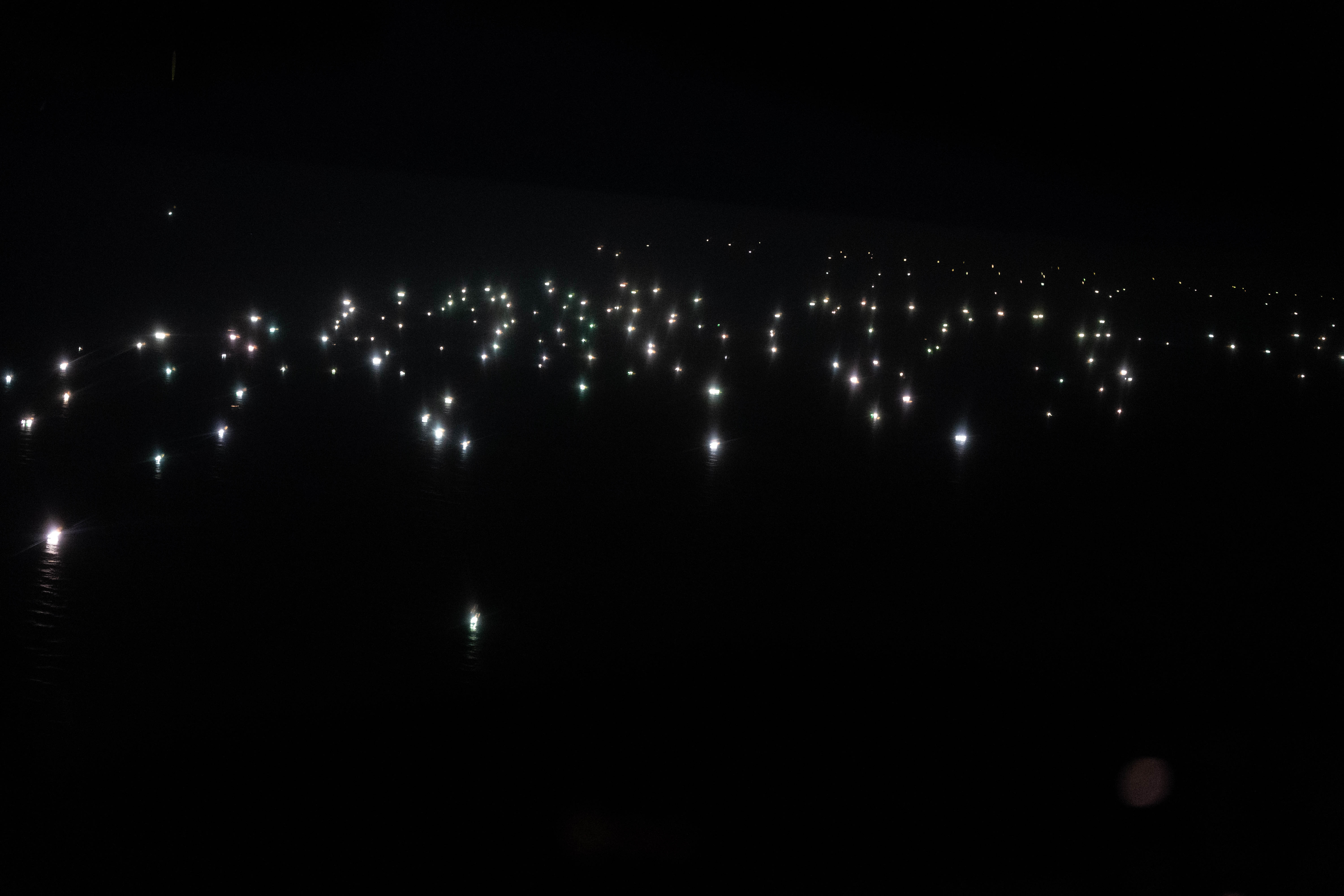 According to data cited by the Argentine Navy, over the years an average of 300 to 400 fishing boats have entered the EEZ to carry out illegal fishing activities, but recently this number has increased to 500 boats. Insufficient resources for the navy and the province’s patrols were also noted.

Illegal boats typically use the “transshipment” system, in which they transfer their cargo to others who, in turn, refuel and feed in international waters, allowing them to remain at sea for longer periods of time. The FTC explained that in 2020 the Argentine Congress approved a new system of fines of US$300,000 and a maximum of US$1.75 million. The scheme allows the vessel to be seized and held in port until fines are paid. In the year of its passage, the new law allowed the seizure of three vessels and the collection of fines of US$2.91 million. 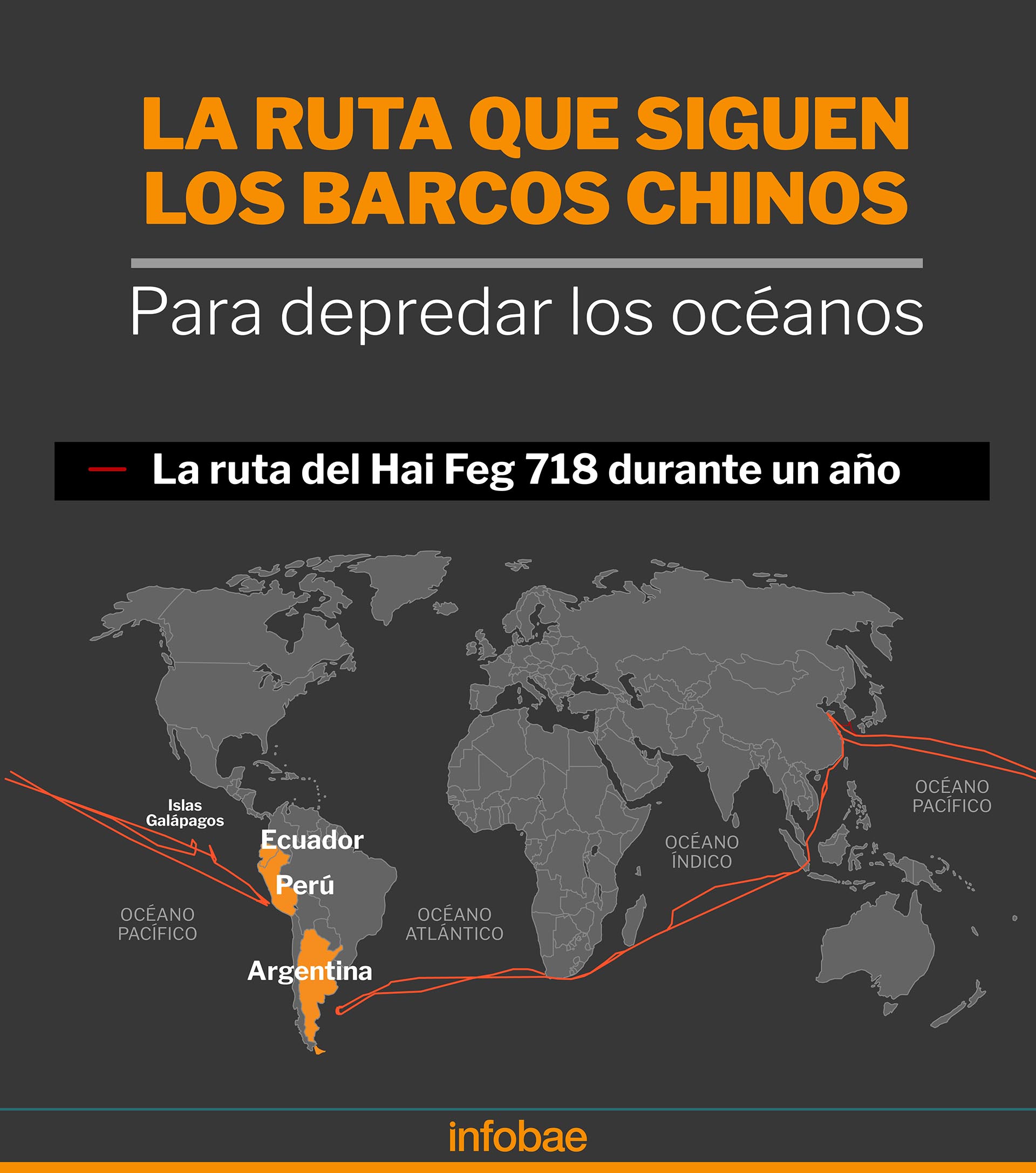 As for ships, the report asserts that an average of one per year is “just a fraction of the hundreds of ships operating illegally in the country’s waters.” Also, some have been involved in acts of violence, such as the 2016 sinking of the Chinese ship Lu Yan Yuan Yu by authorities.

It is also stated that no proper steps have been taken to identify the real owners of the vessels. “Regarding the nationality of the beneficial owners of the IUU vessels we have identified, six are Chinese, three are from South Korea, two are from Spain, one is from Portugal and one is from Japan, along with four unknown vessels that may be Chinese. The flag of that country was there. Interestingly, one of these vessels, The Jing Hua 626, which was seized by authorities for illegal fishing in 2018, belongs to the Chinese government-owned Yantai Beijing Deep Sea Fisheries Company”, closes the local chapter of the disaster report.

In 2021, Infobay Document Argentina is an impressive city of floating lights in the ocean and preys on local fisheries. He did so in a special plane made by Enrique Pinero to see the large number of foreign fishing boats that are concentrated at mile 200, where the exclusive economic zone ends.