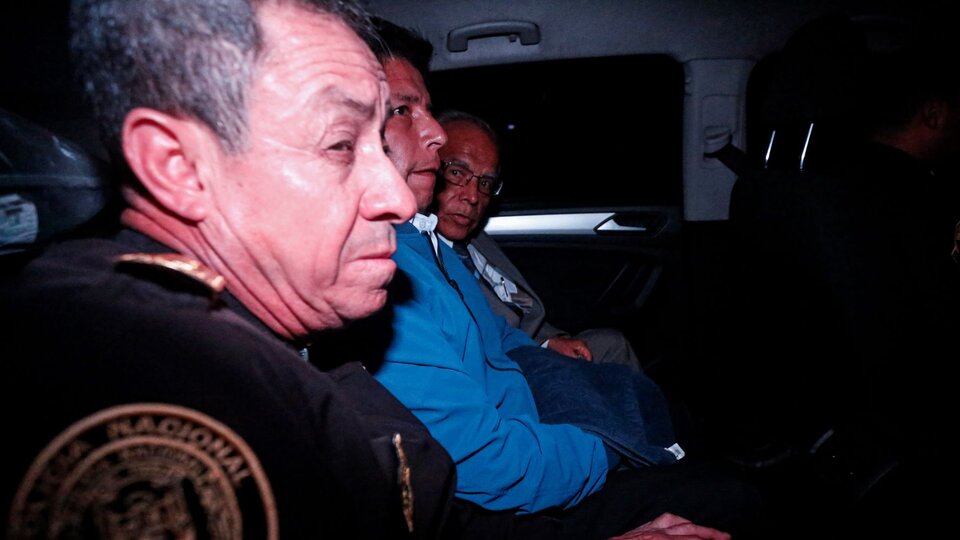 Analysis of the Argentine Ambassador to the OAS

Peru’s political and institutional instability has a new chapter this Wednesday. Now ex-president Pedro Castillo He tried to dissolve the Congress and establish an emergency government. In this context, the Legislative Council voted overwhelmingly to remove the Peru president called his vice president, In Boluarteto take his place.

In AM750Ambassador of Argentina to the Organization of American States (OAS), Carlos RaymondAnalyzed the situation in the Andean country and assessed its impact on Latin America: “Two things are converging at this time, the internal weakness of an organization and the international wave of the right wing“, he explained.

“This situation is not new. There is a constitutional system created during Alberto Fujimori’s phase (Former President of Peru) In the 1990s, Congress relied heavily on This is a very unstable political model, not only during the Castillo presidency, but also in politics in general.Raimundi added Branca de Vuelta.

At this point, the Vice President of the Buenos Aires Grande Front also continued Special Peruvian political system The Constitution grants certain powers to the President, while giving Congress the ability to revoke them.

In this sense, he considered political instability and the impossibility of creating strong leadership “Economic power does not feel obligated to socially distribute economic growth” Of Peru, “Argentina does not have inflation or balance sheet problems, but at the same time there is extraordinary poverty.

Likewise, the ambassador argued, in Castillo’s case, “He doesn’t have the support of his own party.”In the first round He won with just 19 percent of the vote. And second He beat his rival by a margin of 44 thousand votes: “They were mostly not votes from people who passionately supported him, but votes against Fujimorismo,” Raimundi added.

“This is a very broad concept.“, the lawyer and university professor also pointed out the reason for using the parliament to remove the current former president.”The concept is not defined in the Constitution, so anything that the circumstantial majority does not like implies moral incompetence“, he added.

In this case, Raimundi in his opinion, “Castillo is not a corrupt president, but he has failed to build the political support that would allow him to effect profound change.“, and distinguished the situation of the Andean country from other regions: “Argentina, Bolivia, Brazil, and Colombia have broad and socially representative national and popular political sectors.“.

Situation in Latin America and Argentina

In addition, Argentina’s representative before the OAS considered that Latin America’s economic power blocs “have been building a framework for many years.”Public ridicule“Statistics representing popular fields, then Exhaustion of the historical cycle of direct blows.

However, he said they could not lose the support of the leaders: “Lula (Da Silva) He was disqualified, he can’t participate, he was imprisoned, and today he is president again. They also failed to make Christina’s support disappear (Kirchner)”, he emphasized.

I add: “When institutions do not reflect the will of the people, the way to re-democratize the system is in the streetsThat is, a return to origins and a return to sources”.

Finally, Raymond concluded:Not Argentina on October 17, not the world. At that time there were sites of the rebel homeland, but they remained the same. that is, And there was social cohesion. Today, outsourced industrial operations, networks, virtual, Within labor sectors and even within social movements, there is no unity as it existed in those days. And then the city gets really tough“.