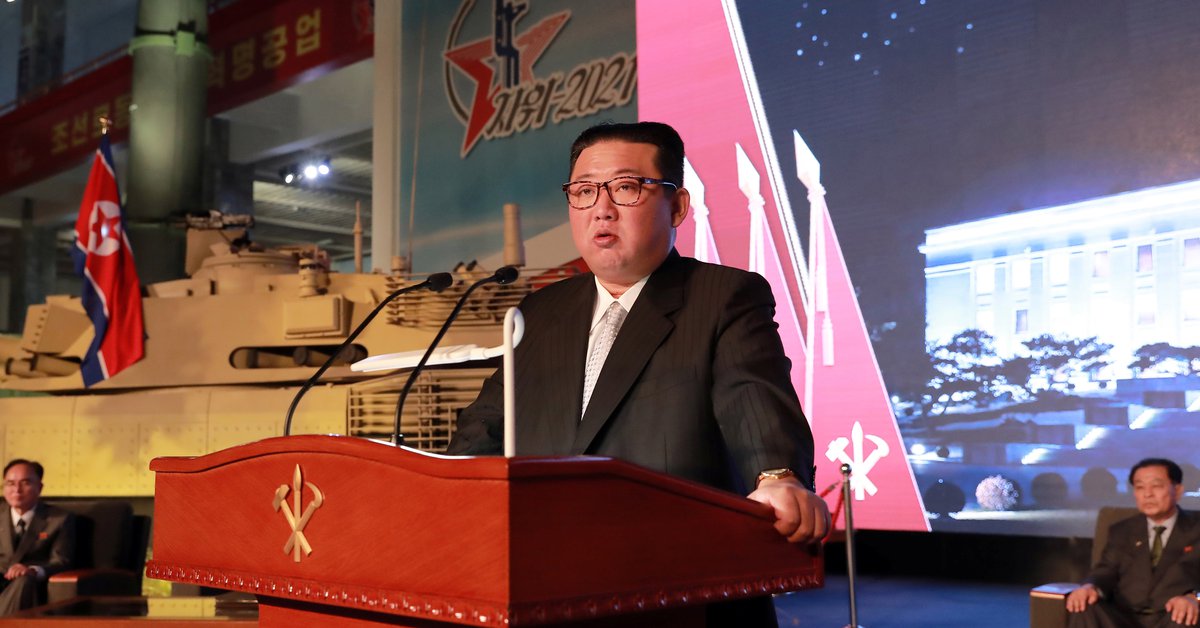 From the regime North Korea They asked people “Reduce the amount of food you eat” At least until 2025, The year in which trade boundaries reopen China. This is because North Koreans are suffering from famine because they are rarely affected by food shortages as a result of efforts to prevent the spread of borders with the Asian giant. Corona virus And irregular economic policies, which are more conducive to arms development than domestic life.

Although open trade with China is essential for the country’s economic recovery – it has been in recession since the beginning of 2020 -, Officials say the chances of this happening before 2025 are very slim, According to the radio station Radio Free Asia (RFA). Citizens, however, denounce the situation as so serious that it is unthinkable to reach 2025 in these conditions. That’s more Many families fear they do not have the resources to survive the winter.

“The food situation at this time is clearly already an emergency, and people are struggling with the shortage. When officials say they need to save and consume less food by 2025, they could not avoid great frustration.“A source told the RFA to remain anonymous for security reasons.”Some residents say the current situation is so bad that they do not know if they will be able to survive next winter. But that would raise the price Saying endure hardship until 2025 is like saying go to bed hungry“The same source said

The pre-epidemic situation in the country was already very subtle 40% of its population – About 10.5 million people Under the condition of malnutrition And 70% of the country relies on food aid, According to a report United Nations. Now, with the sharp rise in food prices that have created a shortage of Chinese imports, the situation of North Korean citizens is increasingly precarious.

A statement from Food and Agriculture Organization The UN says this year will be for North Korea 860 thousand tons less food, which is equal to the consumption of two full months.

They confirm from the government Food shortages are exacerbated by sanctions and trade sanctions United States And the United Nations and the natural disasters that affect the country every year; Added to the severe health and financial crisis that has plagued the world since 2020.

Given the seriousness of the matter and the declining circulation of the corona virus in China and the world, citizens hoped that the borders would be reopened soon and food exchange conditions would improve. But this hope was dashed by government announcements.

“Distrust and resentment towards the authorities spread among the residents because the crowd said they should reduce the amount of food they eat and tighten their belts more than ever.RFA source said

And the illusion of progress seems to be getting further and further away The government has not taken action to fix the problem. Such inaction Many citizens believe that Kim Jong Un, The Chairman Peak Of the nation, Did not properly understand the seriousness of the matter.

Another source told the RFA, “anonymously.”The government has been criticized for focusing on food storage because Supreme President Kim Jong Un did not know the seriousness of the food.”. “Residents are already struggling to move and have already tightened their belts as much as possible. They are worried about the unreliable demands of the authorities and wonder how much longer they can tighten their belts.He added.

See also  They are preparing a bill to criminalize "lawlessness". A legal shield against judicial harassment

The whole situation, and the way the government is dealing with it, is in line with the idea of ​​Kim Jong Un and his ministers. Achieve country self-sufficiency. At the Eighth Conference Korean Labor PartyIn January, the Supreme Leader announced the plan The country must solve its own problems by gradually reducing its dependence on imports from other countries.

In April this year, authorities called on people to prepare for a worse emergency than the famine that killed millions between 1994 and 1998. Mortality is estimated at about 10% of the population.

Following the same line in July, The Central Party Committee He ordered the citizens to start producing their own food, As already stated, is preparing for a food shortage that will last for 3 years. In this sense, The regime’s response is more toward citizens solving their own problems than to providing food aid or a real solution to the problem..