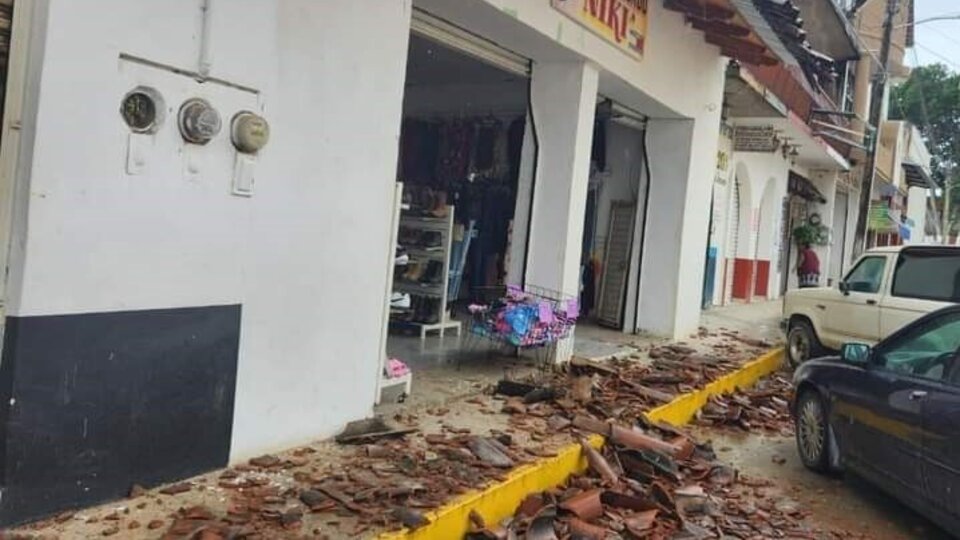 A magnitude 7.5 earthquake struck off the west coast of Mexico on MondayAccording to the United States Geological Survey (USGS) report, so far it has been reported At least one person died. This September 19 tremor commemorates the same day that earthquakes, one in 1985 and two in 2017, killed thousands of people.

Center of tremor is located 59 kilometers south of Colcoman, the state of Michoacán on the Pacific coast. civil defense, Tsunami risk ruled outIts alert was activated one minute before the event occurred.

President of Mexico Andrés Manuel López ObradorAt least one fatality has been confirmed.

According to his Twitter account, he died when a saddle fell from the shop he was in at a shopping center in Kolyma, near the epicenter of the earthquake.

For her part, Mayor Claudia Scheinbaum told a press conference that “Until now No major damage was reported in Mexico City”, the National Seismological Center’s “Five Condors” are flying over the area to get more details.

The earthquake alert sounded less than an hour after millions of people took part in a national drill held every September 19, the third earthquake in Mexico’s history on the same date.

The first was in 19858.1 degree scale, More than 10,000 people diedA majority in the nation’s capital. Another 7.1 magnitude earthquake was recorded on the same day but in 2017It hit central Mexico and The remaining 369 died.

Tropical Cyclone Madelina hits the northwestern part of the country and causes damage to the coastal population. The event comes in the midst of earthquake and storm Lester hitting the coast of the Mexican state of Guerrero over the weekend, killing at least five people and causing untold damage to homes and fields.

Four of those killed by Lester died when they were swept away by an avalanche triggered by the rising San Felipe River near the capital, while a fifth remaining fisherman died trying to retrieve nets from the sea. The municipality of Marquelia, Guerrero indicated the Secretary of Civil Defense.

Lester, classified as a tropical storm and later a “low-pressure” event, made landfall in Guerrero with sustained winds of 75 to 95 kilometers per hour. According to official data, it flooded at least 777 houses and caused 17 landslides on roads, especially in the municipalities of Coyuca de Benitez, Chilpancingo and Michoacán.