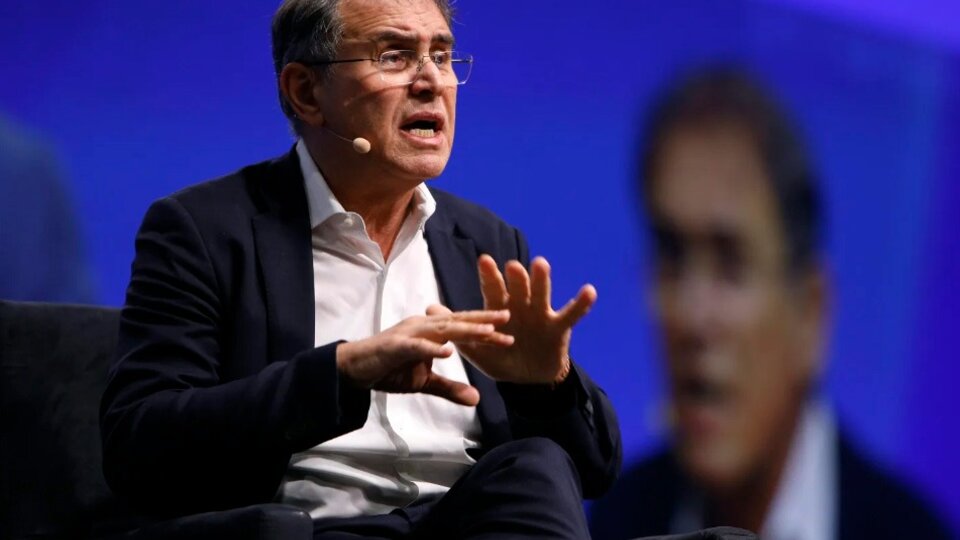 In a world in turmoil, it is interesting to identify which is which Global threats One of the world’s most pessimistic economists warns: Nouriel Roubini.

The world fame of the pseudonymous Rubini Doctor Doom (Doctor Catastrophe), began in 2008 when the economy collapsed in the worst contemporary financial crisis. In 2006, at a conference of the International Monetary Fund, he warned about the risk of subprime mortgages, financial instruments.

He recently described Bitcoin, when trading at more than $60,000 per unit, as overvalued and likened it to a “cesspool” into which cryptocurrencies could fall without the possibility of a regulatory network. Since then, the prices of these properties have fallen sharply.

He presented in his latest book “Megathreads”. Top Ten DangersCreated in each chapter, haunting humanity:

A default or inflation shock

Roubini calls himself a “realist doctor” to counter the image of a predictor of economic and humanitarian catastrophes.. In the face of each threat, it presents proposals that indicate that if governments do nothing, disaster will follow. On the other hand, if they move forward with bold and decisive action, they can mitigate the costs of a bleak new era.

The first threat on the list is debt. If it doesn’t last as it is now, he says, there are still options. Either governments stop making payments to trigger inflationary shocks and reduce the real value of nominal debt.

The latter has a higher cost to those who advertise it, leading Roubini to estimate that this will not happen and, therefore, increases the probability of the first exit: Restructuring by liquidation of loan amount in default and disposal of capital.

The complex situation of global debt stocks is also attracting the attention of international institutions. The International Monetary Fund It published an article this week citing this danger, echoing Roubini’s revelations but omitting the dramatic sentences.

In Riding the roller coaster of global debt Economists Vitor Caspar, Paulo Medas and Roberto Perrelli point out. Global debt could exceed pre-pandemic levels in 2021. They explain that total public and private debt declined in 2021 Equivalent to 247 percent of global GDP, has fallen 10 percentage points since its peak in 2020, according to the latest update of the IMF’s global debt database. Expressed in dollars, however, global debt continued to rise, albeit at a much slower rate 235 billion dollar record Last year.

They note that the unusually large swings in lending rates were caused by the post-pandemic economic recovery and the rapid rise in inflation that followed. In any case, Global debt was nearly 19 percent of GDP above pre-pandemic levels“This presents challenges for policymakers around the world,” they say.

This trio of IMF economists warns that if the economic outlook continues to deteriorate and borrowing costs rise further, managing high debt levels will become difficult.

Rubini also wrote an article titled “The Age of MegaThreads” on the Project Syndicate portal. Name one of them The risks are advances in artificial intelligence (AI), robotics and automation, as they destroy more and more jobs.Even as governments build strong defense walls in an attempt to protect people’s labor markets.

See also  Today's Ephemeris: Happened on September 7 | Events in Argentina and around the world

With reference to developed countries, these aging economies, by restricting immigration and demanding higher domestic production, A strong incentive for companies to use labor saving technologies.

However, he pointed out Regular jobs are obviously at riskCognitive work can be divided into separate tasks, and so can many creative tasks.

Roubini explains AI language models like GPT-3 can already write better than most humans and will certainly displace many jobs and sources of income.

“Over time, The recession will deepen, inequality will rise, and white- and blue-collar workers will be left behind.“.

Fixed price increases at the same time as an economic recession emerges This is a combination that Rubini observes for a long time.

He says the current macroeconomic situation is not good. For the first time since the 1970s, it describes the global economy as facing the prospect of hyperinflation and a global recession. These two variables are balanced together Stagnation.

As various analysts have assessed, the rise in inflation in developed economies is not temporary but rather persistent, as it is driven by excessively loose monetary, fiscal and credit policies maintained for too long.

Added to this “bad luck”Roubini defines that it cannot be expected how it will influence Epidemic In commodity supply chain and labor market. As well War in UkraineThis led to a sharp increase in the prices of energy, food, fertilizers, industrial metals and other basic commodities.

How long will the stagnation last?

A pertinent aspect of this pessimistic diagnosis is how long this critical economic picture will last. For Rubini, when recession comes, it is not short and deep, but long and deep. He explains this forecast by saying, “Not only do we continue to face negative supply shocks in the short to medium term, we are headed for it. The mother of all credit crises“.

See also  Unexpected Victory in Chile's Referendum: Did the Preferential Vote Distort the People's Will?

While there were years of inflation and recession, low lending rates “saved us from those consequences in the 1970s,” he recalls.

The 2008 crisis also resulted in a credit crunch as households, banks and governments were over-indebted. But in those years there was deflation, not inflation.

“Today, we are experiencing the worst elements of the 1970s and 2008 crises.: Multiple and persistent negative supply shocks, consistent with debt ratios that remain higher than during the last global financial crisis,” he says.

More inequality in an unequal world

The world of weaving is less visible Four decades after World War IIKnown as the golden age of modern capitalism, and close at hand The three decades between 1914 and 1945.

This last period led to two world wars, the Spanish Flu, the stock market and financial crash of ’29 and the Depression of ’30, trade wars, hyperinflation, and the expansion of far-right regimes (fascism and Nazism).

All of these are now included Effects of climate change It changes the functioning of the global economy.

In the local key, it is important to note that this new epoch modifies the known parameters, therefore, Other types of interventions are needed from economics and politics.