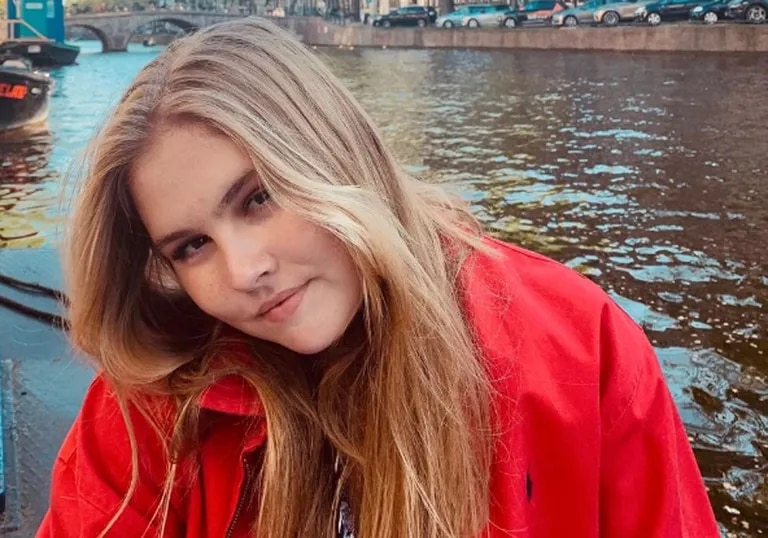 THE HAGUE.— Suspicion of Princess Amalia of Orange was the daughter of Kings William and Maxima of the Netherlands. is in Look organized crime, led the government to severely curtail their movements until He almost locked her inside her house. He leaves to attend university in Amsterdam and then returns to Huis ten Bosch Palace, the royal family’s official residence in The Hague. His parents made the announcement last week while on an official visit to Sweden.

The police and the Dutch administration remain silent, while security and terrorism experts give credibility to the threat “Higher likelihood” of challenge coming from criminal groups linked to drug trafficking. This is an unprecedented qualitative leap in a country where criminals have gone from settling scores among their members or rivals to challenging democracy. Chief Minister, Mark Rutte, He also had to accept increased protection from threats to his life, as he usually commuted to work by bicycle.

“These types of threats would have been considered almost impossible a few years ago.” Sociologist Paul Schnabel says over the phone, referring to Princess Amalia’s situation. The heir to the throne is studying for a degree in politics, psychology, law and economics, and Rutte promised to “do everything possible to solve the problem quickly”. “I can’t guarantee times,” he cautioned.

It is not exceptional for public servants to receive some threat for their activity or administration, but in this case there is “no ideological element or clear political motive,” says Jelle van Buuren, a security expert at Leiden University. “If the target is not money, but the government, its symbols and institutions, it can be considered a form of terrorism”, argues.

Strengthening security for the state’s representatives began to be noticed in September when the newspaper was released telegram published that “Prime Minister and Princess mentioned in encrypted messages of organized crime about an attack or kidnapping.”

Erwin Bakker, professor of terrorism studies at the same Dutch university, shares his colleague’s opinion. Threatening the future head of state and prime minister in this way seems to him to be “entering a new reality that puts the Netherlands on a par with other states.” “Perhaps we feel very far from places like Mexico or Italy, where we saw mafia crimes, but this is a form of denying reality. The government realizes that organized crime threatens law and order, and it needs to invest more in security.

Both experts look on Investigative journalist Peter R. De Vries was shot dead. In July 2021, in the heart of Amsterdam, a turning point. Two of the main authors of the attack were arrested, but three more suspects have yet to be convicted as they are being investigated. The deadly attack was filmed by the perpetrators, and Bucker recalled the prosecutor insisting that “one could talk about terrorist intent.” It “forces us to rethink the definition of terrorism because we are witnessing it A threat to democracy and the rule of law”. This is the first time such a crime has been classified as an act of terrorism. The government believes that “This murder was done to scare people.”

De Vries, 64, was a confidant of a prosecution witness in the Marengo case. Mocro Mafia, Dedicated to Drug trafficking. Made up of several gangs, its members were of Dutch, Turkish and Moroccan descent (hence the term Mogro), Antillean, Surinamese and Albanian. They operate mainly in the ports of Antwerp, Belgium and Amsterdam, although their network of contacts is international. One of its main leaders, Ridouan Taghi, is being held in a maximum-security prison in the south of the Netherlands. In 2019, there was another crime related to this context that shook Dutch society: the murder of the 44-year-old lawyer Derk Wiersum, who supported the same witness who testified in de Vries. The reporter was killed two years later.

The activity of organized crime against state authorities extends beyond the borders of the Netherlands. Four Dutch nationals were arrested in and around The Hague in September after police found a car with weapons and petrol bottles in Belgium. The vehicle had a Dutch license plate in front of the home of Belgian Justice Minister Vincent van Kuykenborn. Belgian media indicated that the politician, who spent days under heightened security, had received serious threats from the “drug world”.

See also  They found a camera in the ocean and a file left them speechless: "There was something else."

According to Van Buren, “Organized crime is hard to fight everywhere The Netherlands has a privileged geographical position for the transport and production of all kinds of products; More drugs”. “We have Schiphol Airport and the Port of Rotterdam, excellent connectivity and good roads,” he highlights. But until the death of the lawyer and journalist, Dutch society believed that these types of criminals only killed each other, the expert says. Baker places the threat of organized crime as one of the nation’s major challenges: “The violence of organized crime undermines the legal democratic order”, asserts.

Both experts are calling for a national debate because, according to them, the “social and criminal problem” in the country has not been adequately addressed, says Bakker. Van Buuren adds: “There are differences in parliament regarding the legalization of drugs, but not so on safety issues: we need to talk.”