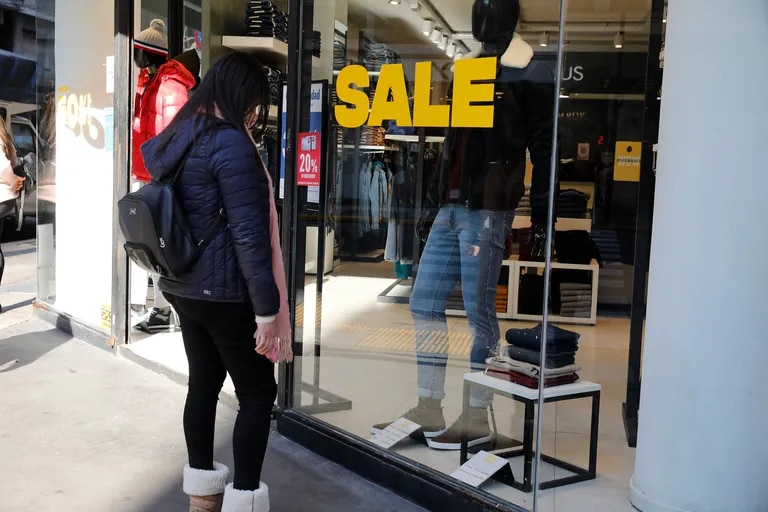 In Argentina, getting dressed every month is very expensive. Even with frozen prices, this was the item that increased the most over the past year: In September, the clothing and footwear category offered. 118% increase year over year. They were 35 points above the general price level.

The numbers caused discomfort within the government, especially as the monthly reading for the sector was 10.6%, while the general index fell to 6.2% (a difference of 4.4 percentage points). The Ministry of Economy has threatened to open imports unless an agreement is reached with the textile industry. The last one happened last Wednesday afternoon.

“It’s a captive market. With little foreign competition, local firms have a high monopoly edge. If the economy is open, when an imported product arrives, it cannot be overcharged because otherwise, consumers buy other products. This puts pressure on lower spending, which cannot happen under current protectionism. Instead, any doubts about economics are transferred to price”, opined Camilo Discornia, Director of C&T Economic Consultants.

Today, when looking at clothing values ​​in the rest of the world, Argentina stands out. The same product of the same brand is available in other latitudes at a third of the price asked here. Behind the scenes, international organizations point to taxes, social charges and import bans as being responsible. For economists, this is because economics is a closed field.

“The only logical explanation is lack of competition. It is a field that is constantly being protected Import restrictions and delivery delays The only thing they cause is that local suppliers can enjoy higher prices. In part, this is a request to set a limit. Consumption seems to be adjusting, But for now this is offset by higher prices, and the equation seems to close them to continue on that trend,” said economist Guido Lorenzo, director of LCG Consulting.

Tired of being under the spotlight, ProTejer Foundation They declined to issue new statements on this occasion, arguing that “we have given our views” in previous months. According to the company, Indec is “badly represented” because it does not weigh new business channels. More accessible and competitive prices than shopping malls.

How much does it cost to buy a woman’s jean at Zara? The answer may vary depending on where you shop. In contrast to price differentiation, Nation From the brands official website, a survey was conducted about the same product in different countries. At the end of October 19, various prices of the dollar were considered.

Compare with a nike running shoes For men only. The Revolution 6 Next Nature model was used as a reference, as it is the best-selling model in other countries and the most advertised model locally, and is out of stock in Argentina. Through the official distributor, In the country they fetch $23,999.

“Clothing prices in Argentina are affected by many factors. One is the tax rate, which averages 35% and is high compared to comparable countries. The second factor is post-epidemic Deficit worsened, Not just in Argentina, but in the world. This, in turn, caused a delay in imports, creating a greater impact on prices. A third factor is the ‘Argentine component’, which includes labor costs, lack of access to credit, constant changes in regulations, Among others”, was one of the most honest international players of the market, who asked to remain anonymous.

Another foreign brand sold in Argentina pointed to the same reasons He highlighted all the barriers to imports due to lack of foreign exchange at the Central Bank (BCRA). A problem that affects and makes it difficult is the scarcity of products Maintain current licenses. “There is a lot of shortage of goods, that’s why they have become expensive. If these goods are in abundance, we can sell them at a low price. But no, we cannot bring them, that’s why the prices are going up”, they admitted behind closed doors.