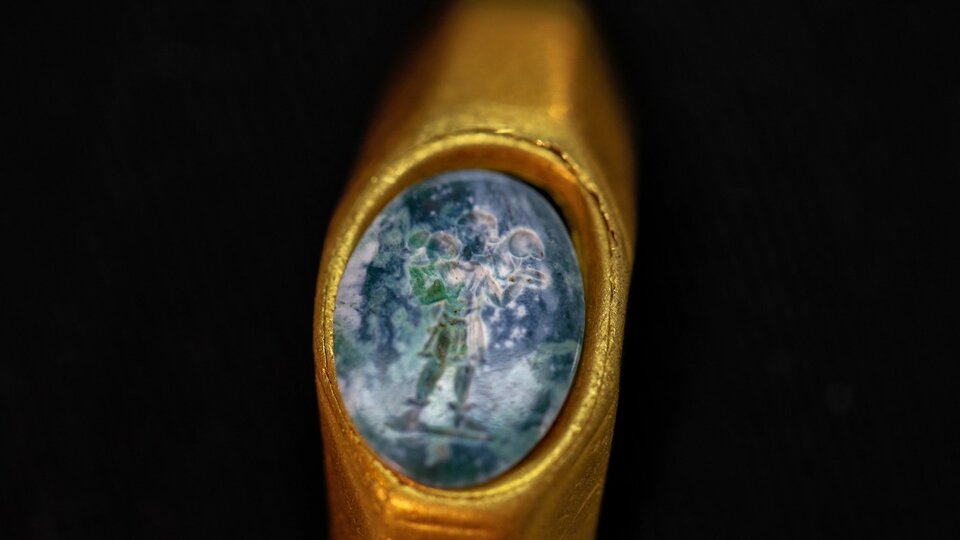 Israel on Wednesday released hundreds of artifacts unearthed underwater excavations in the Mediterranean Sea.. One of them was a gold ring that had been underwater for 1700 years The image of the Good Shepherd is engraved in the image of Jesus Christ.

Items have been discovered over the past few months Caesarea Beach, between the cities of Tel Aviv and HaifaAccording to the Israeli Archaeological Survey (AIA), the two ships sank 1700 and 600 years ago, respectively.

In underwater excavation The octagonal gold ring was found with a green gem And on his shoulders is engraved the figure of a young shepherd, with a ram or sheep.

According to Helena Sokolov, head of defense for the pieces of the AIA, Picture of the Good Shepherd, Who represents Jesus Christ as a guide to His people, It is very rare in a ring, although it is very widespread in Christian art. According to Sokolo, jewelry, due to its small size, can belong to a woman.

Its discovery on the coast of Caesarea makes sense because the city was the local capital of the Roman Empire in the 3rd century and its port was important at that time. “At that time, Christianity was still alive in its infancy, but it was very clear, especially in mixed cities like Caesarea.”, Said the expert.

Archaeological Commission He recovered hundreds of silver and bronze coins from Roman times and hundreds from the 14th century., From the Mamluk period (medieval sultanate in the region). In addition, a red precious stone with ceramic objects and small figurines was discovered.