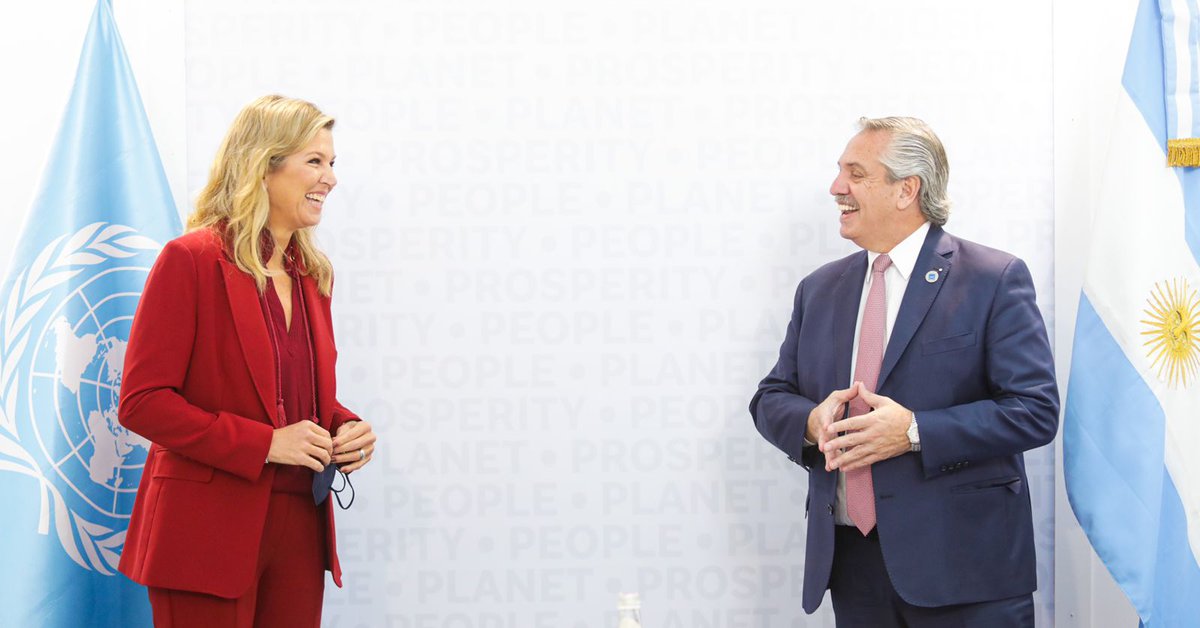 On the second day of the G20 leaders’ summit in Rome this weekend, President Alberto Fernandez met with the Special Adviser to the United Nations Secretary-General for Development Funding (UNSGSA). Queen Maxima of the Netherlands.

President of Argentina and Maxima Analyzed mechanisms for strengthening financial content in developing countries, especially in the post-epidemic context. They highlighted the importance of forums such as the G20 and the United Nations building greater commitment on this issue.

Alberto Fernandez told him that, among other projects, the National Funding Strategy 2020-2023 launched by the National Government last December Reducing gender gaps and improving equal opportunities for access to financial products and services.

During the hearing, which took place at the La Nuvola Convention Center, the Minister of Foreign Affairs accompanied by the President, International Trade and Worship, Santiago Cafiro; Minister of Economy, Martin Guzman; And Secretary of Strategic Affairs, Gustavo Belize.

Máxima’s role in the UN aims to support and accelerate processes such as poverty reduction, job creation, food security, gender equality and equality development. The world.

With a degree in economics and financial expertise, the Queen of the Netherlands has been the Honorary President of the G20 Global Alliance for Financial Inclusion (GPFI) since 2011 and the Trustee of the Global Program for Initiative for the Financial Future. Organization. Globalized from the World Economic Forum.

The agenda for financial content promoted by Maxima aims to ensure that by 2030 all men and women, especially the poor and vulnerable, will have equal rights to access to economic resources and basic services, control of property and land and other assets, and inheritance. , Natural resources, relevant new technologies and financial services, including microcredit.

Maxima Soreguetta, Queen of the Netherlands

The meeting with the Queen of the Netherlands was very exciting on Saturday, with the President holding intensive talks with the head of the IMF, Kristalina Georgieva, With the intention of Paving the way for opening a loan review.

And at night he attended G20 Official Dinner Presented by the President of the Republic of Italy, Sergio Matterella, In honor of the Heads of State and Government who attended the Summit held at the Guirinale Palace, the official residence of the European President.

G20 in Rome: Alberto Fernandez fails to open talks with IMF and his European allies wait for Biden’s signal
Alberto Fernandez spoke after the meeting with Crystalina Georgieva: “This is a good meeting to move forward with the IMF.”