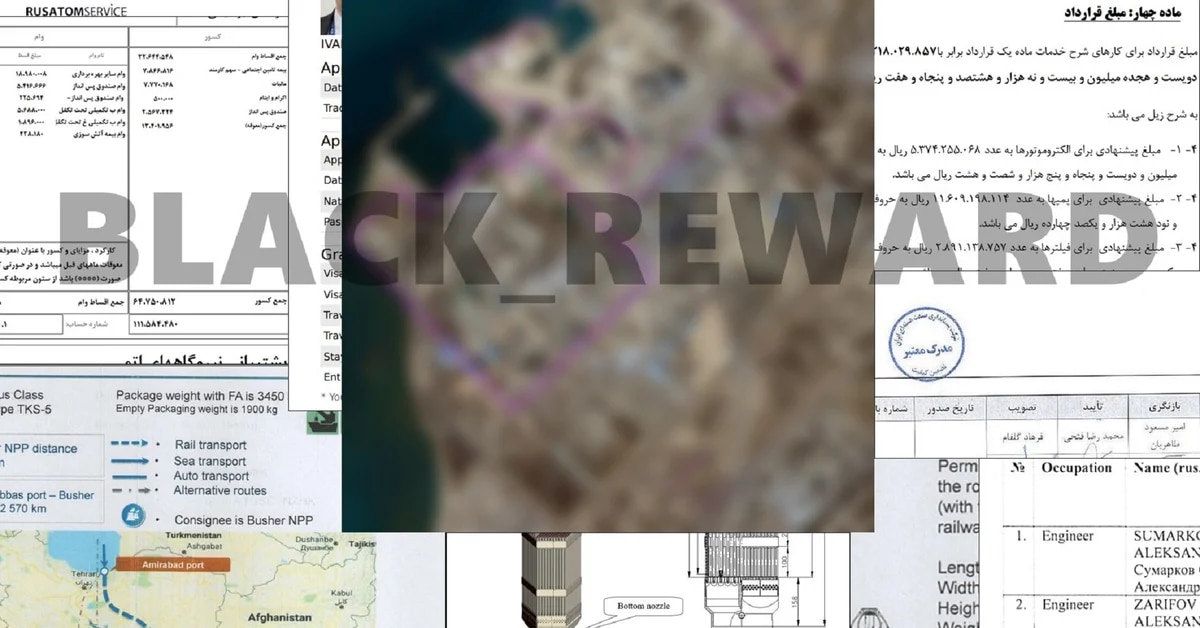 The Atomic Energy System of Iran He said on Sunday Your affiliate’s email server has been hacked In a “foreign” attack aimed at attracting “attention” amid protests Death of Mahsa Amini. The information they agreed to was published online.

The Islamic Republic is in trouble The protests sparked by the death of 22-year-old Amini, On September 16, after his arrest Allegedly violating the country’s strict dress code for women.

The regime’s crackdown has resulted in dozens of deaths, particularly among protesters, and hundreds of arrests.

Iranian Hacking Group, Black rewardIn a statement posted on Twitter, it released hacked information related to Iran’s nuclear activities, calling the move an act of support for dissidents in Iran.

In this regard, he issued a statement on Saturday: It ended with the words “In the name of Mahza Amini and for women, life, freedom”. The show was in support of the protests that erupted after his death in Charities Department police custody last month.

Black said that the reward The leaked information included “management and operational plans of various parts of the Bushehr plant”, passports and visas of Iranian and Russian experts working there, and “nuclear development agreements and agreements with domestic and foreign partners”. 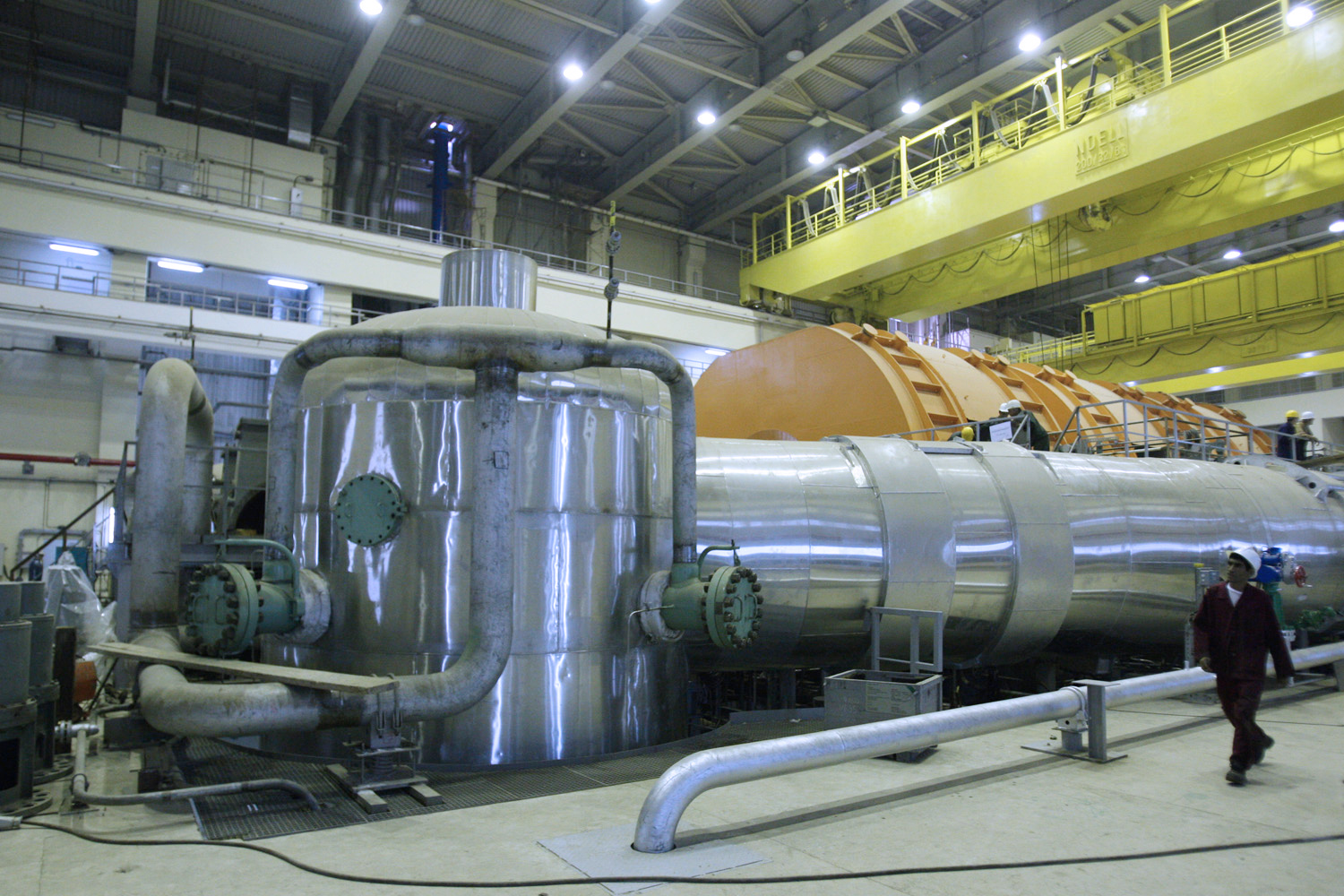 The Russian-built Bushehr nuclear power plant in southern Iran, 1,200 kilometers south of Tehran, was the plant whose email servers were hacked (AFP)
This may interest you: Iranians use bold tactics to sustain protests despite regime crackdown

The nuclear power company acknowledged in a statement that a hacker had attacked its subsidiary. Nuclear Power Production and Development Corporation (NPPD)But the documents underestimated.

“Unauthorized access to the company’s email system by a source from a certain foreign country led to the publication of the content of some emails on social media,” it said in a statement.

“The aim of such illegal attempts, carried out out of frustration, is to attract public attention, create media situations and generate psychological activity,” the report continued.

You may also be interested in: Protests in Iran: 34 countries condemn regime for restricting internet access during mass protests

This may interest you: 16-year-old Iranian student beaten to death for refusing to sing a pro-regime song.

Iran reached a historic deal with world powers in 2015 after years of negotiations over its nuclear program. The deal, formally known as the Joint Comprehensive Plan of Action (JCPOA), provided economic sanctions relief in exchange for sanctions on Iran’s nuclear program. It fell apart in 2018 when then-President Donald Trump unilaterally withdrew the US from it, but talks have been held since April 2021 in an attempt to renew it.

Traders and workers staged strikes in several cities on Saturday and Sunday IranAccording to several NGOs, the protests were sparked by the death of Mahza Amini, a young Iranian Kurd, for more than a month.

We don’t want an audience, join us,” sang a group of university students; Other students, some without veils, chanted “Death to the dictator”.

According to online media 1500tasvir, “Strikes have been organized in cities such as Sanandaj, Bukan and Saqez”. The latter is the hometown of Masha Amini. The Norway-based human rights group Henga also announced shopkeepers’ strikes in Bukkan (northeast), Sanandaj and Sagace (northwest), and Marivan (west).

Elsewhere in Iran, dozens of students clapped and chanted at a rally at Shahid Beheshti University in Tehran, according to a video tweeted by 1,500 Tasweer on Saturday.

Dozens of workers gathered outside a chocolate factory in Tabriz, the capital of East Azerbaijan province, according to other videos AFP could not immediately verify.

A teachers’ union has called a nationwide strike on Sunday and Monday to protest the crackdown. International Amnesty, claimed the lives of at least 23 children. In a statement, the Coordinating Council of Teachers’ Unions announced that the “sit-in” would be in response to “systematic repression” by security forces in schools.

Iranian athlete Elnas Regabi defied the rule and competed without a hijab at the Asian Climbing Championships.

He also mentioned the names of four youths who were killed in the crackdown. Nika Shahkarami, Sarina Esmailzadeh, Abolfazl Atinezadeh and Azra Panahi, And many teachers reported being arrested.

For their part, the militants accuse Iranian authorities of carrying out a campaign of mass arrests and travel bans, and the list includes athletes, journalists, lawyers and celebrities.

Abroad, demonstrations in solidarity with the protests in Iran continued in Tokyo and Germany.

Iranian leaders accuse Westerners of fomenting what they call “riots.”

The international community has condemned the crackdown and several countries, including the European Union, have imposed economic sanctions on Iranian leaders and institutions.

Mahza Amini’s family has rejected the official medical report, which says the young woman died of illness and not a “beating”.

Iranian Revolutionary Guard Lands in Crimea
Demonstrations in Iran: The regime arrested more than 50 people during fresh protests in the city of Zahedan
Women express themselves in Iran and expose the Ayatollah’s rule