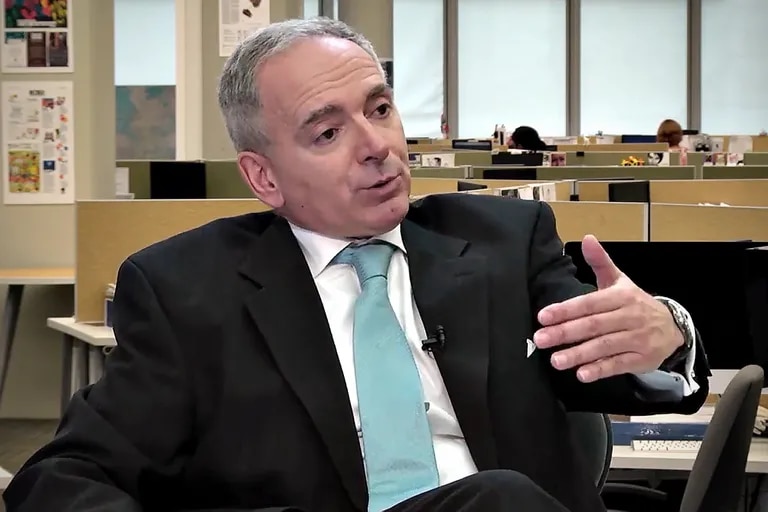 Edgardo Buscaglia worries. He didn’t like what he saw when he returned to Argentina. It comes from Ukraine. A globetrotter, he lives between Mexico and the United States, where he is a senior academic at Columbia University, has served as a consultant in several countries, from Colombia to Italy and from Iraq to Afghanistan, and is now based in Buenos Aires. Ayers for a few weeks. Mix leisure and work. Because you don’t like what you see. Any. “Argentina is on the verge of becoming a ‘mafiocracy'”warning

Over the years Buscaglia has been talking to politicians, judges, prosecutors, businessmen and other local players in Buenos Aires, Rosario and other parts of the country he knows and travels. This way you get accurate data Narco in Rosario, illegal fishing in Argentine waters or money laundering in Buenos Aires Province. But on the night of September 1, he says, a threshold was crossed. We live, he says, “An attack on democracy in Argentina”, but also an attempt by the ruling party against the opposition and the media.

His knowledge of Argentina’s uncomfortable realities led him to make several statements that created irritation.Organized crime thrives in Argentina’s political ‘marketplace’”. But rather than diagnosis, he wants to focus on what he sees as promotion, starting with laws and preventive and punitive measures. If in that “frame,” he says, the horizon is dark.

–What happened on Thursday 1st night?

– The attempt on the Vice President’s life states that only an independent police investigation based on the United Nations (UN) Convention on International Cooperation can determine whether it was committed by a “lone wolf” or a criminal organization. It is an obvious fact that it is an attack, but the ruling party wants to justify it to suppress the opposition. and the threat of human rights abuses through gag laws like those proposed by Venezuela’s President Nicolás Maduro. Therefore, establishing a minimum rule of law in Argentina requires a state agreement between all the political powers of a country.

–What do you say to that?

-At least in a healthy democracy, when faced with an attack against the Vice President A formal statement by the government and all parties is necessary as a first step, should not only reject all political violence but also call for social peace and then create a multi-party system that would prevent any hint of violence in the future. In addition, I urge the addition of a police investigation independent of the government in power and an ad hoc bicameral committee, similar to Interpol’s technical assistance, to oversee the police investigation of all political forces in Congress. Similar attacks have happened in other countries. All these will convey a message of unity to counter social violence generated by organized crime of a political nature.

–Do you think some laws need to be improved?

–Absence of a law against organized crime is very different from illegal association. In Italy, for example, anti-mafia prosecutors must step up against politicians who are part of criminal networks, along with businessmen, civil society screens and hired killers, operatives. To that end, it has a wide range of practical advantages that it can offer to the accused. Not just the image of penitents, as in Argentina, but the benefits in more sophisticated protection programs for whistleblowers, witnesses and collaborators that Argentina does not have. Of course, what the potential collaborator is contributing should be accompanied by hard evidence to continue the example. The same thing is happening in the US with the “RICO” Act [por la ley que penaliza las organizaciones corruptas, el chantaje y las influencias delictivas]. From there, prosecutors must piece together the puzzle to expose the entire criminal structure. This is again outlined in the Vice President’s case. As explained by the prosecutor, this is an organized crime case [Diego] Luciani, the Law Against Organized Crime, an anti-mafia law, rather than a figure of “illegal association,” is inappropriate for defining hierarchical power relations.

–Why do you insist so much on the need to promote a package of legislative reforms that includes another asset forfeiture law?

-Because in Argentina there is confiscation in criminal matters, but it is related to a punishment that imposes a very heavy burden on the state and is related to the use of imprisonment. But All countries that have fought organized crime have dealt with it with great flexibility and from civil law, not criminal law.. So I introduced them Sergio Massa and Graciela Camano In 2014, when they evaluated the United Nations Model Law Project, I showed a range of these types of laws, such as in Colombia, Italian, and North American, where the key to extinguishing dominance over a tradition is that you cannot explain the legal source of that tradition.

-Well, these legislators should have immediately consulted with businessmen and other political campaign financiers. And they began to eliminate the grounds for legislative initiative. Finally, it came to nothing. We also met the senator Federico PinedoIt negotiated a domain seizure law Miguel Piqueto, And they are Those who punish will weaken the program and leave it as a eucharistwith no effect on organized crime.

–Why do you think they did that?

-When we talked to these politicians, they told us that they were very afraid that this law would be applied to them, without exception. Not because they are corrupt, but because the relationship between the opposition and the government in power abuses discretion to such an extent that any appropriate law is misused. We’ve seen it in other countries: honest politicians cowering in fear, somewhere between cowardice and mediocrity. This, rather than corruption, explains a lot why these anti-mafia laws were not approved.

–The Corporate Criminal Liability Act also started out as a good plan, but it was shelved in Congress until it had no teeth or fangs. Today, that doesn’t work.

–What worries you about Argentina’s future?

– Apart from the attack against the Vice President on Thursday, this Organized crime thrives in Argentina’s political “marketplace.”. of all parties. That “market” is where local organized crime and Chinese, Colombian, Peruvian, whoever gets their illegal money. These funds enter the political system without control, because in all the great democracies of the world there are no preventive controls: France, Germany, Canada… Massa or not. Maurizio MacriNo other political leader knows the origin of the money flowing into their parties. Rather, casually The politician looks the other way and doesn’t ask many questions. Let us remember that the Election Judge has a few auditors to control the election accounts across the country. This is impossible! A true anti-mafia framework consists of 45 preventive and punitive components. This explains, for example, what happened in France where former presidents were convicted. It’s not that there are monks, they have preventive institutions. But Without these elements, Argentina’s transformation into a “mafiocracy” is the most likely and most imminent horizon. Argentina is on the verge of becoming a “mafiocracy”.

–Will Rosario be an example of that?

Areas where violence is high are not necessarily the best scene for organized crime. Yes, of course, criminal gangs compete for port infrastructure in Santa Fe The traditional center of organized crime is the province of Buenos Aires. That’s where mafia “backs” exist, where criminals launder their money, where political corruption grows until it reaches levels similar to those described by prosecutor Luciani. The problem is that disarming the alleged criminal network surrounding the vice president with current legal tools is an impossible task for the prosecutor.

See also  The G7 issued a stern warning to Iran: "This is the last chance to reach a serious settlement on the nuclear deal."

–What reaction do you get when you talk to Argentine judges and prosecutors?

– They are 100% supportive of everything I tell you. But, as I said earlier, The problem lies with the politicians. They are very afraid. Fear, fear, fear. And they take refuge in punitive arguments invoking human rights and private property, but those arguments are intellectual traps. The most legally advanced countries on the planet have domain seizure laws that respect due process, establish procedures with lawyers, in which unclaimed assets go to the treasury. It is used in France, Germany, Italy, USA, Canada, Japan. This is the only way to stop the yakuza. [por la mafia japonesa], unlike in Mexico, where organized crime turns aggressive against civilians and commits acts of terrorism. This is where Argentina is going, because that is what happens when criminal groups take over the political market and weaken the government. Without a doubt. Indeed, Argentina is a haven for global organized crime. Because the markets at risk are small compared to Mexico or next to the United States, they are less vulnerable to a major organized crime. But Argentina is becoming a very attractive country for criminal capital, thugs and honest capital that offers real, legitimate work..

–Will the reforms he proposes bring about a fundamental shift?

-No! These 45 measures are implicitly or explicitly contained in two conventions that Argentina has ratified but not complied with. As I raised before the House of Representatives Committee on Security in 2014, they are the United Nations conventions against organized crime and corruption. Patricia Bullrich and Diana Conti, among others. But they did not react. I hope they never lead Argentina to react to other countries like Colombia and Italy. Organized crime began massacring civilians, kidnapping and assassinating politicians. The politicians, seeing the monster devouring them, sealed a royal pact. Until then, without adequate legislative arms or consolidated institutions, Argentina will have brave prosecutors and judges who will continue to fight 21st century criminal enterprises with 19th century tools. I fear the threshold of pain as a catalyst for change.