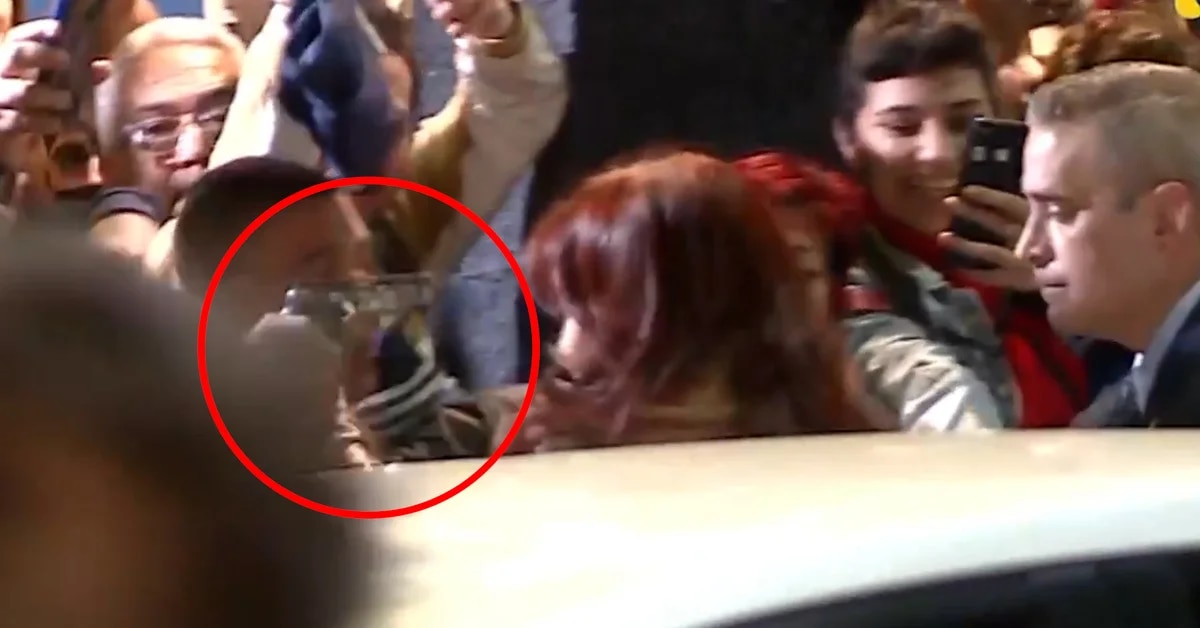 The moment Christina points a gun at Kirchner

Vice President Christina Kirchner On the morning of September 2, in the living room of his apartment in Juncal and Uruguay, he testified as a witness in the trial of his attempted assassination before Judge Maria Eugenia Capuchetti and Prosecutor Rivolo. Fourteen hours before that report, the place was the scene where they tried to kill her. She never realized they had put a gun to her face as she revealed on that occasion.

The case took a turn from that moment on, with arrests, key evidence of previous assassination attempts and suspicions of who else might be behind the attack. But now it is known, Through the case of Fernando Sabag Montiel and Brenda Uliarte, The vice president recounted what he experienced that night when the couple, accused of attempted murder, came home from the Senate on September 1 to find a group of militiamen at his home. Among those sympathizers was one who tried to kill her.

“When I came here after leaving the Senate, people were waiting for me outside the house with songs, support and books to sign. When I get down (from the car), I take a trip and people form a semi-circle on Junkal Street. I start walking and I greet people and many of them bring me books to sign.

“I was walking down Juncal Street when I saw someone flipping through a book. This is the first time for me since I presented the book. It never occurred to me that they would flip through a book. When it happens, I bend down to catch it. When I wake up, I see a riot of people grabbing a person.”.

The Vice President insisted that there had been an incident with a delivery man at his doorstep the day before. “I remembered a day before delivery when a person assaulted a person in my custody and I thought it was a similar case. Then, I complete the circle, sign a few more books, and I head home.

“When I got in the elevator, my secretary, Diego Bermudez, was very nervous and told me that he thought there was a weapon because he heard a click. When we got home, we sat in the daily dining room, looked at the pictures, and we checked what happened,” he said. said.

“I started to find out there what happened, this person was Brazilian and I continued to get information that way, I mean, it came out,” he reviewed.

Prosecutor Carlos Rivolo asked if he had heard any feedback from the police circle during the riot. The former head of state answered the question. “At that time, my guards said to me ‘Let’s go, let’s go’ because they wanted me to leave the tomb. There I complete the circle, sign the last books and move on. “I repeat, I only realized the truth when I saw it on television“, he added. 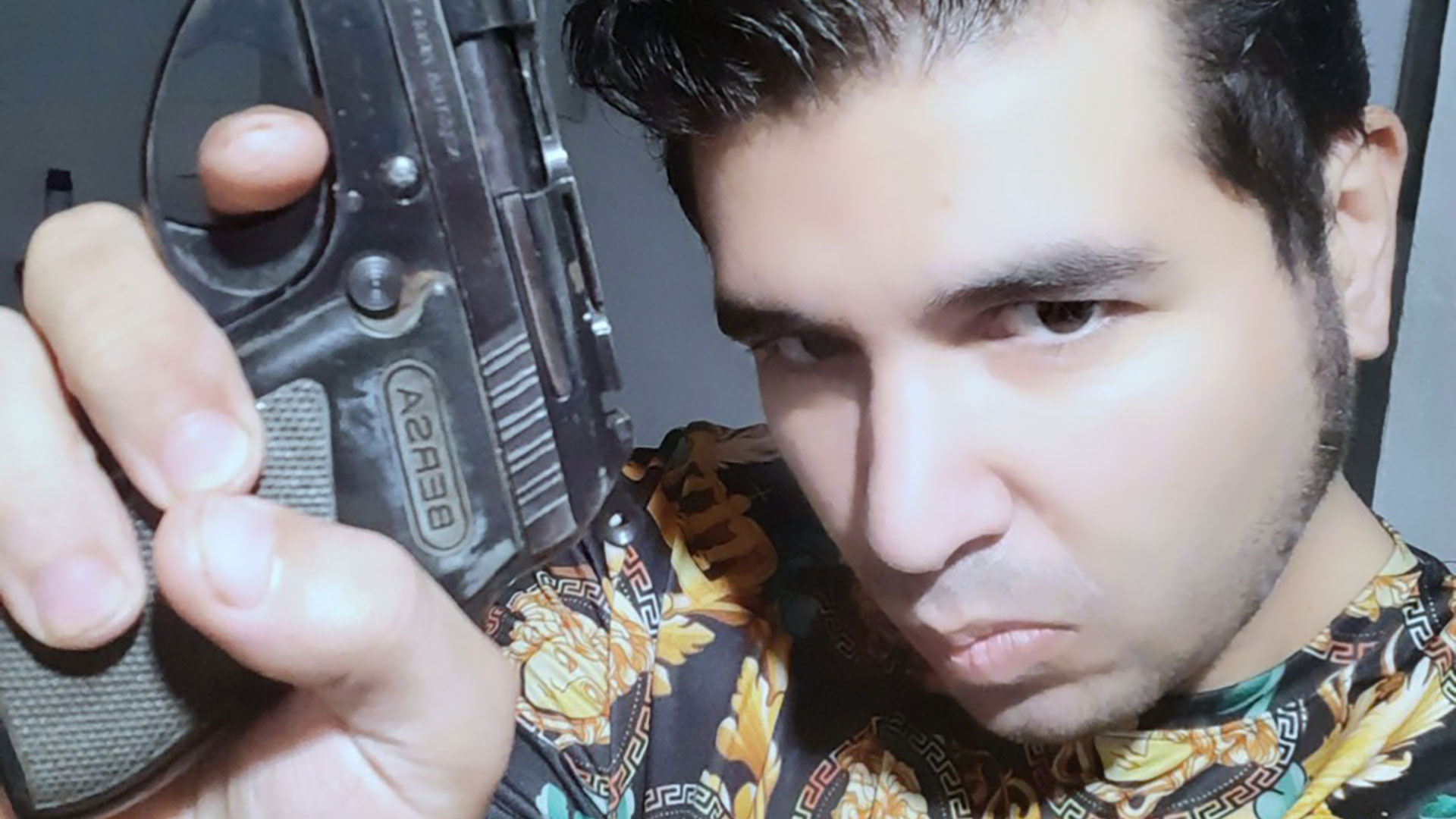 His testimony was one of those heard in the case. Apart from the police officers who participated in the operation and the militants who pounced on Sabac Montiel as he tried to escape, the judge carefully listened to the words of Bermudez, secretary of the CFK.

Bermudez had left the Senate with the vice president and was driving to his home. “There was wariness at the entrance of the building, she greeted them, and at one point a book fell on the floor, she also bent down, and I At that moment I see a hand go in front of the face and seem to “click”., At the time I distinguished it as the trigger of a weapon and I felt a “clack”.

The Secretary added:At that moment I look again, I see the person who did this removing something, I did not realize that it was a weapon, I see him in front, he was wearing a mask, we exchanged glances, I see her, I never realized that it was a weapon, I see that it is good , but a lot of nervousness began to appear in those around me, and I realized in the man’s eyes and gestures that he had made a mistake “.

“At that point I was directly facing him, and what he was doing was raising his hands, and at that point he had nothing in his hand, and as I was intercepting him, I started hearing someone say, ‘He has an iron in his hand,'” he told investigators. What do I do, I feel he is in his waist, he has nothing, when I catch him many fighters are shooting at him, rumor starts spreading that he had iron. I see her well, I start looking for the iron on the ground, there are many steps together, I can’t see it. I had never seen a gun until then.

As he explained, “I go back, I approach her and the guard, and I start telling them that we have to evacuate her and that they are sending people. Since it seems like a bellicose debate or some small issue like that, she takes a different direction because she doesn’t realize the danger of the truth.… I looked back as I was talking to the policeman who helped her and I saw that they had the boy and they were restraining him.

They entered the building, Cristina stayed in the apartment and Bermudez went back downstairs. “I see that they have a person on the ground reduced to the person I feel around the waist. Then, as I was looking for Gallo and Pellegrino, the head of the guard, I turned to Juncal, and they told me that they were guarding the iron. There I see the weapon, a short weapon between black and silver. .

One detail of the police-militant reshuffle has been confirmed: Sabac Montiel was rescued by the police from Christina Kirchner’s sympathizers, who had followed him, trapped and beaten him. “We separated him from those who were fighting him while he said, ‘I did nothing, they beat me.’ said Commissioner Cesar Lopez Rinaldi. I saw there that he had blood in one of his eyes, so after doing a preventive search, I decided to move him through Uruguay Street and we went to where there was a driveway. We seated him there, and the vice-president’s guards came near. Where my mobile left off, we pick up all the data again. I asked this person what happened to him and he always told me ‘they hit me’ and ‘I didn’t do anything’ but she was very quiet.

The plan to kill Cristina Kirchner began on April 22: “To clean Argentina, blood must flow”
The investigation into the attack on CFK advances: after the prosecution of Uliarte and Sabag Montiel, the leader of the “Band of Cupidos” will testify today.