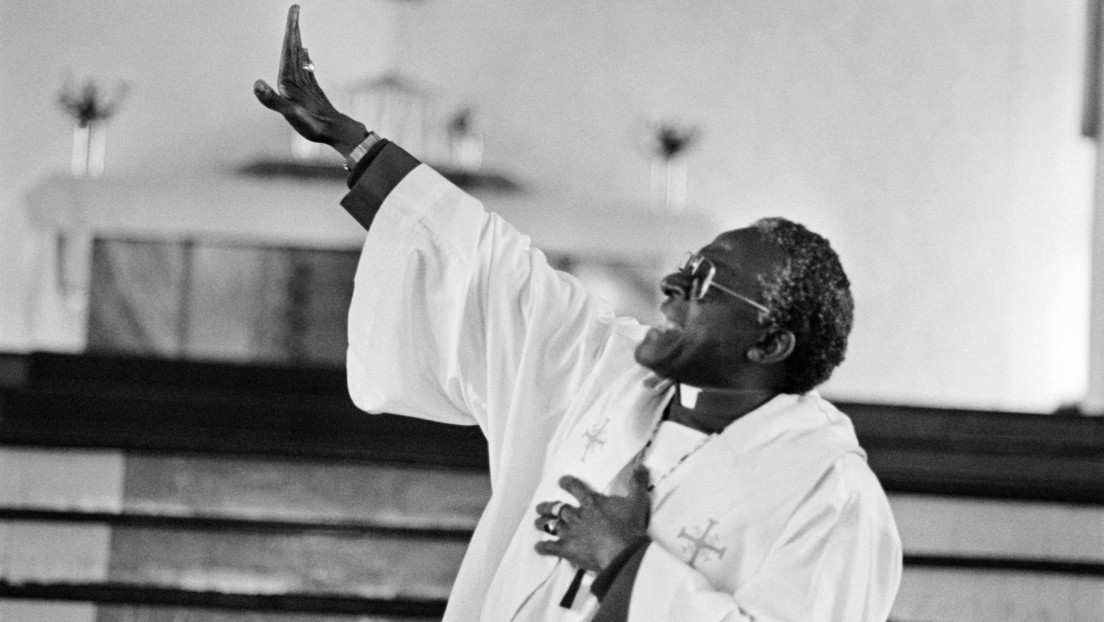 The African continent mourns his passing this week Desmond Embillo Tutu, A cleric who used his sermon and powerful discourse to bring down racism in South Africa, received the Nobel Peace Prize. He was the first black South African to serve as an Anglican archbishop and human rights activist Passed away He was diagnosed with cancer in Cape Town last Sunday in his 90s.

“The passing away of Archbishop Emeritus Desmond Tutu is another chapter in our nation’s farewell to the generation of distinguished South Africans who gave us a liberated South Africa,” President Cyril Ramaphosa declared. Added:

“A big tree fell, it was under a tree, as Africans and children of this great country, we found shelter, we saw shade, we saw security, this tree has now fallen.”

His coffin rests this Thursday and Friday at St. George Anglican Cathedral in the South African Assembly capital, where citizens can pay their respects before New Year’s Day commemorations and funerals. A. at City Hall this week Celebration In honor of Tutu, his family and politicians attended, along with his much-loved music and dance. Christians, Buddhists, Jews, traditional Africans and Muslim leaders prayed. Also, funerals are to be held in Johannesburg and other cities across the country.

Born on October 7, 1931, in the small town of Clerkstorp, Tutu was the son of a domestic worker and a schoolteacher. Following in his father’s footsteps, he trained as a teacher before resigning in protest of reform that would reduce the quality of education for black children, and later became a priest.

Desmond Tutu – Nelson Mandela’s contemporary and former president of South Africa, symbol of the struggle against ‘apartheid’. One of the promoters of the movement to end the secessionist policy And racial discrimination was used by successive governments of white minorities against the majority black population in the country from 1948 to 1991.

Other leaders of the struggle against apartheid, assassinated, deported or imprisoned (such as the late Mandela), Tutu, known as the ‘Arch’, condemned the racist system and offered his condolences to the victims. The liberation movement calculated and challenged the West He isolated the racist regime compared to the Nazis.

When democracy came, Tutu oversaw the Truth and Reconciliation Commission, which sought to expose the crimes of apartheid and seek reform justice. Reports AFP. Tutu firmly believed in the reconciliation of black and white South Africans.

“I walk on clouds. It’s an incredible feeling, like falling in love. South Africans We will be the ‘rainbow city’ of the worldHe said in an interview in 1994 that South Africa held its first democratic election, in which Mandela became the first black man to serve as the country’s executive president.

In 1984, that Prize winner With the Nobel Peace Prize “for his role Coordinating leadership in the non-violence campaign to solve the problem of racism In South Africa, the “Nobel Committee noted,” despite the bloody atrocities against black people, such as the 1961 Sharpville massacre and the 1976 Soweto uprising, Tutu pursued a nonviolent path. “However, he does not want to. He should blame Nelson Mandela and his supporters for making a different decision,” he added.

“The good things that come from God’s generosity are enough, enough for everyone, but Racism has confirmed the selfishness of some, They greedily capture the proportionate share, the lion’s share, because of their power, “Tutu said in his acceptance speech for his award, in which he denounced the exclusion policy imposed by ‘racism’, which was 73%. The South African people” from meaningful participation in political decision-making processes. ” Will be excluded.

However, as ‘post-apartheid’ South Africa became increasingly a source of frustration for Tutu, high hopes for the early days of democracy led to disappointment. Violence, inequality and corruption.

Tutu has never been a member of the ruling African National Congress (CNA) announced it would not vote for the party in 2013, although President Cyril Ramaphosa – his old friend – rebuilt bridges with him after coming to power in 2018.

Fight for the rights of the LGBTQ people, Palestinians and the environment

Desmond Tutu is not only known for his fight against racism. Tutu was also determined Anti-gender and defender of the LGBTQ community. He was actively involved in the UN campaign for freedom and equality and likens the struggle of those accused of their sexual orientation to ‘racism’. In an interview with the BBC in 2007 He pointed out:

“If God, as they say, is homosexual, I will not worship that God.”

In addition, he was religious Serious defender of the rights of the Palestinian people. During the 2014 conflict, Tel Aviv was accused of using a “disproportionately brutal response” when Israel launched a military operation to prevent the Hamas group from firing rockets into Israeli territory, and called on both sides to abandon violence in support of the talks. “We oppose the injustice of the Palestinian occupation. We oppose the indiscriminate killings in Gaza. We oppose the humiliation of Palestinians at checkpoints and roadblocks. We oppose violence perpetrated by all sides. But we do not oppose it. Jews.” Announced Then to the Israeli newspaper Horretz.

Moreover, Tutu argued that in the last years of his life, he should propose boycotts in the international community to prevent a climate crisis. He urged former US President Barack Obama to halt the controversial Keystone XL pipeline that carries oil from Canada’s tar sand to the United States. In 2014, Tutu evaluated his own plan and traveled to Canada to hear from his supporters and opponents. He has authored several articles in leading dailies around the world He asked To the countries that started “‘Racism’ style neglect to save the planet“Y Rated Climate crisis is the “racism” of our time.

“A great man who lived a truly meaningful life”

Tutu has gained a lot of fans in his lifetime. “I believe God is waiting for the Archbishop. He is waiting for Desmond Tutu to reach out with both hands,” said Nelson Mandela, who spent 27 years in prison and stayed at the priest’s home on the first night of independence in 1990. After being accused of plotting to overthrow the government in 1962. And he added:

“If Desmond refuses to come to paradise, none of us will.”

For his part, the Dalai Lama, the spiritual leader of Tibet and a longtime friend of Tutu, He directed Letter of condolence to the daughter of Archbishop Emeritus. “I remember spending time together several times in 2015, when we were able to share our thoughts on how to increase peace and happiness in the world, including a week in Dharamsala. The friendship and spiritual bond between us is something we love.“, he said.

The Dalai Lama stressed that with Tutu’s death the world had lost a “great man who lived a truly meaningful life” and “dedicated himself to the service of others.”

South Africa is not the only country to mourn Desmond Tutu

Not only South Africa, but leaders and politicians of many nations – regardless of their political color – paid tribute to Archbishop Emeritus this week.

Tanzanian President Samia Suluhu Hassan Tutu “The true son and symbol of AfricaMoreover, his contribution to the liberation struggle and his unwavering stand in support of peace, unity and good governance will always be appreciated. Pick up AP

“Africa has lost a monument,” said Burundi’s President Évariste Ndayishimiye. For his part, Ethiopian Prime Minister Abi Ahmed Ali, winner of the Nobel Peace Prize, praised the activist.Symbol of the liberation struggle“Despite warnings from the Tutu Foundation earlier this year that the war in Ethiopia’s Tigre region is tantamount to genocide.

“A giant fell“, Has tweeted that Bobby Wine, Uganda Opposition Leader. “If you were neutral in the face of injustice, you chose the side of the oppressor”, General The Coalition for Change and Transparency, a Tanzanian opposition party, quoted one of Tutu’s most popular phrases.

They also expressed their condolences from the United States and Russia. US President Joe Biden he said Tutu created by following his spiritual calling A better, more independent and equal world. “His legacy transcends boundaries and resonates throughout time,” he said.

“Archbishop Desmond Tutu was a guide, friend and moral guide for me and many others.” he said Former US President Barack Obama presented him with the Presidential Medal of Independence in 2009. “He never lost his mischievous sense of humor And his desire is to see humanity in his enemies, ”he added.

Meanwhile, the Russian Foreign Ministry Underlined The Eurasian nation remembers Tutu as “a key defender of human rights and a highly respected spiritual leader not only in South Africa but around the world.”

If you found it interesting, please share it with your friends!