People play on a street flooded by waves on the Malecon after Hurricane Ian in Havana, Cuba, Thursday, Sept. 29, 2022. (AP Photo/Ramon Espinosa)

Government of Biden has received a rare request from the Cuban government for emergency aid following the devastating impact of Hurricane Ian.The Wall Street Journal revealed.

The media described that The Cuban dictatorship has not demanded a specific amount, but has begun a process to determine the extent of the damage while waiting for the United States to finalize its request with more information.

Category 3 Hurricane Ian made landfall on the western tip of the island and Three people died and there was considerable property damage. Most of the 11.1 million people are without power — at most for a few hours a day — with most shops and gas stations closed and running water shut off.

As described by the WSJ, Emails he accessed suggested the U.S. was negotiating with Havana to determine how much aid was needed, and The U.S. estimates that Cuban authorities will prioritize hospitals, water pumping facilities, sanitation and other critical infrastructure if Washington offers aid.

A State Department spokesperson confirmed to the WSJ that the U.S. continues to communicate with the Cuban regime about humanitarian and environmental issues related to Hurricane Ian and the Aug. 5 fire in Matanzas. “We are evaluating ways we can continue to support the Cuban people, Consistent with US laws and regulations,” the spokesperson said.

A strange request comes at a time Russia, an ally of the Castro dictatorship, is going through its worst moment since launching its invasion of Ukraine, while Havana faces its worst economic crisis in three decades.

See also  Is it necessary to kill him? asked the mother of the youth killed by the police

“If Cuba asks for humanitarian aid and the United States gives it to them, that would be real progress,” he assessed. Wall Street Journal William Leo Grande is an expert on Cuba at American University in Washington. 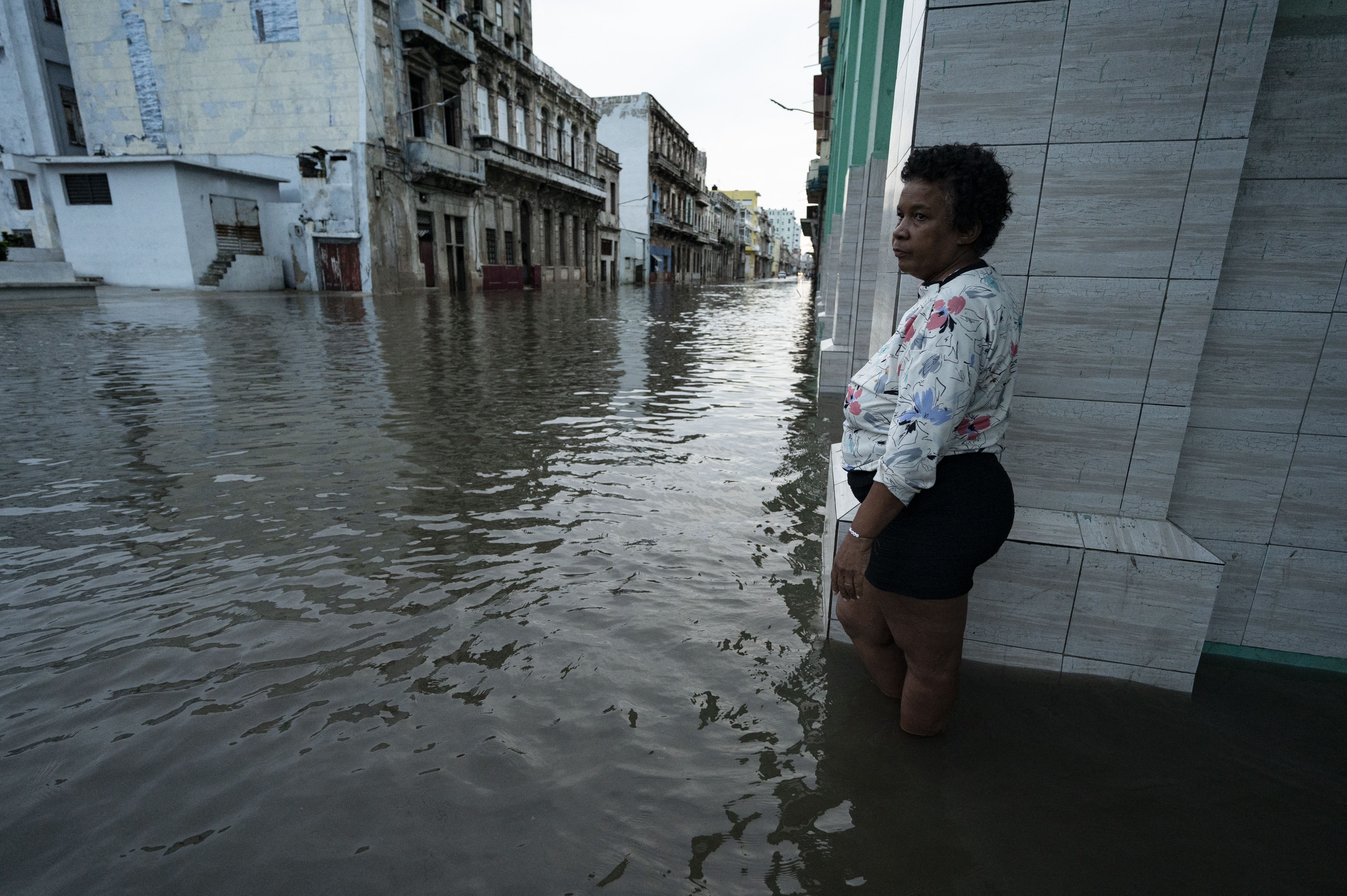 A woman stands in a flooded street in Havana after Hurricane Ian passed through on September 28, 2022. – After the passage of the powerful hurricane Ian, the total blackout of “zero electricity generation” in Cuba exceeded 12 hours this Wednesday due to the failure of the links of the National Electricity System (CEN). (Photo by Yamil Laj/AFP)

In other cases where Cuba was hit by hurricanes, the United States offered humanitarian aid, but Cuba rejected it. “Fidel’s position was that Cuba would not accept charity from a country with an economic blockade against it,” Leogrande said of the late dictator Fidel Castro.

The Cuba request suggests that Russia, which has supported the dictatorship in Cuba in past disasters, is in a position to do so because of the war in Ukraine, Leogrande analyzed.

Cuba has been in a serious crisis for two years due to a combination of the pandemic and errors in economic and monetary policy. Meanwhile, food and medicine shortages are long gone, queues have proliferated, the value of the peso has plummeted — from 24 to nearly 200 to the dollar on the informal market — and inflation has soared. 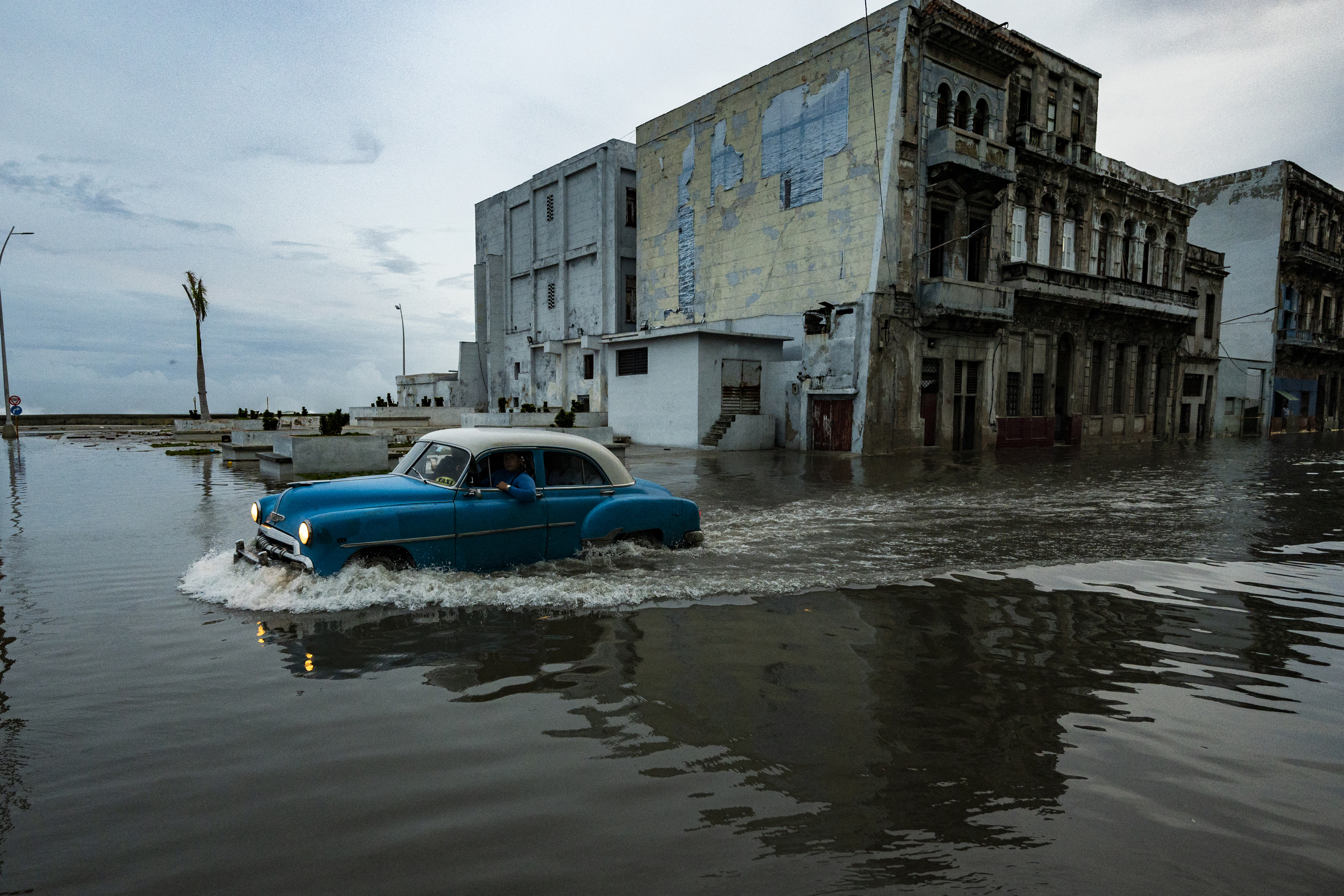 An old American car drives through a flooded street in Havana on September 28, 2022, after the passage of Hurricane Ian. – After the passage of the powerful hurricane Ian, the total blackout of “zero electricity generation” in Cuba exceeded 12 hours this Wednesday due to the failure of the links of the National Electricity System (CEN). (Photo by Yamil Laj/AFP)

There are frequent power cuts. Some parts of the country had only two days without power cuts between July and September. In some places they reach twelve continuous hours a day.

Cuba’s energy system was in crisis before Ian. Seven of the eight land-based thermoelectric plants (another six floating plants are leased) are over 40 years old and have an estimated life of 30. Plants and networks suffer from a lack of long-term investment and maintenance.

Along with the blackout, protests have also grown. There have been several dozen in the past three months, and Santiago de Cuba (East) and Havana, according to a report by the independent media Inventario Project. Among them, the two days of demonstrations in Neuvitas (East) stood out.

“Everyone is angry,” said Camilo Candis, a self-employed electrician from Havana. “The worst part is that food is very hard to come by and rots when there is no electricity.” Candice said her home has no electricity or water pressure.

The Cuban dictatorship increased censorship on the island and cut off the Internet again to quell protests
The Inter-American Commission on Human Rights requested entry into Cuba to verify the status of women in white.