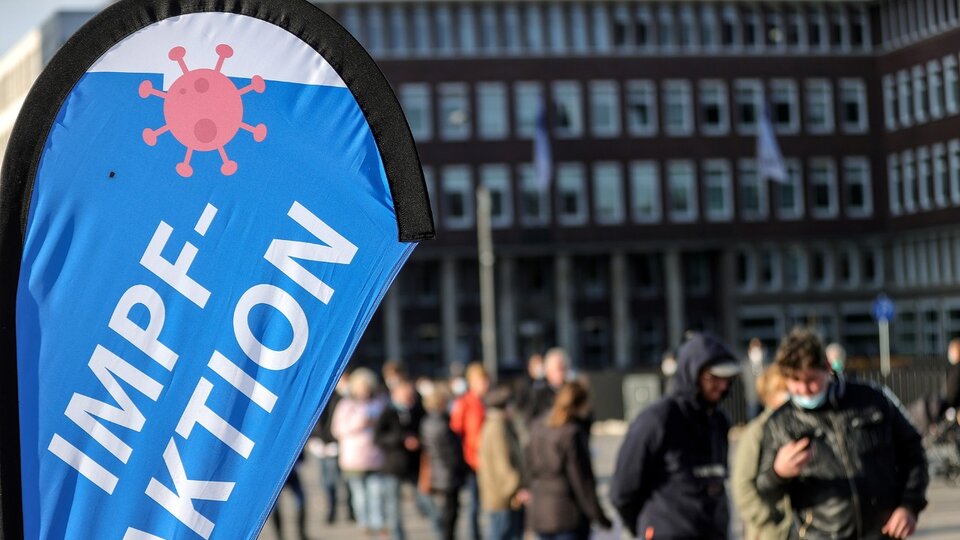 The increase in infections over the past seven days has multiplied the concerns of health officials discussing the implementation of new regulations to deal with. The fourth wave, Amid a stagnation in the vaccine campaign.

According to the Robert Koch Institute of Virology (RKI), there were Corona infection has been confirmed in 32,048 new cases, 10,216 more than a week ago. Was in addition 265 deaths, And 96 There were 312.4 infections per 100,000 people in the same period than there were seven days ago.

Number of patients admitted Intensive treatmentMeanwhile, the Deutsche Welle chain reported that it had reached 3,190 people.

To deal with this new trend, officials are discussing new measures including The Mandatory vaccination for workers in certain sectors, That of health among others.

Social Democrats, Liberals and Greens will have to reach an agreement this Thursday to negotiate a future government coalition, the day the Bundestag (equivalent to the lower house of Argentina) will discuss governing health measures from November 25.

There is no Christmas market

Due to the increase in cases, the city Munich cancels Christmas market, which attracts more than two million visitors each year. “This is bitter news,” the mayor warned in a statement.

Since the outbreak, RKI has recorded 5,077,124 infections in Germany, although the actual number may be higher, experts warn, because many cases go undiagnosed. Meanwhile, the total death toll this Tuesday rose to 97,980.

The Hospital event On that day – that is, the number of patients admitted per 100,000 population – 4.86. This indicator is important for authorities when deciding on new controls or measures to control the disease.

See also  Argentina, which failed to run for the IDB presidency, is the regional bank's main creditor

The highest peak was recorded at Christmas last year, with the same index rising to 15.5.

Increase in the number of infections and deaths a Stagnation in the vaccine campaign, Which has so far reached 67.6% of the population with absolute terms and 70.1% with the first dose.

German President Frank-Walter Steinmeier called on the people to get vaccinated, while Bavarian Prime Minister Marcus Soder acknowledged that COVID would have been a problem in Germany if the people had been vaccinated.

“It simply came to our notice then. If people had been vaccinated – we might all have been vaccinated in the summer – the corona virus would have been a problem in Germany.Soder warned on Morgan Magazine’s show on German public television.

“We have different groups, some esoteric, some extreme right-wingers, rejecting the vaccine. The information campaign should be emphasized to overcome the opposition“The highest number of new infections has been reported in the federal state of Bavaria,” said an official.