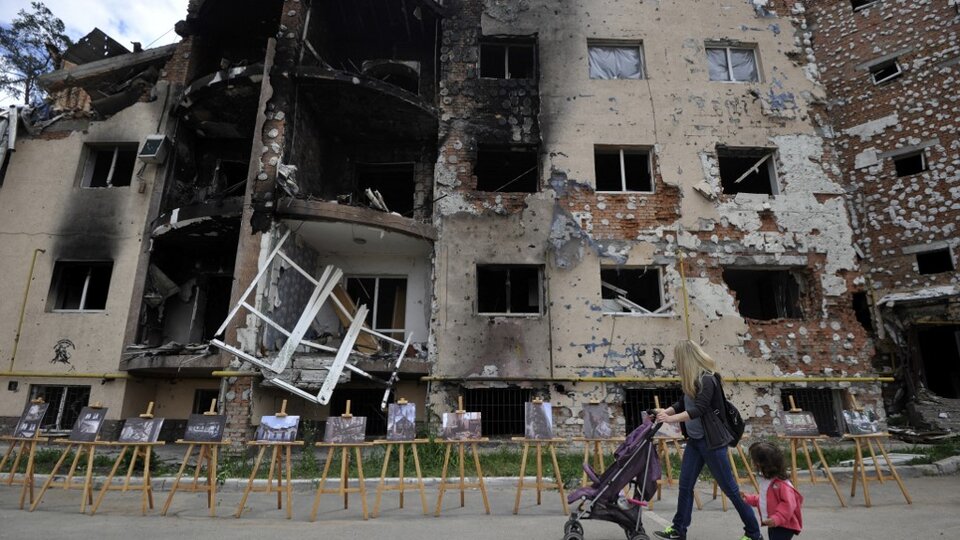 The Russian Federal Security Service (FSB, formerly KGB) announced on Wednesday the arrest of six members of the terrorist group in the annexed Crimean peninsula.

“Thanks to the coordinated actions of FSB agents in Zhankoy and Yalta, the conspiracy unit of a terrorist organization consisting of six people was neutralized,” the official note quoted by the Interfax agency said.

The statement also said they were members of Hizb ut-Tahrir al-Islami, a banned organization in Russia.

According to the FSB, the prisoners, led by “Ukrainian emissaries”, carried out activities aimed at spreading terrorist ideology on Russian territory.

“During the conspiratorial meetings they also recruited Muslims from Russia into their ranks,” the note added, which did not link them to the previous day’s attack in Zhankoy, where a Russian military weapons depot was blown up.

This Tuesday, the Russian Defense Ministry for the first time acknowledged sabotage against a Russian military depot in Crimea without naming its authors.

Ukrainian President Volodymyr Zelensky has urged Ukrainians living in Russian-occupied territory not to have access to Russian military installations and ammunition depots, while stressing the importance of making Moscow war-weary.

“I ask all our people in Crimea, in other parts of the south of the country, in the occupied Donbass and in the Kharkiv region, to be very careful. Do not approach the military facilities of the Russian army and those places. Where they store ammunition and equipment, where they have shelters,” he said. He said on his regular nightly news.

See also  Three days before the election in Brazil, Jair Bolsonaro and Lula da Silva faced each other in a final debate.

Zelensky noted new reports “every day and night” of explosions in Russian-occupied territory.

“The reasons for the explosions in the occupied territory are different, very different, in particular, I quote the definition of the occupiers, ‘failed work’,” he added.

Macron called for the withdrawal of Russian troops from the Ukrainian nuclear power plant in Zaporizhia.

French President Emmanuel Macron on Tuesday called for Russian troops to withdraw from the Ukrainian nuclear power plant in Zaporizhia, after the Russians and Ukrainians blamed each other for the bombing.

In a telephone conversation with his Ukrainian counterpart, Volodymyr Zelenski, Macron “expressed concern about the threat posed by commitments and security presence, the actions of the Russian armed forces and the context of war (,…). Called for the withdrawal of Ukrainian nuclear installations and those forces,” the French presidency said. .

The Zaporizhia plant, the largest in Europe, was captured by Russian troops in March, shortly after the Russian invasion began. Ukraine.

Zelensky, Erdogan and Guterres meet in Ukraine on Thursday

“At the invitation of President Volodymyr Zelensky, the Secretary-General will participate in a trilateral meeting with Turkish President Recep Tayyip Erdogan and the President of Ukraine in Lviv on Thursday,” Guterres’ spokesman Stephane Dujarric told a press conference.

The meeting was “examining” the implementation of an international agreement signed in Istanbul in July to allow grain exports from Ukraine, he added, adding that “Turkey is an important part”, AFP news agency reported.

“Many issues will be raised in general, such as the need for a political solution to the conflict. I have no doubt that the nuclear power plant (in Zaporizhia) and other issues will also be discussed,” Dujarric said. There will also be a bilateral meeting between the President of Ukraine and the Secretary General.

Energoatom, the operator of Ukrainian nuclear power plants, on Tuesday condemned an “unprecedented” cyber attack against its website, although it assured that its operations had not suffered “significant” disruptions.

“On August 16, 2022, the most powerful cyber attack since the beginning of the Russian invasion against the Energoatom portal took place,” the government agency said on Telegram. “The attack was launched from Russian territory,” he added.

The Russian group “People’s Cyber ​​Army” used 7.25 million cyber robots to attack the Energoatom site, according to a Ukrainian company.

Poland’s Prime Minister Mateusz Morawiecki condemned the “real oligarchy” imposed by France and Germany in the European Union (EU) and called for a return to the bloc’s “principles” in an essay devoted to the war in Ukraine. Published today in French newspaper Le Monde.

According to Morawiecki, the conflict in Ukraine “revealed the truth about Europe”, the refusal to “listen to the voice of truth” coming from Poland about Russian President Vladimir Putin’s “imperialist” ambitions, which in his opinion is “an example of the wider problem the EU is currently facing”.

“In its interior, the equality of individual states is of a declaratory nature. The political practice is such that the German and French voices have more weight,” said the head of the Polish government.

“We are facing a formal democracy and a de facto oligarchy in which power is held by a few,” he said.