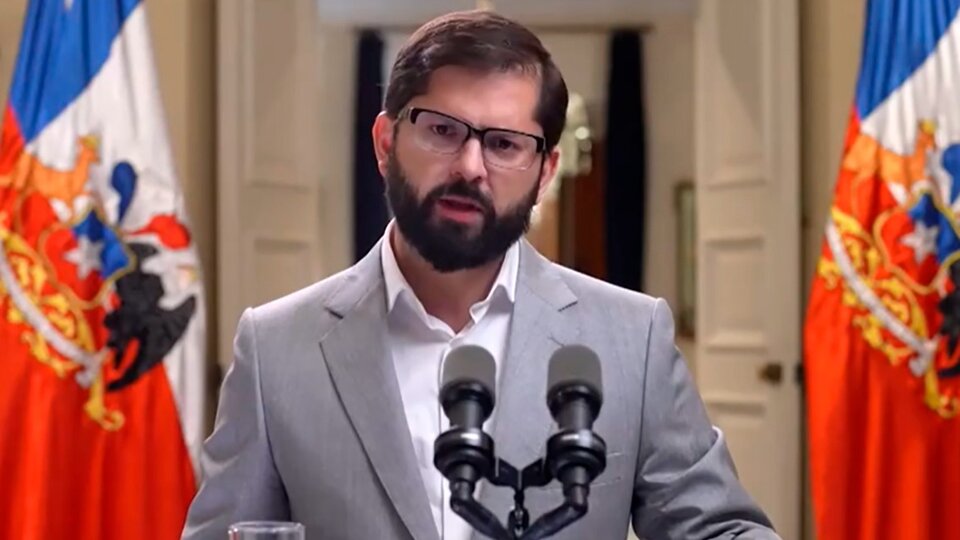 President of Chile Gabriel Boric, Presented a draft pension reform, One of his key election promisesWith a waiting man Put an end to questionable Private Pension Fund Administrators (AFP). By creating a “mixed pension system involving the government, employers and workers”. On national television, the president announced that his proposal would increase the employer contribution from 10 to 16 percent and that the government would consider managing the funds.

As expected, opposition parties were quick to come out to raise their doubts about the reform, while the executive asked for the debate on the plan to move forward. Researchers believe that The government still lacks the necessary votes to approve the initiative in the Senate and House of RepresentativesHence reaching a consensus among political parties will be key for the project to move forward.

“AFPs, in this reform, end. There will be new private investment managers with the exclusive aim of investing pension funds, and in addition, there will be a public alternative, which will encourage competition with the entry of new actors,” Boric said in his message to the nation.Pension reform Compromised by our government It will significantly improve the pensions of all people“, the president elaborated.

Boric said the current system is a “system in crisis” that provides “inadequate pensions,” including a 72 percent of the pension is less than the minimum wage. “The larger objective of this reform is to raise pensions while it is still law,” the Left leader called on Congress, in which he does not have a majority, to approve the initiative.

The new monthly amount that retirees will receive if the reform is approved is made up of three pillars, Poric said, one of which is “the individual capitalization system is maintained through mandatory contributions owned by each worker.” The remainder is a “social security contribution of six percent paid by employers,” and “a contribution made by the state through the International Guarantee Pension, which will be increased to 250,000 Chilean pesos ($264).” .

Doubts of the opposition parties

From the right-wing Independent Democratic Union (UDI), Senator Ivan Moreira He assessed on his Twitter account that “the government recognizes that the funds belong to the workers”, although he pointed out his doubts, “especially the commissions, the additional six percent target, because the national psyche and studies indicate that this six percent. Go to personal accounts.

On the other hand, the Deputy of National Renewal (RN), Ximena Ossandon, Meganotsias confirmed to Signal that there are some political messages from the government, such as the decision of the AFPs, “without looking at whether it harms the worker or not.” The senator and leader of the New Democratic Party spoke about the announcement, Jimena RinconExpressing his desire to see the promise of “putting people at the center” fulfilled, he said, “it is necessary to weigh which technical features are proposed that will translate into benefits for Chile.”

Finance Minister, Mario MarcelThis Jupiter tries to clear doubts and appreciates them Social Security “is going to fund corrections for system-created inequalities based on gender.” Or the way the person’s working life has gone”. In this sense, Marcel explained that in terms of gender “life expectancy is different between men and women because their life spans are different”.

Regarding doubts about the program’s viability, Marcel told the press, “Social Security is going to accumulate reserves to ensure these benefits are maintained over the long term.” Finally, the official addressed the opposition’s questions on the decision AFP Welding And the executives pointed out It will cease to function as it is currently knownBut “That doesn’t mean there won’t be private investment managers.”.

The current pension system was created in the 1980s during the dictatorship of Augusto PinochetBy the then Labor Minister, Jose Pinera, brother of former President Sebastian Piñera. The system establishes that AFPs are responsible for collecting and managing workers’ retirement savings under the individual capitalization system.

AFP Los Get millionaire profits after investing those savings in the marketIt adds up to eight percent of Chile’s GDP. With the social outburst of 2019, citizens’ demands regarding this issue intensifiedMillions of people protested in the streets with slogans of more social justice for Chile.