Dibu Martinez (6): He almost never intervened against an opponent who tried to attack with power, but he did not come in practice. Conventional security.

Gonzalo Montiel (6): He accomplished that despite little activity at Sevilla. He was unaffected by the brand and projected well.

Christian Romero (7): A wall removed everything from above and below. In addition, he added two high-quality starts from the bottom.

Nicolas Otamendi (6): Relentless on the mark, he was unafraid of the friction offered by the Jamaican attackers. He knows how to drive fair from the bottom.

Nicholas Tagliafico (6): This happened with a good reading of the game, always showing itself as a desire to expand the field. An impressive tandem with Lo Celso. And he did not come to the side.

Guido Rodriguez (7): He always played well and first. Clever, he even scored the opposite goal: at 30, he appeared at the second post to connect a ball combed by Otamendi, but he finished wide.

Alexis Mac Allister (7): Engaged on the game circuit, he has provided movement and touch, ensuring he is getting closer to guaranteeing a place at the World Cup. In the fill he provided a first class assist to Lautaro Martínez that didn’t end with a centimeter shout.

Young Lo Celso (8): The image of the court until Messi entered. He played with the pitch map in his head and made everyone dance. He hit two shots from the edge of the area that could have been goals. A growing topic.

Angel Di Maria (6): He had his first chance to score and the goalkeeper blocked it. Always unbalanced, sometimes he was right, other times he was imprecise, but he always tried.

Lautaro Martinez (6): A nice cut back to Julian Alvarez and the assist makes it 1-0. He played well with his backs and gave himself forever. 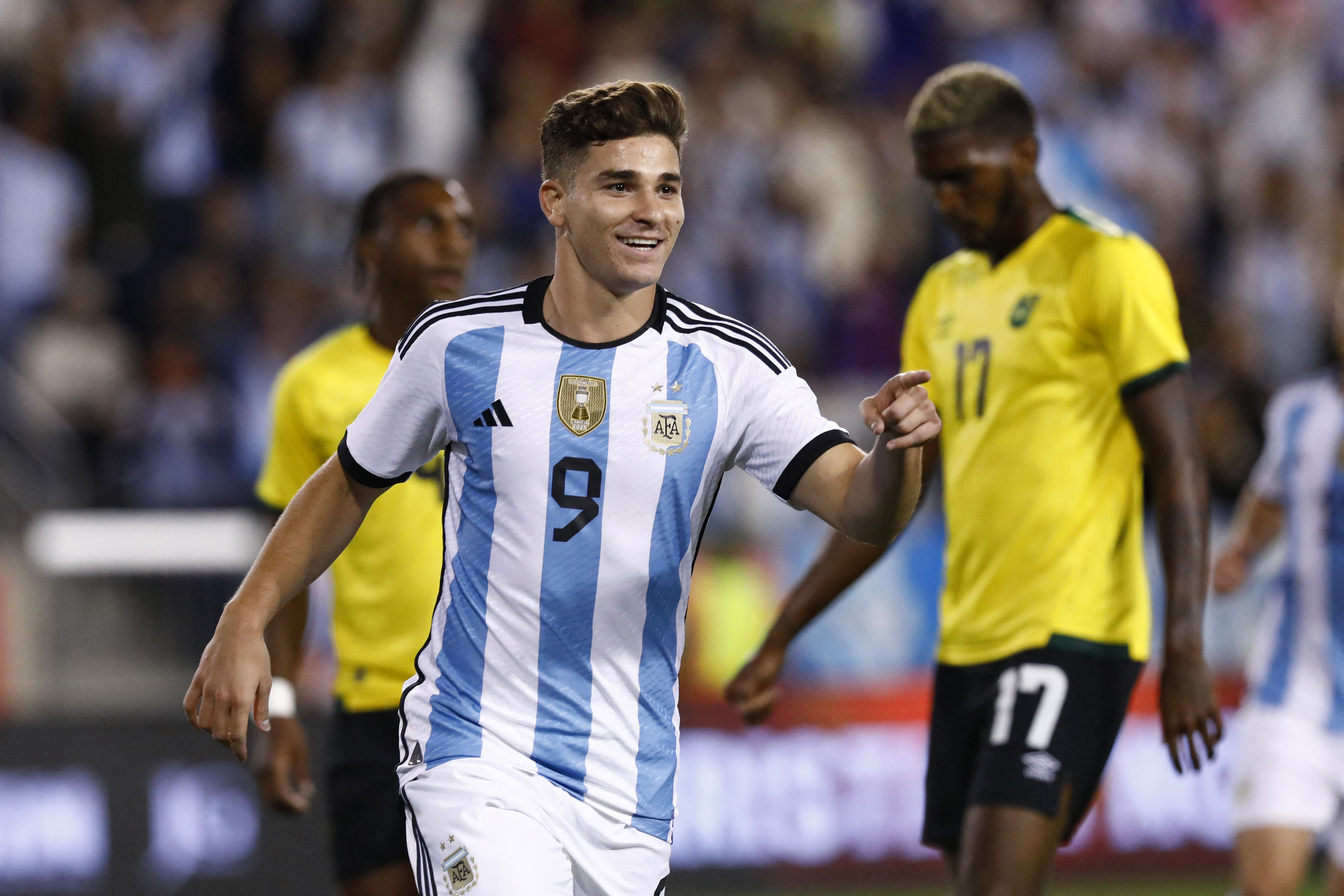 Julian Alvarez (7): After an assist from Lautaro Martínez, he scored his second goal of the 9th entry into the national team. He rotated with the bull, moving in and out, pressing the entire time, just like on the river.

Lionel Messi (9): Two brushes were enough to hammer the competition. Due to fever, he played for more than half an hour, but when he turned on he extracted gold from his boots. He created four clear chances and converted two. First, with a wall that didn’t come out, but he found the ball anyway and took a dangerous left-footer. The second, from a free kick, was sheer trickery. People asked for it, and he returned every penny of the dollar that was the ticket price.

Enzo Fernandez (6): Less solid than against Honduras, but looser. He entered as number 5, distributed and promoted.

Nahuel Molina: He entered well and was always ready to put himself forward.

Joaquin Correa: Eagerly, he regretted that the umpire delayed his conversion.

Rodrigo DePaul: Stepped in to activate Messi, trying to build walls. And two goals came from the PSG star.

See also  "Do not confuse the other's husband": they hung the sign of betrayal on him, but they were wrong and the apology march was extraordinary

Lionel Scaloni (7): Is it a test? He tested three formations in 90 minutes. He changed the names, the proposal didn’t. 35 games unbeaten, With an agreement to renew the contract. A nation is excited about the Argentina team on the brink of the World Cup. 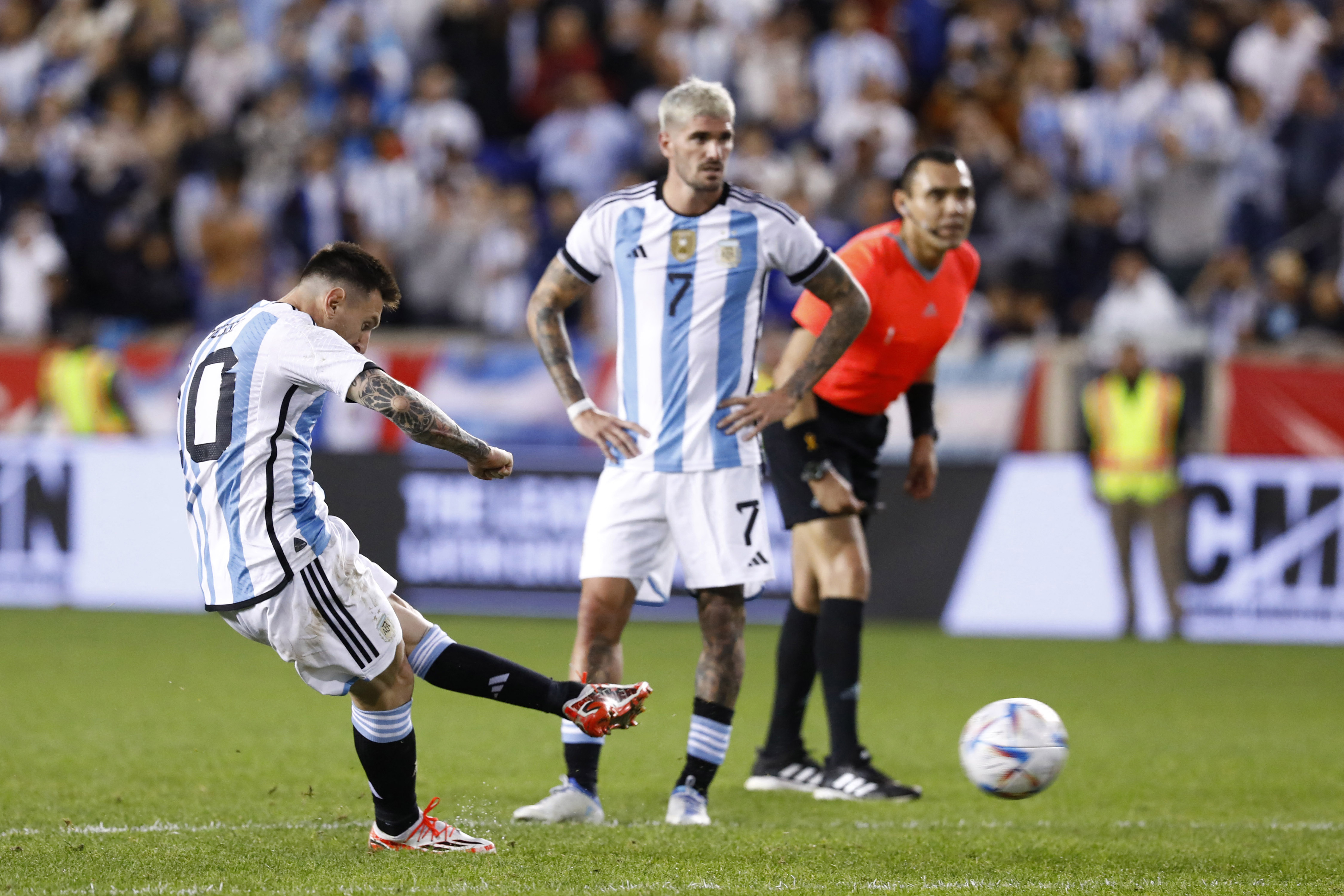 Messi and De Paul, the company that sent the blind to meet (Photo by Andres Kutaki/AFP)

With another Messi show, Argentina beat Jamaica 3-0 at the end of their US tour.
Messi revolutionized New Jersey: an explosion at his entrance, intruders jumping onto the field to hug him and two big goals to decide the match
28 touches, a masterful assist from Lautaro Martínez and definition from Julián Alvarez: it’s 1-0 for Argentina against Jamaica.
Argentina extend unbeaten run to 35 games before World Cup in Qatar: How far from longest streak in history
The best memes from Argentina’s win over Jamaica: From the bench to Scaloni to the “infiltrators” who wanted to hug Messi