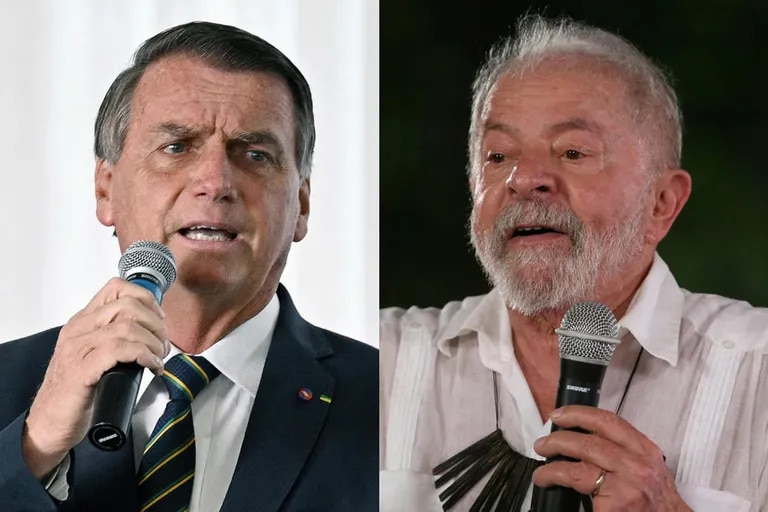 Full Election competition heading towards October 30 Polling, Brazil’s presidential candidate polls positive Luis Inacio Lula da Silva About the President Jair Bolsonaro was reduced by less than 5 percentage points. According to a new survey released this Thursday by At AtlasIntel.

In his first poll since the first round of elections on October 2AtlasIntel found that 51.1% of voters supported Lula Y 46.5% supported Bolsonaro. Excluding undecided and null votes, the leader of the Workers’ Party (PT) has 52.4% support and the incumbent president 47.6%.

In a polarized first round and with a total of nine candidatess, Lula received 48% of the vote compared to 43% for Bolsonaro. It laid the groundwork for a surprisingly complex vote on October 30.

“The picture from this survey shows a tougher fight for Lula than it first appeared, a certain advantage that will be difficult to overcome,” said Andre Roman, CEO of AtlasIntel.

AtlasIntel was one of several pollsters criticized for underestimating support for Bolsonaro in the first round, although it came closer than many traditional polling firms.

The leftist leader, who served from 2003 to 2010, needs 1.2 million votes to win a third term, while Bolsonaro needs 6 million to win re-election.

AtlasIntel randomly selected 4,500 voters across the country online between October 8 and 12. The poll has a margin of error of approximately one percent.

Meanwhile, one PoderData survey Published yesterday revealed a similar distance between the presidential candidates. According to the survey, former President Luiz Inacio Lula da Silva has 48% of voting intentions and President Jair Bolsonaro has 44% of voting intentions, unchanged from a poll published last week.

Additionally, according to the survey, the white and null vote was 6% and the undecided vote was 2%, consistent with previous polls.

According to the valid vote criteria, which excludes white, null and undecided votes, Lula emerged with 52% of the vote compared to 48% for Bolsonaro, the same view as last week’s poll.