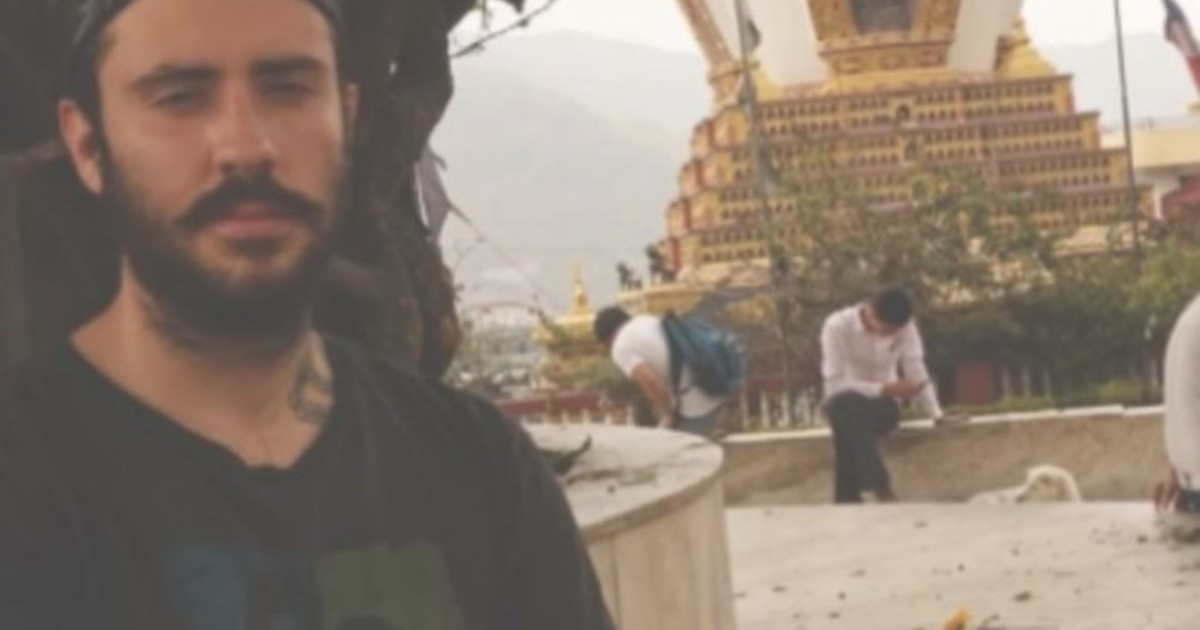 Oscar tells Claire the other side of the story of despair: his son Nicolas Bossi is imprisoned in the hot spot of Mali, where “he doesn’t see the sun.” His passport has expired in a country where it is a crime.

Oscar says he has no more tears to shed. When the first fell from his eyes His son called him to say he was being held in Mali For holding outdated documents. The second was when he confirmed his stay A prisoner in a prison in an area known as the “pot of Africa”.Because of its burning temperature.

The third, on the other hand, is neither anguish nor sadness: Oscar cried when his son called him and then to inform him that he had attained freedom Living in hell for over six months.

The story of Nicolas Bossi (32) began ten years ago. The young man, born in the city of Mercedes in the province of Buenos Aires, understoodYour life was far from over And his place, on the other hand, is beyond the boundaries of the typical city of wet pamba. So he began to travel. with him Backpack and sleeping bag First he toured South America, then Europe, Oceania and Africa. The world belongs to him.

In the first months of this year, when Nicholas was His passport has expired in Morocco. Then he traveled to Senegal and finally In May he decided to go to Mali, where he entered with an expired document. That moment The beginning of his trial.

Nicolas Bossi was jailed in Mali, known as the “pot of Africa”.
See also  Predictions: Bill Gates looks forward to 2022 and reveals a dangerous omen about the epidemic

While Nicholas He rested in one of the country streets The police interrogated him. By proving the expiry date on his documents, he was detained. In Mali, do not carry documents proving identity Considered a criminal offence. They accused him of being undocumented BumFor non-recognition of premises and permanent occupation.

The first thing Nicholas did at that moment was to call his father: “They are taking me to a place to ask me some questions because my passport has expired, but Rest assured that everything will be alright“. So Oscar shed his first tears. Maybe he knew what was coming.

The months that followed were painful. A total of six since May 17, when they last spoke at length. In the middle, Oscar started as much as possible All kinds of actions. He went out to speak to all the media He contacted the Ministry of External Affairs.

Nicolas Bossi, an Argentine globetrotter, traveled for ten years until he was arrested in Mali for having expired documents.

Without an Argentine embassy in Mali, the only way to go Very close, in Algeriawhy A mission He went to the place of detention to collect the passport with the urgent purpose of documenting it.

He also revealed on that trip Care Regarding the young man’s situation, it was requested that his rights be guaranteed in accordance with all the provisions of the Vienna Convention on Diplomatic Relations.

Nicolas Bossi, an Argentinian who was arrested in Africa.

That’s when 189 days Nicholas was arrested Little did he know🇧🇷 The family communicated frequently with a social worker Who from the prison – in rudimentary English – told them that the young man was fine. But I didn’t send them photos or videos. Communication was almost nil and frustration grew.

Through a connection they reached a lawyer from Algeria, who put them in touch with another lawyer from Mali, who eventually took the case. After two weeks of paperwork, Nicholas was paroled.

“On Tuesday, After Argentina’s match against Saudi ArabiaA phone rang A very rare feature And I attended. It’s Nico. I couldn’t believe it, it was wonderful to hear it again,” recalls Oscar. But the story haunted him again.

Without seeing the sun, polenta was kept in prison once a day and at a temperature of 46°C

About the days his son was still in prison There are things you don’t know. But in those 20 minutes they were able to talk Nichols described some of the ordeals that took place in the African underworld.

Nicolas Bossi and his father, Oscar, are desperately on the other side of the world.

“I didn’t want to ask him too much about his days, it must have been so painful, he told me he was locked in a cell with 10 others, sleeping, his head touching the other’s feet. They gave it to him Polenta or rice once a day. I don’t see the sun And there was a very short daily excursion,” he says.

The place where Bossi was arrested is located in the city CayceKnown as “Pot of Africa” ​​because of its intense heat. This place is considered to be the hottest part of the continent where people live permanently.

Surrounded by mountains rich in iron ore, which helps keep the thermometer warm, the average temperature in the city is 35 degrees Celsius. in months April and May can easily exceed 46°C.

Nicolas Bossi spent 189 days in prison in Mali. On the day of Argentina’s match against Saudi Arabia, on probation, he was able to call his family,
See also  Now who will look after Queen Elizabeth II's corgi dogs?

Now Nicolas will await the continuation of the process in Bamako, the capital of Mali He rented an apartment. Every Friday You will need to go to the nearest police station to get signed Prove that it conforms to the order.

The hearing, which has an abbreviated form, could be dated next month Imprisonment for 8 to 10 monthsSo it is already more than half done.

In the months since Nicholas was deprived of his freedom, on the young man’s birthday, August 28, his mother sent a message to the prison saying she hoped she would see him one day.

The message reads: “Every day I imagine the day you appear in the window And tell me: ‘Hello, mother, here I am’. I love you so much. Never forget about it. I request you to take care That you are very, very strong. I am always waiting for you.”

In Mercedes, where the fried cake provincial festival is held, his family is waiting for him. With comrades and hugs. And maybe some tears That should pour more.