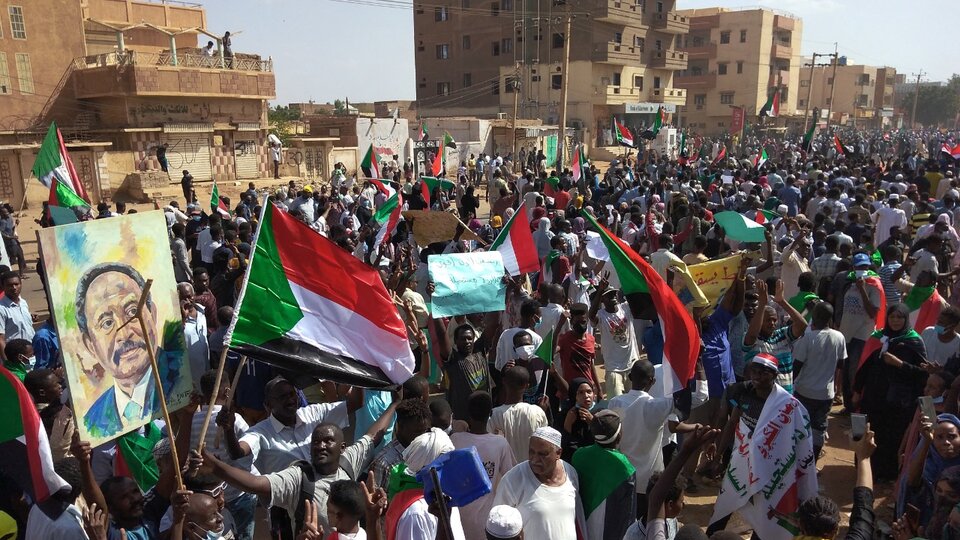 Sudanese protesters set up barricades in the streets of Khartoum against the coup on Sunday The day after the bloody crackdown on protests. Tens of thousands of people across the country rallied on Saturday against this Led October 25 coup El General Abdel Fattah al-Burhan, who He dissolved the government, declared a state of emergency, and detained civilian leaders.

At least three people were shot dead and more than 100 were injured in what became known as Saturday’s protests. The number of victims of police repression has killed at least 12 people and injured about 300 Since the protests began, the pro-democracy doctors’ association has announced the deaths of two protesters this Sunday.

Protesters chanting “No to military government” waved Sudanese flags and marched through the capital and other cities.

The African nation has been governed by a civil-military council since August 2019 under the direction of Prime Minister Abdullah Hamdock to achieve a democratic transition. Hamdok and other leaders have been detained or placed under house arrest since the coup.

President of the United States, Joe Biden, The blow was a “severe setback”, When The African Union has suspended the country for “seizing power unconstitutionally”. The World Bank and the United States have cut off aid, which could have a severe impact on a country already mired in a severe economic crisis.

But Burhan, who became a true leader in 2019 after the ouster of former President Omar al-Bashir following massive youth-led struggles, insists that the military takeover is “not a coup.” On the contrary, Burhan says he wants to “adjust the course of Sudanese change.”.

See also  Blue eyes are an unexpected discovery that unites everyone

Protests on Saturday shook several cities in Sudan, including the eastern states of Kedah and Kasala, as well as northern Cordofan and the White Nile. On Sunday morning protesters took to the streets again and blocked the roads using stones and tires.

Commercial shops in the country’s capital, Khartoum, are often closed, with many government employees refusing to work as a sign of protest. Army and paramilitary soldiers were spotted on the streets and set up random checkpoints looking for visitors and cars.

Internet access was cut off after the military coup, while telephone connections were no longer in service.