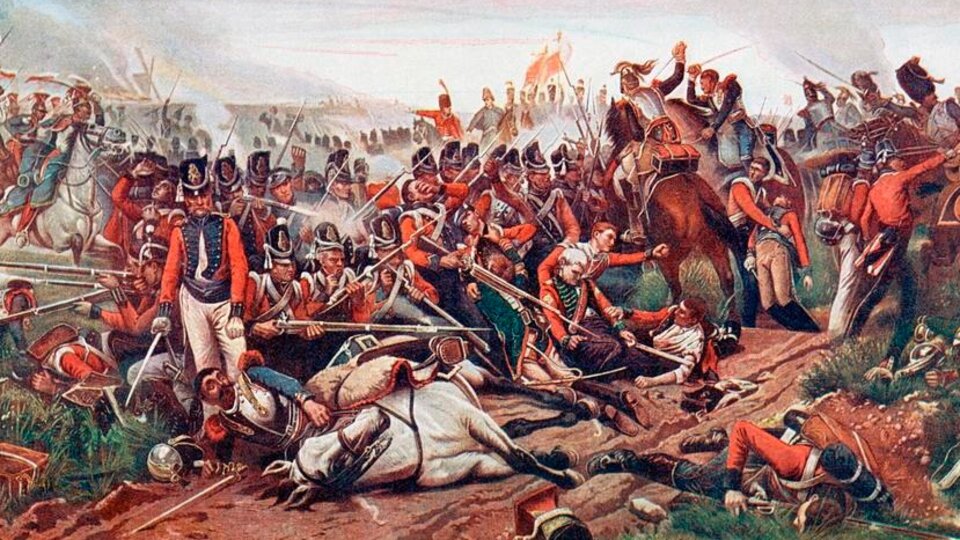 Historians and archaeologists believe that some of the bodies of thousands of soldiers and horses who died at the Battle of Waterloo in 1815 were found for a specific reason: Locals stole the bodies and used their bones to bleach beet sugar.

The battle, fought on June 18, 1815 in present-day Belgium, marked the victory of Lord Wellington against a decisively defeated Napoleon. Between 10,000 and 30,000 French, British, German and Dutch soldiers died.: Apparently many bodies were exhumed and sold to the sugar industry.

Belgian historian Bernard Wilkin, head of the State Archives in Liège, explained on the public broadcaster RTBF that in 1820, around Waterloo, “peat was replaced by wheat”. He noted that “The sugar industry was established with bone stoves. The market value of bones, theoretically animal, rose.”. Interestingly, thousands of horses died in the war, leaving almost no remains.

The farmers of the area, realizing the value of the bones and knowing where the burials were, They would have dug up the corpses to recover the skeletal remains and sold them as animal impersonations so that a black powder could be made in the blast furnaces. The sugar syrup was filtered.

“From 1834 onwards, written evidence shows an increase in incidents: Travelers who saw exhumed bodies, members of parliament condemn the smuggling of ‘rotten bones’ and the mayor of Bryn l’Alloud (a town near Waterloo) warns with a sign that exhumation is prohibited and punishable,” Wilkin said.

The municipality’s communal archives contain documents for the mayor “He clearly talked about digging up corpses to trade with them.”It warns against this practice and reminds people that the penalty was imposed by Section 360 of the then Penal Code.

The research, which also involved archeology professor Tony Pollard from the University of Glasgow and German historian Robin Schaffer, He allowed me to find dozens of documents in Belgian, French and German archives that support his thesis.

1879 German newspaper article Prague daily newspaper I suggested that Using honey to sweeten foods avoids the risk of “your great-grandfather’s cells dissolving in your coffee one fine morning.”. This was pointed out by the British newspaper Daily MailIt also publishes findings this Thursday.

Additionally, evidence from parliamentary debates in Belgium bears this out The country did not export bones to France between 1832 and 1833, and trade in this commodity peaked after 1834.When 350 thousand kg of skeletal remains were sold to the country.

Pollard’s earlier work showed that Some of the bones of the Waterloo dead were crushed and used to make composthighlights Daily Mail.

I was able to pay for the bones “Hundreds of thousands of francs at that time, many times what a worker would earn in a lifetime.”The Belgian historian adds in his testimony to public radio and television that the sugar reached the cakes of the time and wonders if the ancestors of today’s Belgians were “cannibals”.