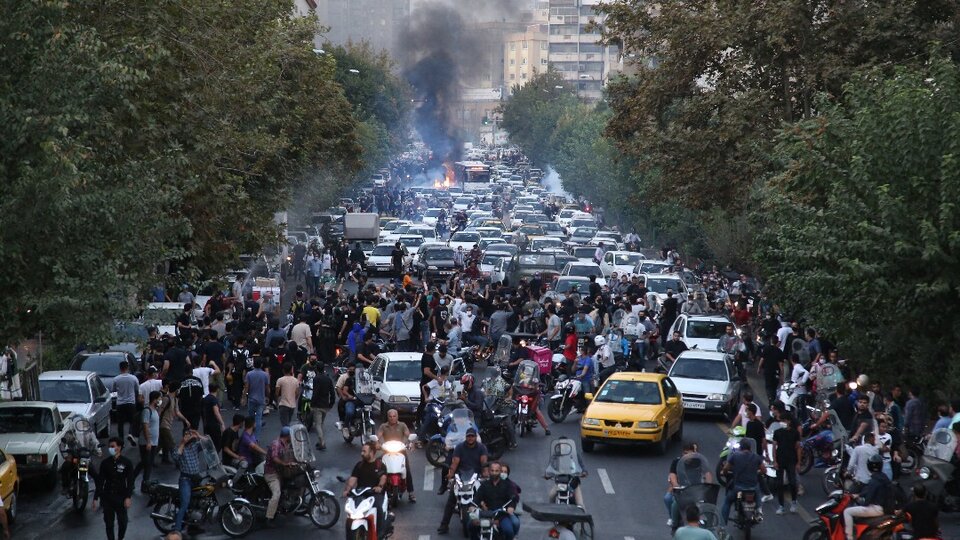 At least eight demonstrators have died in recent days of protests in Iran as of this Wednesday, according to an official tally by authorities and another tally by a human rights group.

Public outrage erupted on Friday when authorities announced the death of 22-year-old Masha Amini, following her arrest by morality police who were working to enforce a strict dress code for women.

Protests broke out this Friday in his home province of Kurdistan, whose governor Ismail Sarei Kousha said on Tuesday that three people had been killed, without specifying when. Like other officers, he blamed the deaths on an enemy conspiracy.

On Wednesday, Kurdistan Police Commander Ali Azadi announced the death of another person, the Iranian News Agency reported. Tasnim. Also, two more protesters were killed in Kermanshah province, district attorney Shahram Karami was quoted as saying by Fars news agency. “Unfortunately, two people were killed in the riots yesterday. “We are sure that this is the work of counter-revolutionary agents,” he added.

In addition to these deaths, the Norway-based group for the defense of Kurdish rights, Hengau, indicated on Wednesday that two more protesters had died in the early hours of the morning in West Azerbaijan province. The victims, aged 16 and 23, died in the cities of Branshahr and Urmia, where major clashes took place, Hengau said.

Another protester, a man, was injured in Diwantare, Kurdistan on September 17 and died in hospital, the group added. However, it is not known if it was the death shortly after it was announced by the police chief. Henggao said another 450 people were injured and nearly 500 were arrested, figures that could not be verified with an independent source.